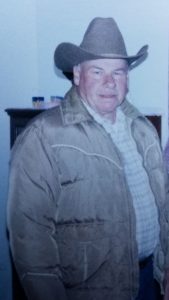 PARKERSBURG — An 84-year-old man is the latest to be identified as dying under suspicious circumstances at the veterans hospital in Clarksburg.

Army veteran Archie Dail Edgell, who lived most of his life in Doddridge County, died March 26, 2018, at the Louis A. Johnson VA Medical Center, said Dino Colombo of Clarksburg, the attorney representing the Edgell family.

Edgell, drafted into the U.S. Army in 1953, is the fourth person to be identified to have died under suspicious circumstances at the medical center where an investigation is underway by the independent inspector general of the Department of Veterans Affairs.

The circumstances of Edgell’s passing were similar to the others, Colombo said. Edgell was admitted to the medical center in preparation of being placed in a VA nursing home, but died three days later.

An autopsy was performed on Edgell in December.

A portion of the report completed in June provided by Colombo said during Edgell’s hospitalization, his diabetic medication of injectable Detemir and oral Metformin was held.

From March 24-25, while he was experiencing the hypoglycemic events, Edgell was being given glucose, but it didn’t raise his blood sugar levels, according to the report.

“These findings are strongly suspicious for unprescribed exogenous insulin administration during his hospitalization,” the report said.

A notice of claim against the Veterans Administration will be filed within a week or so, Colombo said. Money isn’t the issue, rather, it’s justice for the veterans and families, he said.

The issue is will the Department of Veterans Affairs make the families go through administrative red tape or “step up and do the right thing,” Colombo said. The government has six months to respond to the notice, he said.

“Everybody knows what happened,” that the veterans died while under the care of the medical center, Colombo said. “The real question is what is the VA going to do about it?”

He was an accomplished musician, playing in local groups including the Gospel Strings of Salem and in an Army band, The Ivy Troubadors, while stationed in Germany in the 1950s.

Medical examiners performing autopsies on McDermott and Shaw ruled the deaths homicides and that they were injected with insulin that was not required or prescribed and died from hypoglycemia, extremely low blood sugar. An autopsy could not be performed on Hallman as he was cremated.

The notice of claim against the Department of Veterans Affairs by Melanie Proctor of Ellenboro over the death of McDermott, her father, was the first time that it was disclosed federal investigators believed nine or 10 other veterans also died under suspicious circumstances at the medical center and that there was a person of interest in the deaths.

Allegations of misconduct do not involve current employees at the medical center, Dr. Glenn Snider, director of the facility, has said. The person of interest was removed from the position in Clarksburg, he said.