Hospital Closings Hit Hard on the Edge of the Rust Belt 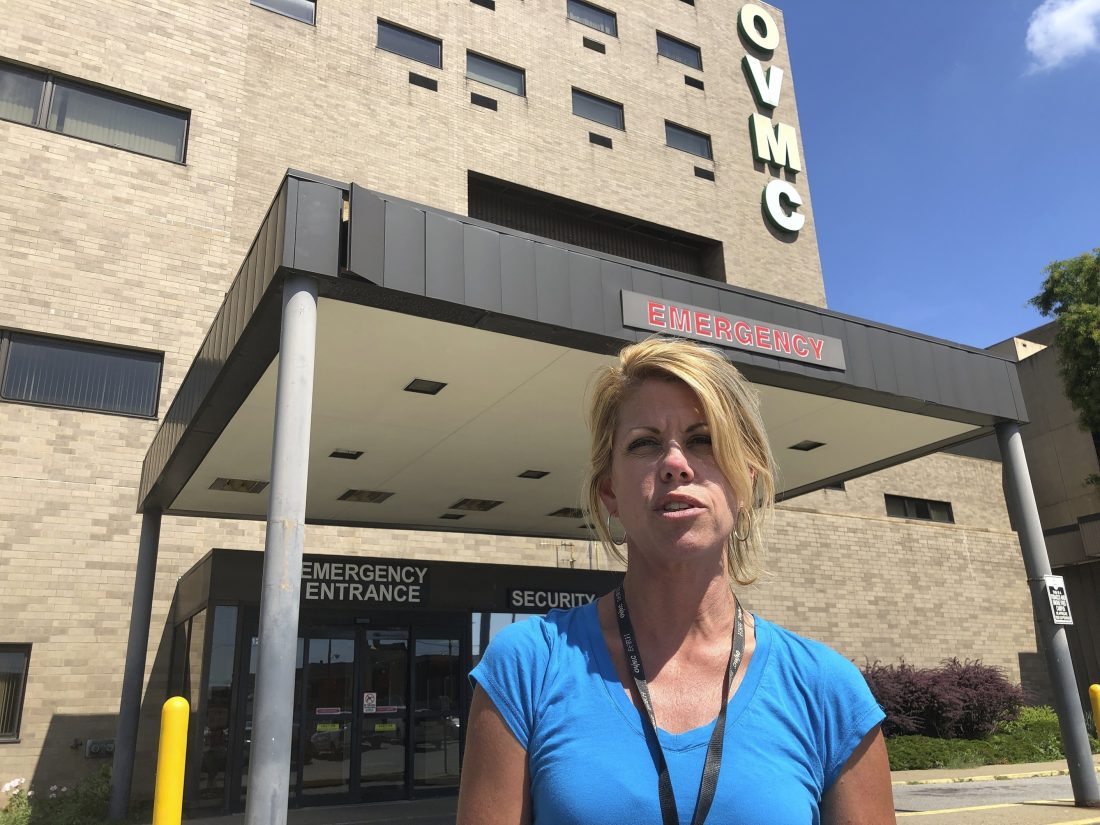 WHEELING, W.Va. (AP) — Carrie Jones is looking for work for the first time in two decades. She’s even more worried about what will happen to her psychiatric patients.

“Where are they going to go?” Jones said. “We’re honestly like their family.”

Jones is among nearly 1,100 employees being laid off at Ohio Valley Medical Center in Wheeling and sister facility East Ohio Regional Hospital in nearby Martins Ferry, Ohio.

The layoffs are the latest blow to a region on the edge of the Rust Belt that hasn’t fully benefited from the economic recovery that President Donald Trump — who attended a private campaign fundraiser in Wheeling in July — has touted. The area had managed to hang on after steel mills and other manufacturing plants closed, in part by forging a new identity as a health care hub.

But after two years of ownership, Irvine, California-based Alecto Healthcare Services announced both hospitals will close by next month.

The company cited several factors, including losses of more than $37 million since taking over, increasing facility improvement needs and the lack of a potential partner or buyer, including a cross-town hospital.

Acute and emergency admissions were suspended Wednesday night at OVMC, where workers held an emotional candlelight vigil just before midnight.

The Appalachian hilltop region’s economy has steadily eroded in recent decades, a trend forecasters expect to continue. Steel mills farther north were shuttered long ago. Aluminum and other manufacturing plants in Ohio left as well.

As the jobs went, so have residents. The population in the three-county area on either side of the river about an hour west of Pittsburgh has fallen steadily since the early 1980s, including a 5.3 percent drop from 2010 to 2018.

Powered by a natural gas fracking boom, employment rebounded after the Great Recession. But a 2018 report by West Virginia University researchers said the area would need “a significant positive economic shock” to halt long-term declines.

North of Wheeling, a natural gas-fired power plant is planned on a reclaimed coal strip mine but would create only 30 permanent jobs. In Ohio, a petrochemical plant proposed in Belmont County has languished in the planning stages for years.

A block away from OVMC, the 166-year-old Centre Market District is filled with restaurants and shops that cater to hospital workers and patients’ families. Some business owners said they will be affected by the hospital closing but are prepared to handle it.

A few miles east, Wheeling Hospital is one of the state’s top 10 private employers. In Ohio, three of Belmont County’s top employers are hospitals. Doctors who work at the two hospitals will be forced to go elsewhere.

Belmont County’s seasonally unadjusted unemployment rate of 5.0 percent in July was slightly above the state rate of 4.6 percent but lower than surrounding counties. In Ohio County, where Wheeling is located, the 3.9 percent rate is well below the 4.6 percent state average.

West Virginia Department of Health and Human Resources spokeswoman Allison Adler said DHHR staff and Gov. Jim Justice have “been striving to ensure that as OVMC leaves the Wheeling market, there is no lapse of quality care for those patients transferred to other facilities, and that services provided by OVMC remain available in the community.”

“All parties will continue working together and are hopeful that a plan will be in place very soon to maintain as many of the services previously provided by OVMC and in turn keep as many jobs in the Wheeling community as possible.”

Calls to the hospital and the parent company about the welfare of those patients weren’t returned.

Jones, an activity therapist in the Wheeling hospital’s psychiatric unit, works daily with adults in yoga, music therapy and nutritional education, and takes children to play outside or to a gymnasium. She said OVMC’s 68-bed acute psychiatric facility is the only one of its type within 75 miles.

“It takes them a long time to trust people,” Jones said. “These are people, the doors have been shut on their faces time after time after time. They know they can come to us. Now it’s just one more door.”

A 7-year-old girl who was abused and removed from her home has been at the psychiatric facility for a month.

“If I could take her home, I would,” Jones said.

Other children in the facility struggle with anger, depression, anxiety or suicidal issues.

“To shut this psych facility down would be tragic for these patients,” Jones said.

Katie Matthews, an OVMC radiation therapist for cancer patients, has applied for a job in Pittsburgh.

“Most of us are pretty angry,” Matthews said. “In our department, nobody knows where we’re going to go.”