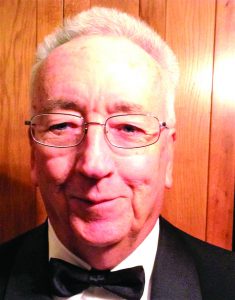 WHEELING — Jerry Jacobs said he wants to put Wheeling on a new path if he is elected mayor next year.

Jacobs, a lifelong city resident, has announced his candidacy for mayor, making him the first candidate in the cityís 2020 mayoral race. One of his plans, if elected, would be to repeal the city’s $2 user fee.

ìIím humbled by the numerous contacts from throughout the community supporting my disappointment in the path the current mayor and council have decided to travel,î Jacobs said. ìIt is this outpouring of support and encouragement that has led me to seek the office of mayor.î

Meanwhile, Mayor Glenn Elliott said he plans to decide whether to run for re-election before the end of the year, most likely before December. No other candidates have yet announced for the seat, which will be determined during the May municipal election.

Jacobs, a U.S. Army veteran, worked more than 40 years in the construction industry, and is now ìsemi-retired.î In recent months, he has gained familiarity among Wheeling residents for letters to the editor that questioned the policies of city officials, he said.

ìIíve been urged by a number of people to put my money where my mouth is,î Jacobs said. ìThereís a large group of disgruntled, unhappy taxpayers who feel like weíre going in the wrong direction. Wheeling needs to go in a new path.î

Jacobsí platform includes several planned changes to ìright sizeî the city. He would repeal the $2 user fee Wheeling City Council approved in August, reduce business and occupation taxes and ìget the city out of the business of property development,î according to Jacobs.

ìFor businesses in Wheeling and lower-income workers, thatís big money to them,î he said of B&O taxes and the user fee, which will tax workers on a weekly basis starting in January.

Other plans include enacting an ordinance to prohibit adding taxes or fees without voter approval, demolishing abandoned or condemned buildings and eliminating the cityís Facade Improvement Grant program.

Jacobs also has broader goals of increasing the publicís awareness of how Wheelingís government runs.

ìThe biggest thing is that I want to make sure everybody knows whatís going on. Itís their government,î Jacobs said.

According to his platform, Jacobs would conduct several public budget meetings per year ìso citizens can have a better understanding on the finances of their city.î He would also encourage public discussion at City Council meetings and seek comments from taxpayers before passing ordinances, he said.

Jacobs said he believes Wheeling and City Council should have broader plans for the future, and he plans to implement a five-year or 10-year plan for the city. He cited something he learned in construction: ìIf you fail to plan, plan to fail.î

In addition, Jacobs hopes to create a low-interest grant program for low- and moderate-income homeowners to upgrade their owner-occupied properties. He also plans to form a day-laborer program to help the unemployed, according to his platform.

ìItís not a Jerry Jacobs campaign,î he said. ìI donít want to be mayor. Iím being forced to be mayor to respond to people to give them a choice. I urge everyone that lives within the city of Wheeling to register to vote and become outspoken as to how their city is being run or should be run.”

Elections for Wheeling mayor and City Council will take place on May 12, 2020, and those elected will take office July 1.