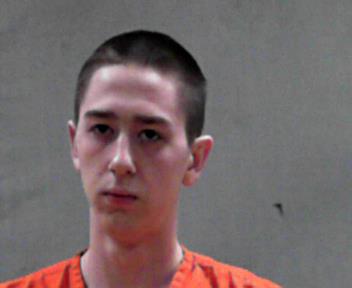 WHEELING — An Ohio County grand jury this week indicted Crandall Lee Senkbeil for murder in the shooting death of a teenager in January.

Senkbeil, 19, was originally charged in May with first-degree murder by the Ohio County Sheriff’s Office in the Jan. 23 shooting of Caleb Smail, 19, inside an Ohio County residence. The grand jury returned its indictment Monday.

Senkbeil is accused of going to Smail’s house near Clinton and going inside his room, before fatally shooting him in the chest. A lockbox containing $10,000 was missing from the room, and Senkbeil allegedly told a friend that he took the safe, but that the shooting was an accident, according to court documents.

The friend reported his conversation with Senkbeil on March 22, almost two months after the shooting.

Senkbeil’s phone was tracked on a route consistent with someone traveling between his Elm Grove residence and Smail’s residence, police said. The two were known friends and associates.

Senkbeil remains in the Northern Regional Jail without bond.