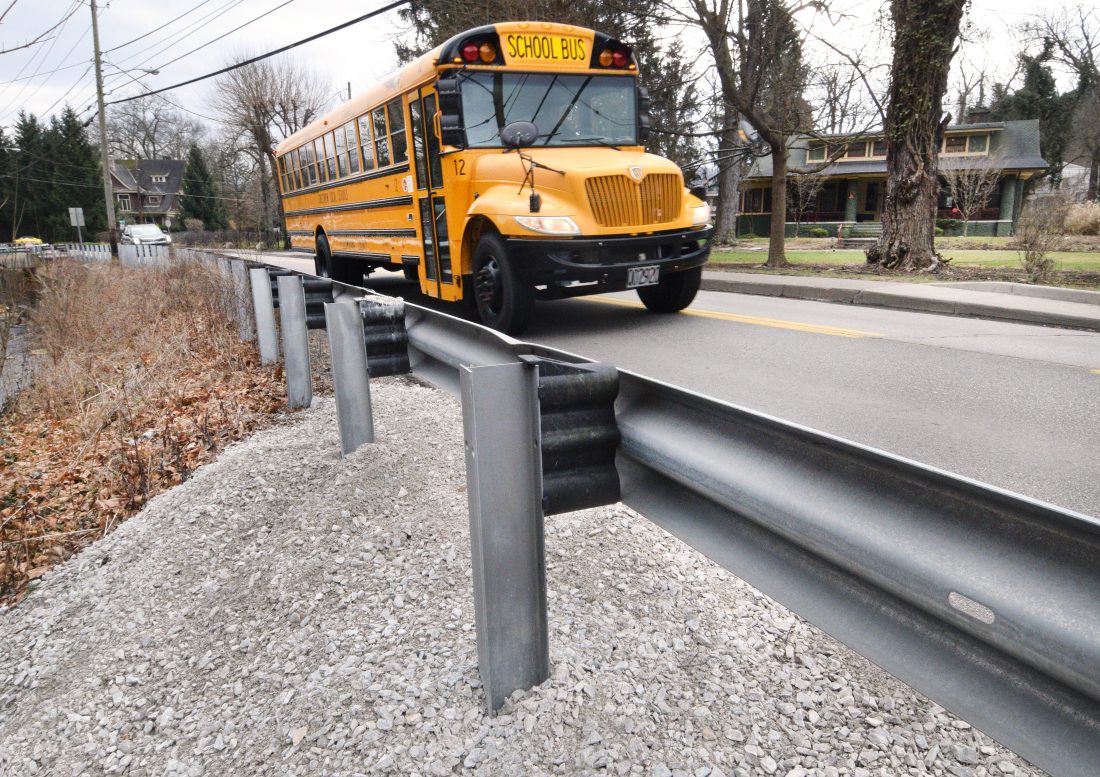 Photo by Scott McCloskey A school bus travels past a recently repaired road slip along W.Va. 88 near Wheeling this week.

WHEELING — Nearly one million pounds of steel has been used over the last six months in Northern Panhandle counties as part of Division of Highway’s efforts to repair approximately 38 road slips.

Between DOH crews and outside contractors, 994,140 pounds of steel piling has been used to stabilize slip areas in the northern panhandle since July, according to Tony Clark, Acting District Engineer for WVDOH District 6, which includes Brooke, Hancock, Marshall, Ohio, Tyler and Wetzel counties.

Clark said slip repairs have taken place “all over” the district.

He said many are larger in size and require much more work than others, and crews do their best to try and spread out the repairs to the roads that are a higher priority and have a higher volume of traffic.

Clark noted that slips are positioned below roads, while slides are when the hillside collapses above a road.

“The steel beams that are used weigh 42 pounds-per-foot and average 30 feet long,” Clark explained. “That amounts to 23,670 linear feet of steel being drilled into the ground along our roadways to stabilize slip areas throughout our district, which is a tremendous amount of steel and represents the highway’s commitment to maintaining and preserving our infrastructure.”

He said all of the steel being used on DOH projects is U.S. made steel.

Whether the drilling work is performed by a contractor or by DOH crews, Clark said the state workers provide support services in the form of excavation and backfilling.

While Clark was unsure of the specific number of slips still in need of repair throughout the entire district, he estimated it is still in the “hundreds.”

“We’re still chipping away at them, trying to hit the ones with the higher traffic volume,” he said.