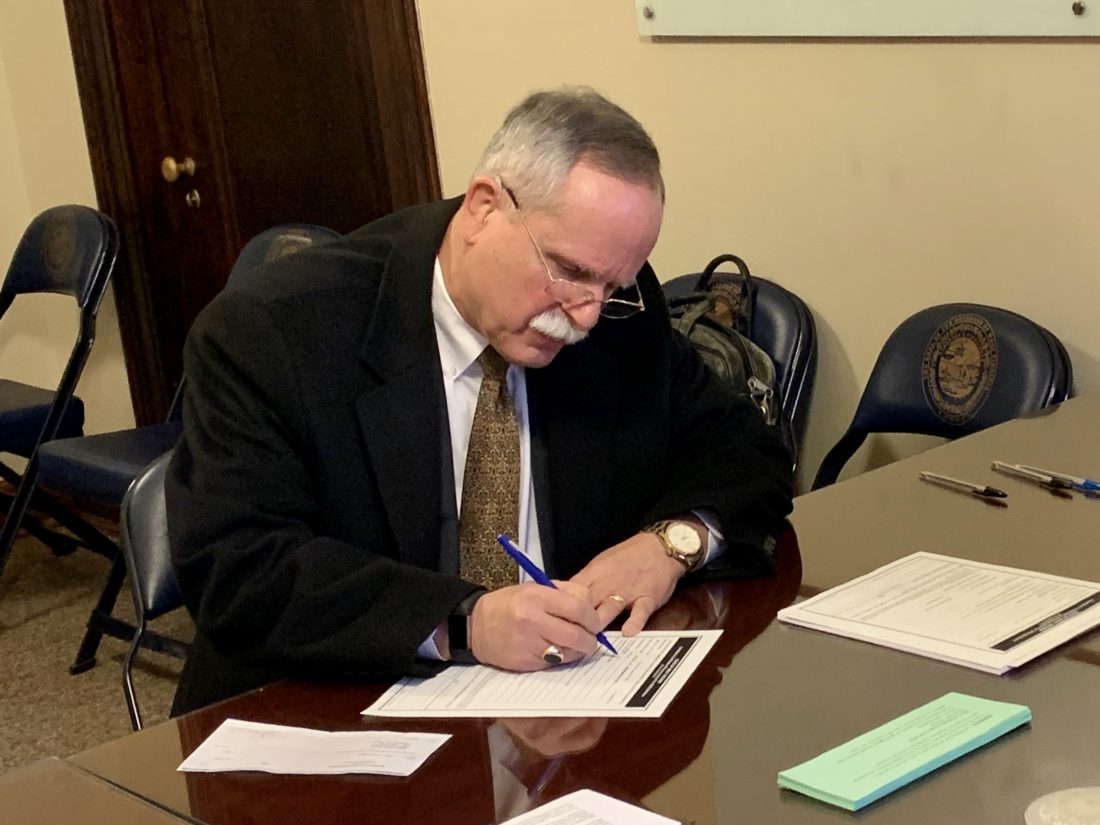 CHARLESTON — The remaining incumbents to the U.S. House of Representatives from West Virginia filed for re-election on Wednesday.

U.S. representatives David McKinley, R-1st, and Carol Miller, R-3rd, filed in the office of the Secretary of State to run in the May 12 Republican primary for the House. U.S. Rep. Alex Mooney, R-2nd, filed last week.

This could be the last election for the state’s three congressional districts. Researchers at West Virginia University expect the state to lose one of its districts due to substantial population loss over the last decade.

Once the latest numbers from the 2020 U.S. Census are compiled, the West Virginia Legislature will have to meet in special session to redraw the congressional districts.

McKinley, in his fifth term, was first elected in 2010 after long-time Democratic congressman Alan Mollohan was defeated in the primary by Michael Oliverio, a former state senator. McKinley still says there is too much work for him to complete before retiring.

“We’re getting close to getting more things accomplished,” McKinley said. “We had a good year last year getting some bills accomplished, but we have a mission we have to finish. That’s an opportunity to carry on.”

Some of those accomplishments include passing legislation to fund pensions and health care for retired miners, an additional $5.7 billion to fund initiatives to fight substance abuse encourage hospitals to use alternatives to opioids, more than $750 million for fossil fuel research to find alternative uses for coal and $2.6 billion for cancer and Alzheimer’s research.

McKinley also continues to push for completion of Corridor H and the creation of the Appalachian Storage Hub.

In 2018, Democratic lawmakers swept the House of Representatives, returning Democrats to the majority for the first time since 2012. McKinley said it’s become increasingly important to work within the system to fight for West Virginia.

“It’s different in the minority,” McKinley said. “You have to finagle the system somehow to get the accomplishments. It was one thing when we were in the majority and we had everything going our way, but now we have such a push-back on some of our legislation, particularly as it relates to fossil fuels.”

As of Wednesday, McKinley so far does not have a challenger in the primary.

Natalie Cline, a Democratic candidate and resident of Wheeling, so far is the only person who has filed for the Democratic primary for the House District 1. She is a part of the WV Can’t Wait movement, a group of more than 70 candidates who signed pledges to not take corporate campaign donations, to stand for working people, to be open to discussing issues, to meet with the public and to not attack each other.

Miller, seeking her second term, is a former member of the House of Delegates from Cabell County. She was first elected to the U.S. House in 2018, beating former state senator and retired U.S. Army officer Richard Ojeda.

She is being challenged in the Republican primary by Russell Siegel of Lewisburg. Three Democratic candidates are seeking the party nomination in the primary: Paul Davis of Huntington; Jeff Lewis of Milton; and Hilary Turner of Huntington, also affiliated with WV Can’t Wait.

Mooney also so far is not facing a primary challenge, but could face environmental activist and researcher Cathy Kunkel in November. Kunkel, also affiliated with the WV Can’t Wait movement, is a resident of Charleston.

Listen to the full interview with Congressman David McKinley on the State of the State podcast, available every Friday on iTunes, Stitcher, TuneIn, iHeartRadio and Spotify.