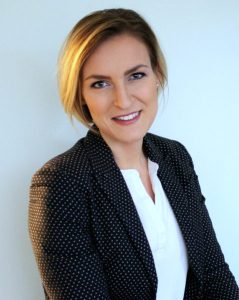 “I have enjoyed my time serving as interim director at Wheeling Heritage,” said Riley. “As former chairman of Wheeling Heritage’s board, I was happy to step in and guide the organization during the last year.”

Since joining the organization, Weld has created a robust entrepreneurial ecosystem by developing the Wheeling CO.STARTERS and expanding Show of Hands – programs that provide knowledge, resources, and support to aspiring entrepreneurs. Additionally, she has facilitated activities in public space development, small business promotion, and building preservation. Her marketing efforts have had impressive results and have garnered national media attention for Wheeling Heritage.

“When Jake Dougherty left Wheeling Heritage last summer to attend law school, we were pleased that Arch could step into the executive director position during the subsequent transition period.” said Jeanne Finstein, board chair. “Arch had served on the Wheeling Heritage board of directors for many years, most recently as board chair, and was very familiar with the organization and its staff and goals. As he hands off the reins, we find that Wheeling Heritage is a strong organization that is perfectly positioned to move forward. We know that Arch will continue his efforts to preserve Wheeling’s rich heritage, given his knowledge and expertise.

“The Board of Directors is very pleased with the selection of Alex Weld as the executive director of Wheeling Heritage. Alex knows the organization better than anyone through her current position as director of operations. In her three years with Wheeling Heritage, she has met and interacted with directors of other heritage areas around the country, with state and local legislators, and with other leaders in the Wheeling community. We are confident that she will lead the organization to its full potential.”

“Wheeling Heritage has been providing innovative, impactful programming to the Wheeling community for more than 25 years, and I’m honored to have the opportunity to lead this important work,” Weld said. “As we look ahead, I’m excited to work with our talented staff and board of directors to ensure Wheeling Heritage continues to benefit our community into the future.”