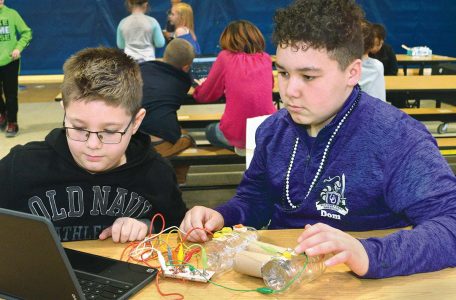 Students in third, fourth and fifth grades gathered in small groups as each was given the task of solving a problem by creating either a “real working” or a “simulated” project, according to school officials.

A jumbo-sized video game controller, a cardboard fan and a spray washer for jewelry, were just a few of the many real working ideas students brought to life during the fair. A few simulated ideas during the fair included: a robotic dog that assists with math and reading homework and spray-on wrapping paper. The students displayed tremendous “perseverance” while working through the problem solving aspect of a project, according to one teacher. She said the students also learn “compromising” skills because they are working in small groups.

Building on the kinds of skills students develop from the STEM disciplines is essential in better preparing them with problem solving and decision making skills in an ever-changing and complex world, according to the U.S. Department of Education.

Fifth-grader Dominic Asbury and fourth-grader Colin Phillips said they designed a large, touch-sensitive video game controller for a laptop computer they called the “PAC A Tweet” because it can play Pac-Man and Tweety Bird video games at the same time. They both said they enjoyed designing the controller and participating in the school’s fair.

Monica Supanik, an innovation coach for Ohio County Schools, who was helping with the fair, said it’s extremely rewarding to see the pride the students exhibit when their “design comes to life.”

“That ownership of their ideas is what really makes it worthwhile,” Supanik explained. 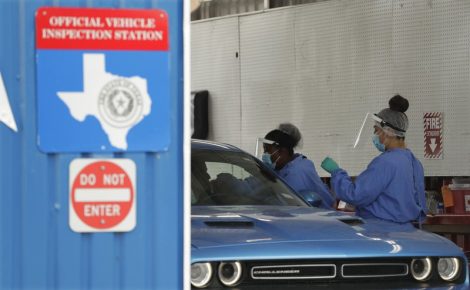