It’s no secret that the 2020 Democrat candidates have been sprinting further to the left in their embrace of big-government policies. But, their recent debates in Detroit should set off alarm bells throughout Ohio, West Virginia, and the entire Midwest that they will stop at nothing to crush jobs and harm middle-America’s way of life.

On the debate stage, Joe Biden and other 2020 Democrats endorsed the complete elimination of coal and fossil fuels, all in the name of a radical climate agenda that would cost taxpayers trillions of dollars and put Americans out of work.

What 2020 Democrats didn’t say was how dangerous this fossil fuel policy would be to the people of the Midwest, particularly Ohio. Eliminating fossil fuels would put thousands of workers out of business and destroy the manufacturing industry, a critical part of the region’s economy. Not to mention, eradicating coal would put thousands of hard-working coal miners out of jobs, and would cause electricity prices to sky rocket.

This radical agenda is eerily similar to Hillary Clinton’s infamous message in 2016 that “we’re going to put a lot of coal miners and coal companies out of business.”

That message failed Clinton then, and it clearly shows that Democrats have learned nothing since with their continued war on coal, fossil fuels, and fracking.

The jobs of millions of American workers depend on America’s oil and gas industries, and nearly 200,000 Americans work in the coal industry alone. This includes thousands of workers in the Buckeye State who are either employed by these industries or have jobs that rely on them. The oil and gas industry contributes an estimated $28 billion annually to the Ohio economy – a key economic driver of our region – and Ohio is the third largest coal consuming state in the country.

Yet, Joe Biden and 2020 Democrats want to get rid of this vital energy source.

In fact, as a result of the fracking boom and the oil and gas energy resurgence that Eastern Ohio is at the epicenter of, the price of natural gas in Ohio has declined by one-third over the past decade, leading to real savings for Ohio’s families and businesses.

Despite these facts, from former President Obama, to Hillary Clinton, to now Joe Biden, Democrat after Democrat have shown their disdain for fossil fuels, coal, and fracking with anti-energy policies that would regulate workers out of jobs and cost consumers more for their energy.

This crop of 2020 Democrats has proven they are no different.

Thankfully, President Trump has passionately fought to end Obama’s debilitating actions on fossil energy sources, and is reversing years of policies that have locked up America’s energy potential.

From my seat on the Committee on Energy and Commerce, I am working to support the President in this important role – and, I will continue to do so.

But, we can’t turn back now. By embracing this dangerous anti-energy policy, today’s Democrats continue to prove they have no interest in helping middle America or earning back the support of voters in the Heartland.

So, just like Hillary Clinton’s notorious claim in 2016, voters in Ohio will be sure to remember Joe Biden and the other 2020 Democrats’ promise to eliminate a crucial part of Ohio’s economy and put their friends and neighbors out of work. 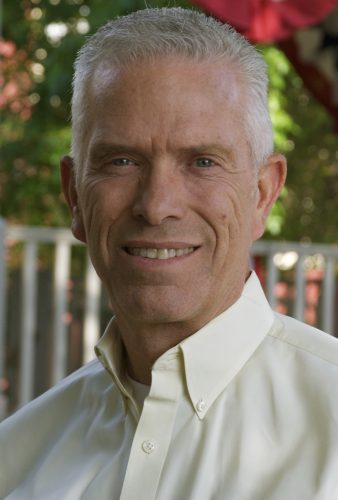 In his zeal to scare West Virginia workers into believing that an important business tax cut being considered will ...

When Our Flag ‘Did Something’

Haskins Is Honored With Prestigious Award by Lions

The Moundsville Lions Club recently presented to Donald Haskins a Leonard Jarrett Award. Haskins has been a Lions ...

Nothing Funny About It

I never liked the show although it was touted as “America’s Funniest Videos.” I watched it a couple of times ...

Having the Courage to Change

Old habits are hard to break. Change is difficult. Yet in 2014 West Virginia voters decided the way we’d always ...

Business and Health Expo to Include New Attractions