NEW MARTINSVILLE — Veteran Magnolia boys’ basketball Coach Dave Tallman is asking one question heading into the 2016-17 season. “Are we going to rebuild, or reload?”

That is a legitimate question for a team that is just two years removed from a West Virginia Class A state championship, advanced to the state tournament last season and has been a dominating factor in the Ohio Valley Athletic Conference.

The rebuilding or reloading question comes in to play when you figure in what the Blue Eagles lost from last year’s squad. Magnolia averaged 72 points a night, but Tallman is going to have to find a way to replace 64 of those points and 30 rebounds due to graduation losses.

Of course, the biggest loss is Wheeling Jesuit University’s gain in the form of one of West Virginia’s best players last year, Preston Boswell. A multi-year all-state performer, Boswell averaged 35 points a night as a senior, while adding tons of quality leadership.

“It’s not easy to replace a Preston Boswell,” Tallman said. “That kid did so much to help keep our program where it is. I honestly still feel like he was the best high school basketball player in the state of West Virginia last year.”

As for the new starting five, there are battles going on at every position, starting at point guard where 6-foot senior Jake Frunner and 5-10 junior Demarco Smith will look to try and at least fill a portion of the shoes left by Boswell.

Senior Tyler Williamson (5-11, guard) averaged six points a night and will be a player Tallman will count on to be a team leader, at least early on. Seniors Nick Priem (6-1), the football team’s quarterback, and 6-1 Peau Halahingano are both battling for playing time while junior Brooks Parsons (6-1, forward) brings back two points and three rebounds a night.

A welcome addition is 6-5 junior Leo Herrick, a life-long New Martinsville resident who had been attending the Linsly School.

“There are some good kids here,” Tallman said. “We have a little bit of height, some good athleticism and kids that know the game. Brooks Parsons is a tremendous all-around athlete and we are very happy to have Leo Herrick back home.”

The remainder of the core group that should contribute includes 6-2 juniors Garrett Babe and Jarret Moore and 5-6 sophomore Avery Kincaid. Also available will be 6-3 junior William Nice and 5-10 sophomore Dakota Litton.

“The biggest thing this team is going to need to do is feed off of our recent success until they are able to find their own personality,” Tallman said. “But it has been really fun so far.

“There has been an awful lot of teaching involved with this group, which reminds me a lot of Preston and his crew when they were sophomores. That team won every road game that season and these current guys are juniors and seniors, so they should not be intimidated.

“We have a couple of big scrimmages with Morgantown and John Marshall, so we are going to find a lot out about this group there. Again, we need to rely on past success to help breed success. I am very confident that this team will be very competitive.”

The new faces are not the only change at Magnolia this season as the Blue Eagles have been bumped to a new region in Class A. Tallman’s squad is in a section that includes Paden City, Ritchie County, Tyler Consolidated and St. Marys.

“We always play a difficult schedule,” Tallman added. “We open at Monroe Central, which is always a challenge because Ohio starts before us and has more practice and scrimmages in. We are also going to make a trip downstate to play St. Marys in a 9 p.m. game at the Charleston Civic Center.

“Our goals remain the same. First is win an OVAC championship, then we want to qualify for the state tournament, then it’s win a state championship. 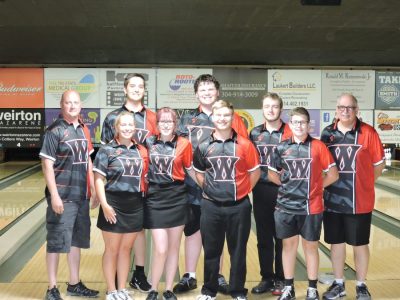 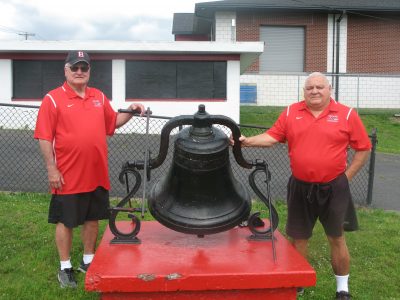 CONNORVILLE — Buckeye Local became the latest area school to cease its sports conditioning and open gyms due the ...

MARTINS FERRY — For the fourth time in five days, an area school has announced it’s suspending its summer ...