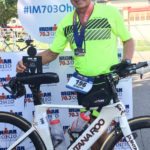 Photo provided / Dr. Joseph Maroon, a St. John Central graduate, is not slowing down even at the age of 77.

PITTSBURGH — Age is only a number. It is what you do with it that counts.

Dr. Joseph Maroon is 77 years of age. His lifestyle is one in tune with someone closer to 27.

Dr. Maroon is regarded as the leading neurosurgeon in the nation. He is the professor and vice chairman of the Department of Neurological Surgery at the University of Pittsburgh Medical Center and is the current medical director of the WWE.

He is also a noted author and a passionate triathlon athlete. Just weeks ago, Dr. Maroon competed in the Columbus Iron Man triathlon. That came on the heels of being selected as the 2017 Man of the Year by the Pittsburgh Chapter of the Saints and Sinners Club of America.

Dr. Maroon is the neurosurgeon for the Pittsburgh Steelers. The former St. John Central football star is nationally acclaimed for his work studying concussions and concussion prevention as well as his hypothesis on the development of chronic traumatic encephalopathy (CTE).

The Circus Saints and Sinners Club is a non-sectarian, non-political association of successful business professionals organized to “promote good fellowship, contribute to worthy charities and to have fun. Metaphorically speaking, the members — due to their human imperfections — represent ‘Sinners,’ who strive to be ‘Saints’ of mercy by helping those less fortunate.”

“They told me for the last 10 years they chose a saint to be honored. This year they were looking for a sinner and found me,” Dr. Maroon said. “Seriously, to be roasted by Bruno Sammartino, Art Rooney, Abbey (his cousin) and Joey (Abbey’s son) was a huge thrill.”

Dr. Maroon co-developed the ImPACT test, a post-concussion assessment and cognitive test now used by the NFL, MLB, NHL, NASCAR and by more than 12,000 colleges and high schools in the United States.

“I thought it was a great opportunity to have all of the funds go to the foundation (Chuck Noll Foundation for Brain Injury Research),” Maroon said. “The foundation is a way to acknowledge one of the greatest coaches in all of sports. Chuck Noll was incredibly influential recognizing early on the importance of treating the head injuries and supported everything we did in terms of ImPACT. This is directly due to Chuck Noll and Dan Rooney, who supported it from early on.”

“A major goal is to continue to make contact sports as safe as can be for all athletes. After several years, the FDA has finally approved our ImPact test as the only neurocognitive test with their approval for baseline testing and post concussion testing,” Dr. Maroon noted. “Most significantly, it is now available for kids 5 to 12 — whether a concussion is from a fall in the playground, from a bike, or at home the most common source of concussions for kids. It is available for all. With adult ImPact, we have now tested over 13 million individuals.”

While medicine is paramount in his life, Dr. Maroon is ultra passionate when it comes to his athletic endeavors. He finished second in his age group in the Columbus triathlon, which consists of a 1.2-mile swim, a 56-mile bike jaunt and a 13.1 mile run. He turned the trick in 8:17.08.

Dr. Maroon has been tackling triathlons for more than three decades.

“I got involved with triathlons about 35 years ago to “reset” my brain after the depression with the loss of my father,” Dr. Maroon said. “I have taken part in eight ironman distance races (five in the world championship in Kona, Hawaii, one in Germany, one in Canada and one in New Zealand) plus about 70 of shorter distances.

“I just completed the Ironman 70.3 tri in Columbus. My next race will probably be in the spring. When prepping for a race, I will put in 12-20 hours of training per week. In the off-season, I put in at least an hour per day.”

Dr. Maroon’s frenetic lifestyle has spawned a book. He authored, “Square One — A Simple Guide to a Balanced Life.”

In it, he combines personal anecdotes with illuminating scientific explanations to help readers consider their own priorities. With keen insights into what it takes to avoid burnout and to seek more joy and creativity, Dr. Maroon directs readers back to “square one” in order for them to lead more balanced and truly successful lives.

“It outlines what needs to be done,” Dr. Maroon said.

∫ College football officially kicked off yesterday. My four picks to make the college football playoffs are Alabama, Ohio State, USC and Florida State. The Tide and Seminoles meet in the season opener and will rematch in the playoff semifinals. The title contest will see the Buckeyes bounce Bama. The Heisman Trophy will go to USC quarterback Sam Darnold while Ohio State’s J.T. Barrett will be a finalist.

∫ We have one week of high school football under our belts. The next nine will fly by. While the schedules are set for 2017, what I would like to see in the future is more Thursday night prep grid games in the Ohio Valley. This past week, fans had the option of seeing Buckeye Local at Martins Ferry or Brooke taking on Wheeling Park at West Liberty on Thursday. It means larger crowds, more excitement, more money in school coffers and an ability for fans to see an extra game.

∫ Speaking of prep football, many stellar efforts were turned in throughout the valley this weekend. You have to be amazed, however, about the continuing exploits of Lukas Isaly. The River High quarterback accounted for 362 yards in a comeback victory against Bellaire. He had all but four of the Pilots’ yards on the night. The senior dandy has been first team All-Ohio in football as both a sophomore and junior to go with first team all-state honors in hoops. What is tough to fathom is why college recruiters aren’t swarming the classy four-sport standout. He could play football, basketball or baseball at a very high collegiate level if given the chance. It doesn’t hurt that he is also one of the classiest student-athletes you will ever find.

∫ Former St. John Central four-sport standout Kristen Russell graduated from The Ohio State University this past May with a B.S. degree in athletic training. While at Ohio State, the Tiltonsville native completed clinical rotations with the Buckeyes’ women’s volleyball, football, swimming and soccer programs. She is now an assistant athletic trainer at Muskingum University, working with the men’s soccer and track & field programs. Russell is a BOC certified athletic trainer and is pursuing a master’s degree in adult education.

∫ Kyrie Irving is now a Boston Celtic, pending a clean bill of health for Isaiah Thomas. Nothing changes, however, as the Cavaliers will win the East and again lose to the Warriors in the NBA Finals. I do like the trade from both viewpoints.

∫ Derek Wolfe is recovering well from an ankle injury he sustained in a Denver Broncos’ practice on Aug. 12. The former Beaver Local star will be 100 percent for Week 1 of the regular season. Wolfe is beginning his sixth season with the Broncos, starring on the defensive line.

∫ Major League Baseball is now in the dog days of the pennant chases. The Los Angeles Dodgers are on a record-setting victory pace. I am picking the Indians, however, to walk away with the World Series title. 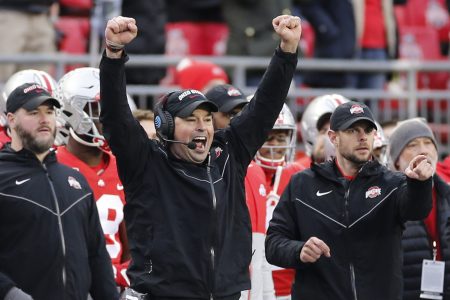