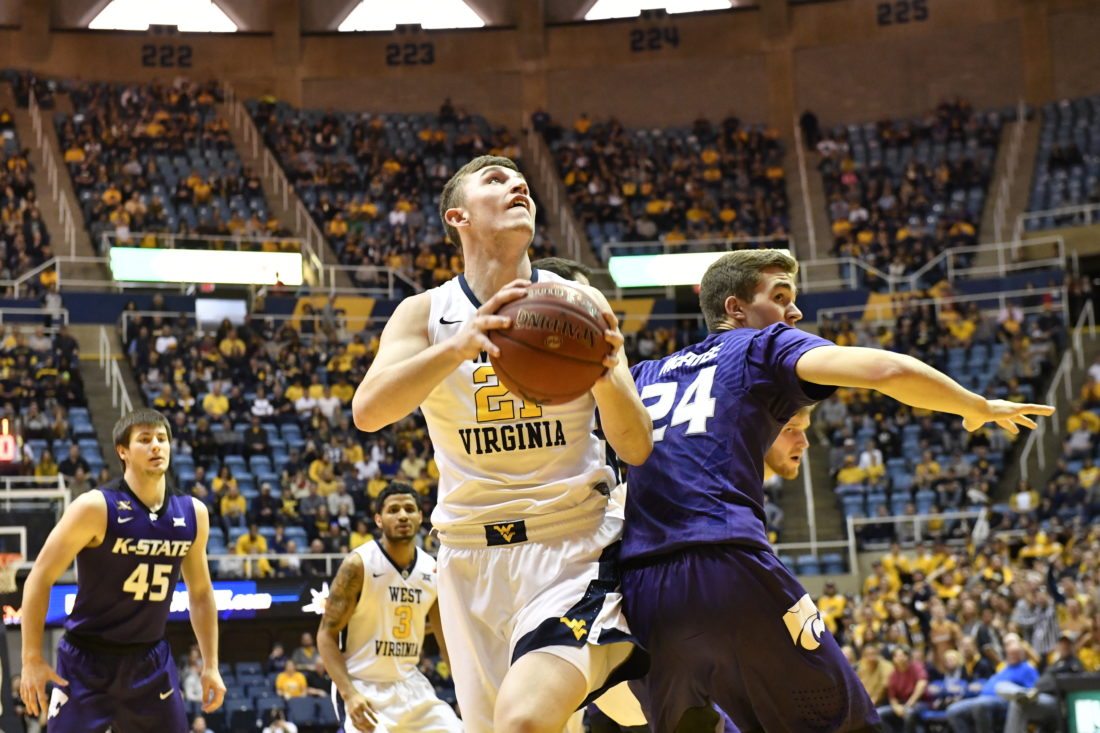 MORGANTOWN — Logan Routt is a perfect example that hard work pays off.

Two years ago, coming out of Cameron High School, Routt had no offers to play college basketball. In fact, people were calling him more about football and baseball.

He felt his future was in basketball. He made the decision to walk on at West Virginia University and play for legendary coach Bob Huggins.

Two weeks ago, following practice, Huggins surprised the team — and especially Routt — with a scholarship. The video of the announcement on Twitter has thousands of likes and hundreds of retweets.

“It means everything,” Routt said. “I played AAU ball and did everything I could to get noticed. Everyone said I was undersized, underskilled. I didn’t even play basketball until my freshman year in high school.

“I was underdeveloped for sure. But I was lucky enough to get a call from WVU. They believed in me and I believed in myself.

“I came in behind the 8-ball. I was getting beat up in practice, but I was also spending two more extra hours in the weight room than anyone else trying to get where I needed to be.”

Just being a part of the team was good enough for Routt. He was happy and grateful to be where he is, saying he is “proud to be playing for the best program in country.”

Then came the announcement.

“I had no idea, it really caught me off guard,” Routt said. “I had thought about it before. I knew I was that caliber of player, but I thought it might have been too late for me to get a scholarship.

“It was really the last thing I thought would happen.”

Routt was recruited to West Virginia by assistant coach Larry Harrison, who Routt thanks just for giving him the chance no one else would.

He also credits a lot of his development to strength and conditioning coach Andy Kettler.

“There were so many days where I never wanted to see him again,” he said of Kettler. “But he believed in me and pushed me hard, just as much as anyone.”

Routt redshirted his freshman season and then came a stress fracture in his foot that sidelined him for the beginning of practice last season.

He was introduced to the crowd during the Blue-Gold game at WesBanco Arena but never played. He recovered from that and finally made his debut Nov. 14 against Mississippi Valley State.

The next game, he scored his first collegiate points, recording a basket against New Hampshire.

“It was pretty surreal to be on the court for the first time in a live-game situation,” Routt said. “Hearing your name called. There was a game against Missouri Kansas City where James Long hit a 3, Chase (Harler) dunked and I had two crazy blocks. It was Huggs’ 800th win. That was was one of my favorite games.”

Routt played sparingly as a redshirt freshman, seeing time in 11 games for 31 minutes. He had four field goals and four free throws for 12 points.

He hopes that changes this year, but knows that will be all on him.

“I want to play as long as I can,” he said. ” I still have to get stronger, work on my foot work and my athletic ability. I need to improve my mind and what goes on in the game. There is plenty of room to improve. I haven’t mastered anything yet.

“When I get the chance out there, I know I have to play good defense and finish around the rim. Just do whatever I can to help this team win.”

While at Cameron, Routt averaged 20 points and 14 rebounds. He set school records for blocks in a season (146) and career (325). He was a first team all-stater under former Dragons coach Chad Clutter.

Playing Division I basketball is a far cry from the small gyms and venues he was used to playing in small school Class A basketball in West Virginia.

“One of the hardest things has been speed of the game,” Routt said. “The speed, size and athletic ability is completely different. I think in high school I played against a 7-footer once and most players were 6-4, 6-5. Now I’m practicing against 6-11, 6-12, 6-9, athletic, four and five-star recruits that have speed and can jump and do everything.

Routt may have a scholarship in hand, but he is far from resting on his laurels. Now there comes higher expectations not just from the coaching staff and the fans, but also from himself.

“These first practices, the coaches are on me more than they were before,” he said. “It is making me want to work extra hard. I am not going to stop and I can’t wait to see what else I can accomplish. Our expectation is to win a national championship. We should have made the Final Four last season. I wasn’t out on the court for the tournament, but I am ready to be out on the court to help this team win.”

As for his message to anyone who is in a similar situation, Routt says to stay positive.

“Just work hard, you can always outwork anyone,” he said. “If you do that, good stuff is going to come out of it. Don’t get down on yourself and keep pushing because it can be hard sometimes.

“I went two years without seeing the floor, but I kept working every day to make my dream a reality.” 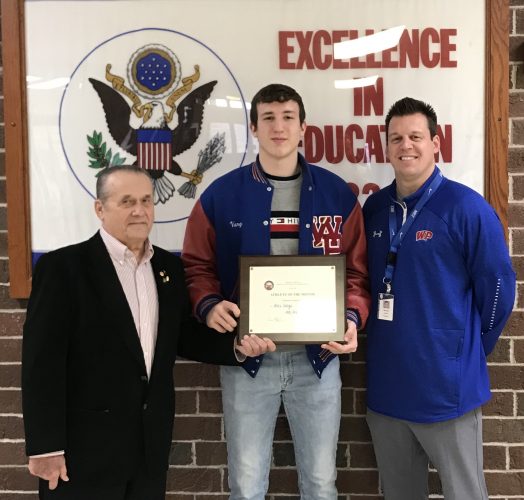 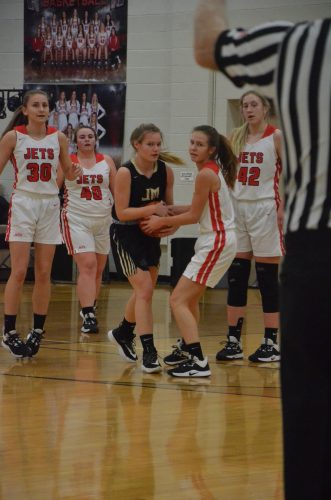 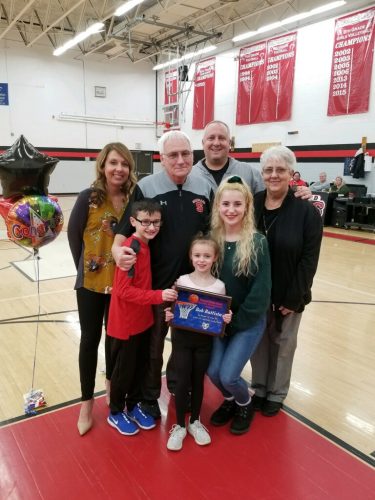 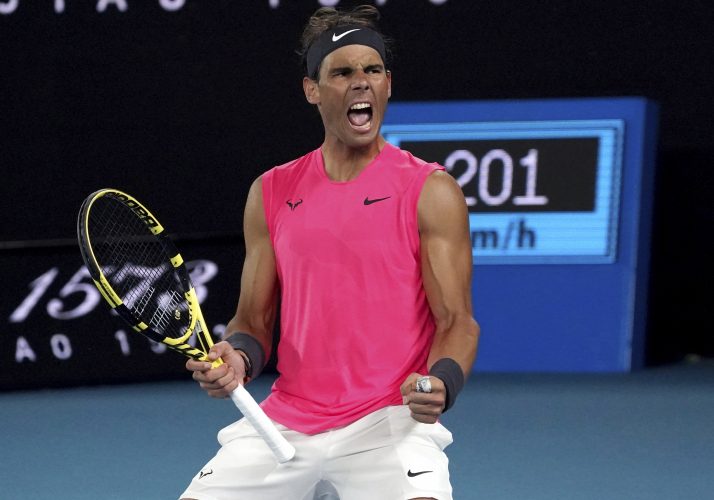 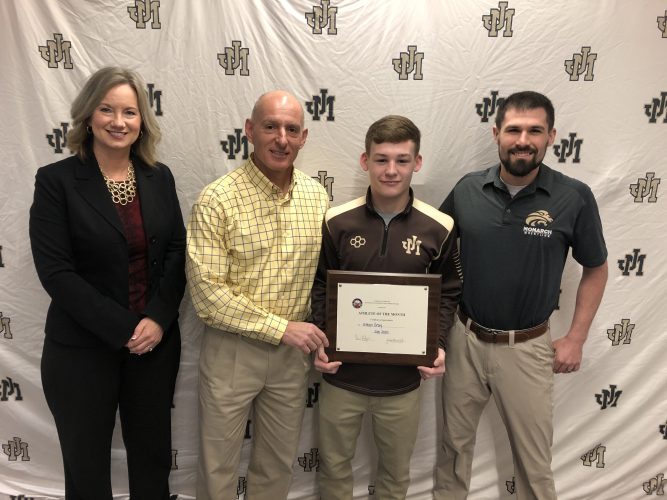 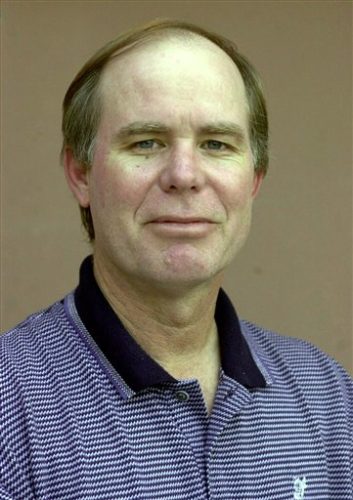