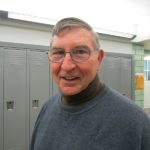 They will join 11 other previously announced Maroon Knights to be honored at induction ceremonies during a brunch on Saturday, Sept. 29th beginning at 9:30 a.m. at Wheeling Jesuit University’s Benedum Room.

Following the brunch, the honorees will be guests at the football game matching the Maroon Knights and city rival The Linsly School. Kickoff is set for 1:30 p.m. on WJU’s Bishop Schmitt’s field. Members of Wheeling Central Catholic’s third HOF class also will be introduced to the crowd at halftime.

Hogan was an Catholic all-state performer in football, who also spent several seasons on the Maroon Knights’ coaching staff. Metz, a 1991 graduate, was a three-sport all-WV Class AA performer, earning those accolades in basketball, volleyball and softball. McGhee, earned the Kennedy Award given annually to the athlete voted as the West Virginia high school football player of the year.

”It is a true blessing for us to be able to honor these legends of CCHS and our athletic programs,” Rebecca Sancomb, the school principal, said. ”The positive marks that they have left continue to influence our players and coaches today. Year after year they continue to contribute to our success,” Sancomb added.

The brunch is open to the public and tickets priced at $25 each can be purchased at the school office.

The Hall of Fame committee also is accepting nominations from the public for future Hall of Fame classes. Nomination forms are available on the school web site, cchsknights.org

Listed below are brief capsules of the final three members selected to the 2018 WCCHS Hall of Fame class:

Tom Hogan left a huge impact as a football player, coach and teacher at Wheeling Central Catholic High School. He was a two-way starter in football for three years during which time the Maroon Knights were beginning a streak that produced four straight West Virginia Catholic state championships in football under Coach Andy Urbanic, who was inducted into Central Catholic’s Hall of Fame in 2017. Hogan also achieved a lineman’s dream by recovering a fumble and returning it for a touchdown on the opening kickoff against rival Wheeling High School. That feat provided the only points of the game in a 6-0 Maroon Knights victory.

Hogan garnered all-state Catholic laurels in 1965 and 1966 and was the squad’s captain his senior year. His other high school laurels included being a two-time honoree on the All-Ohio Valley Athletic Conference, All-Ohio Valley and all-city teams. A Maroon Knights’ captain in 1966, Hogan also was one of the captains on both the OVAC and City all-star teams. Tom twice was selected as The Intelligencer’s Ohio Valley Lineman of the Week.

He went on from high school to become a four-year starter at Henderson State College located at Arkadelphia, Ark. He was a three-time all-league performer and played on an AIC title-winning squad in 1969. He was inducted into the Henderson State University Hall of Fame for football on Oct. 11, 2008.

Hogan began his teaching and coaching career at Central Catholic in 1971 as a football assistant and Physical Education instructor. After eight years at his alma mater he moved on to Wheeling Park High School where he served for 30 years as a physical education teacher and fitness instructor at the Ohio County Consolidated School. He was an assistant coach for the football program from 1977 through the 1983 season. He also was an assistant track coach at Park. Hogan, who earned his Masters Degree from West Virginia University in 1982, also was an assistant football coach at Buckeye North High School for two seasons.

He got into Martial Arts as a participant and a teacher in 1966 and continues to serve as a coach in that capacity. Through the years, Hogan won multi national championships while representing the Wheeling Bando Club and numerous individual titles in Karate, Kick Boxing, Wrestling. Power Lifting and Bench Press. In 1988, Hogan was inducted into the Bando National Arts Hall of Fame.

Metz was one of Wheeling Central Catholic’s all-time best volleyball players. Twice she was selected the West Virginia Player of the Year and she also gained All-Valley and All-OVAC honors during both her junior and senior seasons.

Metz also excelled on the softball diamond where she again twice earned All-Valley and All-OVAC first-team berths. Metz was named to the All-West Virginia Class AA squad as a senior.

After graduating from high school, Metz continued to sparkle as an athlete and later in the coaching field. She earned 10 letters, the most by a female athlete at Marist College in Poughkeepsie, NY, Darrah captained both the basketball and softball teams her senior year. Along with earning four letters in those two sports, she was a two-time volleyball letter winner.

Metz then went on to coach basketball on the Division 1 level for 13 years. She was a graduate assistant at Marshall University in Huntington, served as an interim head coach at Winthrop College in Rock Hill, SC, and then had stints as an assistant coach at the United States Naval Academy (Annapolis, MD), Evansville (IN) and Toledo (OH). While at Marshall she earned NCAA Graduate Assistant Coach of the Year honors and at Toledo Metz also was the school’s women’s basketball recruiting coordinator. For the past seven years, the Hilliard OH resident has been a deputy sheriff in Franklin County. Her work in law enforcement included starting the therapy dog program, the first law enforcement agency to deploy a Therapy K9 and only the sixth in the country to do so. Her efforts earned Metz a nomination for Deputy of the year.

Eric McGhee was a sensational three-sport standout for the Maroon Knights and the school’s only winner of the prestigious Kennedy Award, given annually to West Virginia’s most outstanding high school football player. That same season saw McGhee also recognized as the state’s Gatorade Circle of Champions and the Morgantown Touchdown Club’s Player of the Year. Following a senior season which saw him rush for a then-modern Ohio Valley record of 2,479 yards on 307 carries while scoring 30 touchdowns, McGhee joined 50 athletes across the country on the USA Today football team and he earned recognition from the Touchdown Club of Atlanta. During the 1990 season he led the state in scoring with 192 points on 34 total touchdowns. On the defensive side of the ball, he logged four interceptions and returned a fumble for a touchdown. As a junior, McGhee finished second in the Kennedy Award voting after leading the Ohio Valley in rushing, accumulating 1,565 yards on 201 carries. He scored 28 touchdowns and 172 points overall to lead all West Virginia high school football players. Locally he twice was named captain of the All-Valley Small School team and the All-OVAC Class AA squads.The two-time all-stater, McGhee’s junior and senior seasons saw the Maroon Knights post a 20-2 record. Central Catholic finished 9-1 in 1989 and 11-1 in 1980 before bowing out against repeat state champion East Bank in the semifinals of the WV Class AA playoffs.

Along with his football accolades, he played on the 1990 Class AA state championship basketball team. In baseball the standout earned OVAC Class AA player of the year honors as a lead-off batter.

After his prep career, Eric received a scholarship from Bowling Green State University. He played two years serving primarily as kick returner. In 1992, he was a member of the Falcon’ 10-2 record squad that won the Las Vegas Bowl. He led the team in kickoff returns with 14 for 269 yards, including 125 yards against Wisconsin. Later, he played two seasons of indoor professional football with the Wheeling-based Steel Valley Smash. In August, McGhee will be inducted into the Ohio Valley Athletic Conference Hall of Fame.