Robinson-Olejasz, Duffy, Thomas To Be Honored

Trio Latest To Be Named to Wheeling Central Hall of Fame 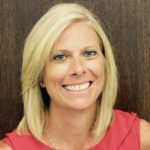 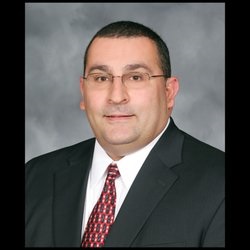 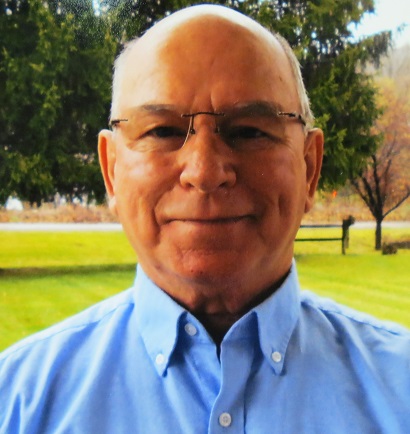 WHEELING — Two outstanding football players and a terrific girls’ basketball performer described as the ultimate team player are the latest additions to be inducted this fall into the Wheeling Central Catholic High School Athletic Hall of Fame.

Tom Duffy, a member of the Central Catholic graduating class of 1963; Tommy Thomas, quarterback of the Maroon Knights’ first West Virginia Class AA state championship team as a member of the Secondary School Activities Commission (Class of 1980) and Roberta Robinson-Olejasz (1990) will join eight other previously announced candidates to be inducted during a brunch scheduled for Saturday, Sept. 29th at Wheeling Jesuit University’s Benedum Room.

Coach Mike Young, a member of this year’s class, paid tribute to the recently named past Wheeling Central greats. ”Roberta was very hard working and one of the most competitive basketball players that ever played at Central. That, along with her talent and knowledge of the game enabled her to be outstanding on both ends of the floor.

”Tom Duffy was versatile, fast and a hard-running back. He ran downhill and knew what it was to smell the end zone. He also was a great team player.

“Tommy Thomas was the ultimate field general who knew his job and everyone else’s on the field. Central’s first SSAC state championship-winning quarterback, Tommy earned every accolade he achieved.”

Hall of Fame Day will begin with a brunch starting at 9:30 a.m. After induction of the 2018 class, the new Hall of Fame members and their guests are invited to attend the Maroon Knights’ football game against city rival The Linsly School which kicks off at 1:30 p.m. They will be introduced at halftime of the game. On Saturday evening beginning at 6 p.m., an alumni gathering will be held at the school gymnasium.

Details for this event will be announced at a later date.

The public is invited to attend the brunch with the cost of tickets priced at $25. Tickets can be purchased by contacting the school office.

The Hall of Fame Committee also is currently accepting nominations from the public for future HOF classes. Nomination forms available on the school web site, cchsknights.org

Listed below are brief capsules for the recently added Wheeling Central Catholic Hall of Fame class:

Tom Duffy was another in a long line of multi-sport athletes in the history of Wheeling Central Catholic High School. He played four years in the football program, three seasons on the track team and two years as a basketball player. The three-year starter in football enjoyed a banner season for Coach George Strager’s Maroon Knights in 1962. He rushed for more than 1,000 yards on a 9-1-1 record team that tied Linsly and lost a 13-7 decision to Charleston Catholic in the West Virginia Catholic state championship game played in Parkersburg. Duffy earned first team All-WV Catholic honors along with leading his squad to an Ohio Valley Athletic Conference title. Duffy’s postseason laurels included first-team selections on the All-Big Valley, All-OVAC and All-City squads. Central Catholic also earned the city championship in 1962. He was presented the Lou Mack Award, given annually in memory of the Maroon Knights football standout who died after sustaining an on-the-field injury during Central’s game against city rival Wheeling High School in 1956.

Co-captain of the 1962 Maroon Knights squad, Duffy played in the North-South All-Star Game and was a team captain for the North squad. In track, Duffy competed in the sprint events, a relay team and ran the hurdles.

Duffy went on to play football for two years at West Liberty State College before getting into officiating as a member of the OVAC Board of Approved Football Officials. He also served for many years as a grade school coach at St, Michael’s, St. Alphonsus and the Cathedral. While at St. Michael’s two of his teams won Greater City League titles. He was named the coach of the year on one occasion.

Duffy also enjoyed a successful business career as owner and president of the Operator Millennium Safety Training Company. He was certified as an Ohio-West Virginia Mining Training Assistant Retired from CONSOL Energy as a safety supervisor in Management Development, he was a certified U.S. Department Mine Safety and Health National Instructor in Mine Rescue Fires and Explosives, Fire Fighting, Mine Foreman Program and Mine Gases.

Roberta Robinson Olejasz scored 996 points in just two years as a standout girls’ basketball player. Despite being described as the ultimate team player and leader by her coaches, she averaged 19.2 points, 10.7 rebounds and two blocks per game on Maroon Knights teams that achieved a combined sparkling 45-4 record. During her junior season, Central Catholic advanced to the finals of the W.Va. Class AA state tournament. In what was the school’s first state SSAC tournament appearance in girls’ basketball, the Maroon Knights had all five starters foul out as it dropped a disappointing overtime decision to Hinton High School in the title game. Her senior year saw Central Catholic eliminated by host St. Marys in the Region One championship game.

Twice she earned first-team honors on the Class AA all-state team and was designated as the squad’s captain her senior year. Robinson-Olejasz was a two-time honoree on the All-Ohio Valley Athletic Conference first unit and after her senior year she was named the bi-state league’s player of the year over another area great — Sylvia Crawley of Steubenville High School.

An All-American high school player, Robinson-Olejasz was a recipient of a Division I scholarship to Virginia Commonwealth University where she played one season before sustaining a shoulder injury that brought her playing career to an end.

She turned to coaching after graduating from VCU and returned to her high school alma mater where she coached for two years on the Maroon Knights’ girls’ basketball staff. Robinson-Olejasz then became involved in coaching AAU basketball and she helped set up an AAU program with the West Virginia Elite. She coached 11-U boys and 13-U girls teams and still serves on the Board of Directors of the non-profit WV Elite Program.

”Wind ‘Em Tommy” was the battle cry from parents in the stands during the magical 1979 football season when quarterback Tommy Thomas led Wheeling Central to its first W.Va. Class AA state championship as a member of the State Secondary School Activities Commission. The 12-1 record Maroon Knights finished off the year with a victory over Buffalo Wayne in the title game played at Charleston’s Laidley Field. The first two rounds saw Central Catholic collect home field wins over Poca and Big Creek at Wheeling Island Stadium. Coach of that remarkable state championship team was his brother, the late Jim Thomas, a member of the inaugural WCHS Hall of Fame Class in 2016.

Tommy Thomas’ career stats had him throwing for more than 3,000 combined yards and 35 touchdowns, including a brilliant senior season, passing for 1,220 yards and 12 touchdowns, rushing for 580 yards and six TDs while also recording six interceptions from his safety position on defense. Named to the W.Va. Class AA all-state team after both his junior and senior campaigns, Thomas was named one of the all-state team captains in 1979. He was an All-Valley Big School honoree and captain of that year’s All-Ohio Valley Athletic Conference honor team. He was third in the voting by the statewide sports writers for the prestigious Kennedy Award, given annually to the best high school player in West Virginia. In addition to playing football, Thomas lettered three years in basketball and two years in baseball.

After playing in the annual Rudy Mumley Charity Ohio-West Virginia All-Star Football Game, Thomas continued his athletic career and academic studies at West Liberty State College. Twice he was selected by his teammates as the Hilltoppers’ Most Valuable Player. The 1984 West Liberty graduate earned a Bachelor of Science degree with a 3.6 GPA. The Belle Vernon, PA resident has had a 30-year career with State Farm Insurance.