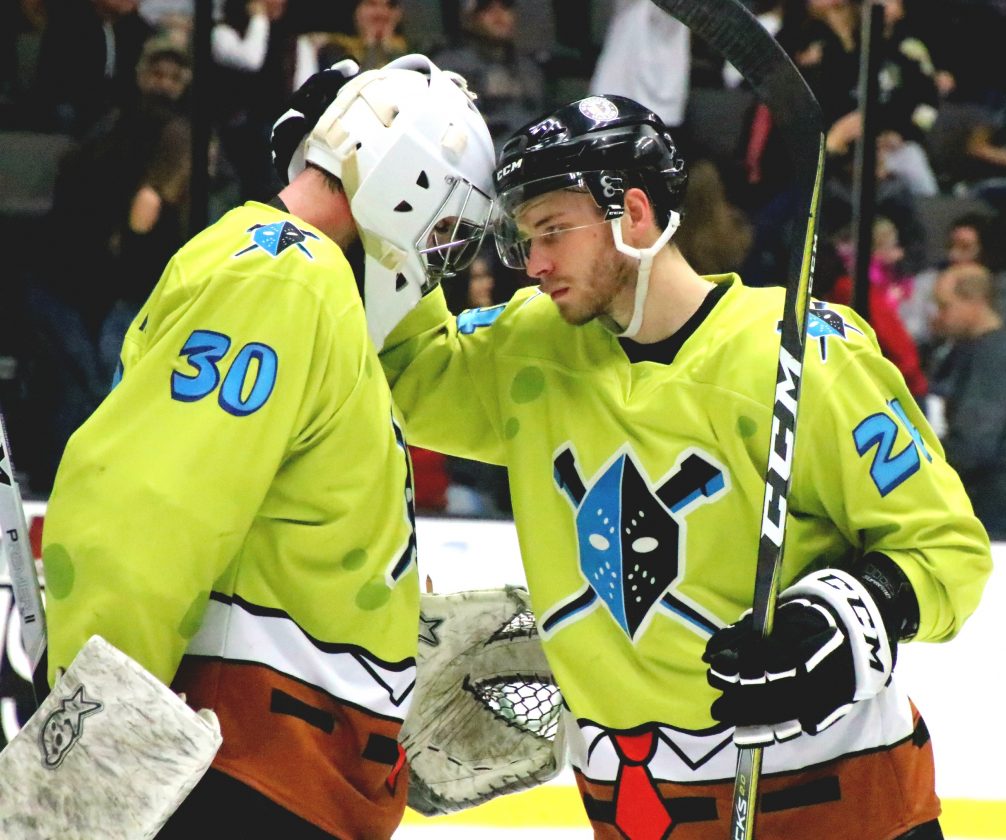 WHEELING — The streak has been snapped.

For the first time in 19 Wheeling Nailers games, the team that scored first did not win. The home team is happy to be the one to put an end to that mark.

“Its nice to get points against a division opponent,” Wheeling coach Mike Bavis said. “We’re still coming off the Christmas break in terms of trying to gain momentum.

“For whatever reason it wasn’t a clean game for either team. They were collecting it high and skating to (the puck), which gave us a little bit of trouble.”

A night after registering 30 shots including the game’s first seven, the Nailers were limited to three in the first period against Pawloski, who entered with a goals-against average of 5.57. Wheeling didn’t get a single shot until Troy Josephs’ wrister with 9:48 remaining.

The Nailers did have the scoreless first period’s best opportunity, and it came from defenseman Johnny Austin who came up on the play. Skating toward the net in the right circle, Austin went against the grain but rang the far-side post.

“It was a bad hockey game the first 10 minutes, for both teams,” Bavis said. “I was having a hard time with the colors of those jerseys.

“But obviously guys made some hard plays to cause turnovers and allowing us to get those goals.”

But the teams didn’t waste any time finding the back of the net in the second period, exchanging goals 30 seconds in.

The Fuel struck first as Brett Welychka redirected a point shot from Robert Morris product Robert Powers at the 17-second mark. But 30 seconds later it was tied when Zac Lynch, another RMU grad, pounded home a rebound of a Yush Hirano left-wing shot for a 1-1 tie.

That’s the way it remained until Butcher gave Wheeling its first lead at 18:00. The second of his tough-angle shots squeezed past both the post and Indy goaltender Jason Pawloski. Stationed to the right of Pawloski, Butcher sent a tough-angle shot toward the cage. The rebound came right back to Butcher, who stuffed it into the cage on a second attempt.

“I didn’t think the refs saw it go in,” Butcher said with a laugh about his initial reaction. “I had some performance anxiety (early) and I think is always a positive thing.

“It’s almost been a year since my last goal so that one felt pretty good.

The Fuel nearly had the equalizer, but a puck flew into the top of the Wheeling goal just after the second-period horn sounded.

Indy eventually evened the score at 2-2, anyway. Skating into the right circle with speed, Logan Nelson blistered the puck over O’Connor’s shoulder at 6:39 of the third for his sixth of the season.

However, Wheeling had the last laugh.

Craig Skudalski, whom Bavis credited a night earlier for supplying the team with endless energy, pounded home a Yush Hirano (two assists) rebound for his second of the season and that ended up being the game-winning goal.

“What a story he is,” Bavis said of Skudalski, a defenseman who has been playing forward of late. “Come to find out he was a forward all the way up (in his career) and that is why he looks so comfortable.

“That was a really big goal.”

The same two teams are back at it at 3:05 today, with the Nailers having the opportunity to leapfrog the Fuel in the standings with a victory.

“We’ve got to come in and have our ‘A’ game and build on this,” Bavis said. “We’ve got to give ourselves a win.

“We want to come in feeling good about ourselves on a Sunday afternoon.” 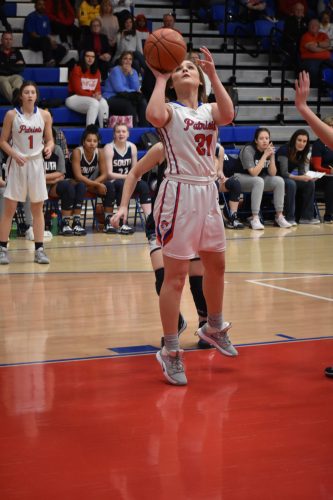