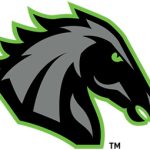 WHEELING — Indoor football will be back in Wheeling in a little more than three weeks.

Excitement is high, especially for owner/general manager Gregg Fornario, as the season — and Wheeling — opener takes place March 23 against the Burgh Defenders.

“We are getting a lot of good response and we have been since we announced we were coming to Wheeling back in October,” he said. “Everything has been going great.

“Ticket sales have been solid. I can really only compare to what we did in Richmond, but we have sold more season tickets this season than we ever did in Richmond.”

The players will come into town to report this weekend with the first practice set for Tuesday.

Because of the WesBanco Arena’s usage with the Mountain East Conference Basketball Tournament, as well as the Wheeling Nailers, the team had to find a new facility to practice for the time being.

Fornario came across the Vernon C. Neal Sportsplex in Washington, Pa., to be the temporary practice facility for the team.

“This is a huge place,” Fornario said. “I was looking in Southpointe and Cannonsburg and just stumbled across this place in Washington. It has a turf just as big as the one we will be playing on. It is a hidden gem.”

Forty guys are allowed to come to camp and it has to be narrowed down to 30 for the regular season. Only 21 dress on game day.

“I never do the 40-man camp, though,” Fornario said. “I like bringing in 30, then cutting down to 25. Leaves guys available for a practice squad and if someone gets hurt, keeping an eye for more players to come available.”

During an opening press conference back in October at WesBanco Arena, the team unveiled its prize signing in former West Virginia University standout Noel Devine.

Needless to say, fans in Wheeling will be familiar with many of the players that suit up for Coach Mook Zimmerman.

“Any Division I ballplayer is a huge asset to arena football,” Fornario said. “DI athletes are going to help you win games anywhere. Having so many of these guys being Mountaineers is an added bonus.

“To be honest, the business side does kick in there. Does Wheeling want to see their favorite former Mountaineers play? Or do they want to see guys from Florida State?

“We went the route of getting the known athletes that we think will help us win.

“They are excited to be back playing in West Virginia. These five guys all crossed paths and had the chance to play with one another and now they get to come back to West Virginia again and try to win a championship.”

Rosters are difficult to maintain in arena football as contracts are for one year. Then everyone scatters, making it hard to keep a good team together for many years.

So a team can go from winning a championship to being a bottom-feeder in one offseason very easily.

Fornario doesn’t expect that to happen in Wheeling.

The first two seasons in Richmond saw the franchise win the American Arena League championship in its inaugural campaign and then falling in the title game last season.

The team is 19-2 overall. So can they keep this torrid pace up in such a changing business?

“Me and Mook were talking the other day and we think this roster is the best one we’ve had yet,” Fornario said. “We have a great coaching staff and good pool of players.

“Year 3, we plan on getting back to winning a championship. Losing the championship the way we did last season, letting it slip away, as left a bad taste in our mouth.”

Along with the former Mountaineers, Fornario is excited about many of other players.

Other players Fornario feels the Wheeling crowd will fall in love with are wide receiver Larry Beavers and nose tackle Darren Lake.

“Larry Beavers played with the Carolina Panthers and is a true veteran of arena football,” Fornario said. “He is an amazing player that is going to score a lot of touchdowns. Darren Lake is a fan favorite, played at Alabama, and is great with the crowd.”

Other notable signings the team has made in the past few months are former Baylor standout running back Lache Seastrunk, former Oklahoma two-time All-American Duke Robinson, and defensive back Malique Johnson, who played a key role in the Roughriders’ championship victory in 2017.

The Roughriders will return to the AAL this season as one of the favorites. According to Fornario, the 14-team league has about six or eight teams that are “pretty amazing and can win it all.”

“We are familiar with the league, the president, the rules. It is a good fit for us,” he said.

Following the season opener, the Roughriders will hit the road for two games before returning for a special “Monday Night Football” on April 15 against the Youngstown Federals.

“We made sure to have Monday games because sometimes that is something that is missing in this sport,” Fornario said. “We love the family atmosphere we can bring on the weekends, but sometimes you need to have a game where you and the guys can go out and grab a few beers, too.”

The Roughriders will play 11 games, six at the friendly confines of WesBanco Arena.

Also featured on the home schedule is a 3:30 p.m. game Monday, May 27 to wrap up Memorial Day weekend.

Tickets are on sale by contacting the WesBanco Arena Box Office at (304) 233-4470 or going to wesbancoarena.com or westvirginiaroughriders.com.