Los Angeles Too Much for Pittsburgh 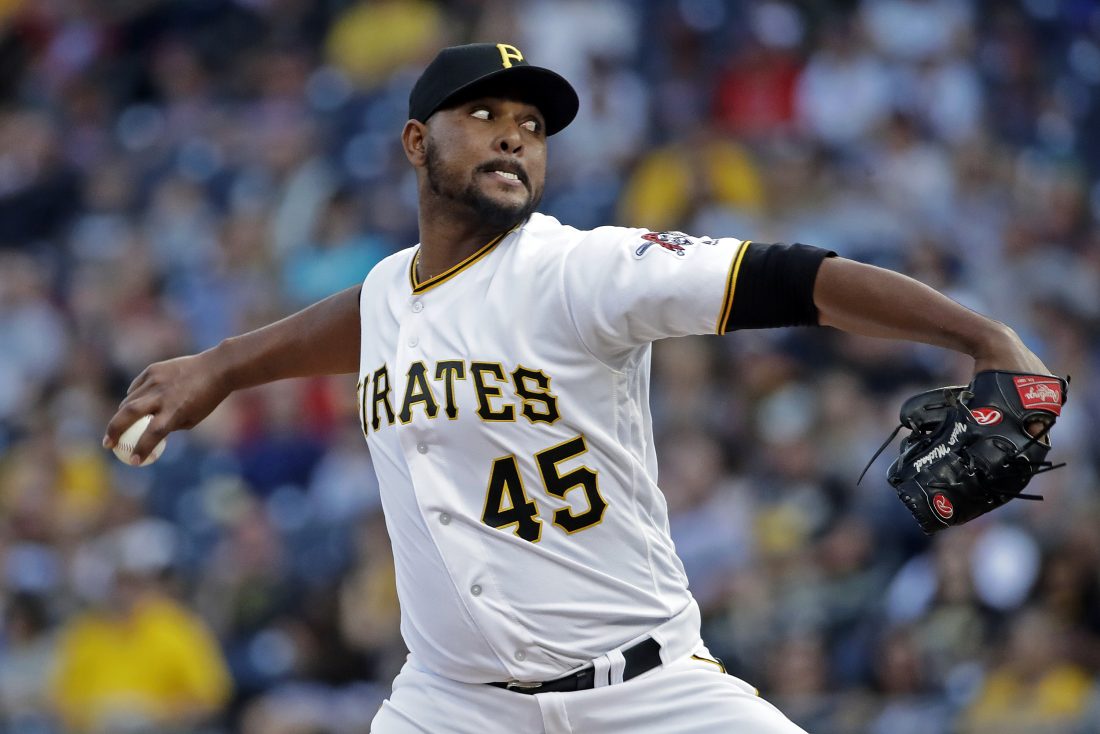 PITTSBURGH — David Freese stepped into the batter’s box, heard the polite applause from the crowd at a ballpark he once called home and was surprised when the familiar strains of Tool’s “Stinkfist” blasted through the speakers at PNC Park.

The Pittsburgh Pirates played the song as a token of respect for the veteran infielder, who spent two-plus seasons in black-and-gold before being traded to the Los Angeles Dodgers last summer. Freese took in the moment and relaxed. But only briefly. The cheers that greeted him Friday night were quickly replaced by a groan after he turned on a Michael Feliz fastball for a first-inning grand slam that powered the Dodgers to a lopsided 10-2 win.

“They played my walk-up song, maybe that’s why I’m pumped,” Freese said. “It fired me up.”

The Pirates gave Feliz his first major league start in 157 career appearances in an effort to address their injury-riddled starting rotation. The opener strategy backfired for the second time in three days. Feliz (2-1) — who learned he was getting the ball first when he showed up for work four hours before the first pitch — recorded just one out and exited after Freese’s third career grand slam.

The surprise decision to start Feliz initially threw Los Angeles manager Dave Roberts off balance. He switched his platoon-heavy lineup three times before settling on one he hoped would be effective against the right-handed Feliz and left-handed Steven Brault, who Roberts correctly figured would come in whenever Feliz exited.

That exit came earlier than Pittsburgh anticipated when Freese belted his first grand slam since May 17, 2013, for the St. Louis Cardinals.

“We understood with the opener you get a guy who has pitched a lot,” Roberts said. “This was three out of four (days) for Feliz. His pitch count was up in that first inning and for David to stay out over it — get to a 3-2 count, see a ball up and out over and go to his strength which is right-center field. He put a really good swing on it and obviously right there changed the game.”

Staked to a five-run lead before he threw a single pitch, Walker Buehler (5-1) cruised through six innings, allowing one run and five hits. Buehler threw 74 of his 99 pitches for strikes and credited catcher Austin Barnes for calling breaking balls early in counts in an effort to challenge Buehler and keep him mentally sharp.

“I think when you pitch with a lead, sometimes you can get a little careless and just throw fastballs to get ahead,” Buehler said. “You’ve got to tip your cap to (Barnes) for keeping me in there and keeping me engaged. So, it was a tricky deal pitching with a lead like that, but we’ll take it every time.”

Cody Bellinger, whose 45-game on-base streak ended Wednesday, kick-started another one by hitting a two-run shot in seventh off Geoff Hartlieb for his 18th home run of the season. By then the Dodgers had things well in hand. Bellinger finished 1 for 5, and his major league-leading batting average dipped to .389.

Kevin Newman had an RBI double for Pittsburgh. First baseman Josh Bell, who began the day leading the majors with 47 RBIs, went 1 for 4.

Injuries to Jameson Taillon and Trevor Williams and the decision not to bring a starter up from the minors led the Pirates to use an opener three times in a week. Montana DuRapau took the first two turns before Feliz got a shot, something Hurdle said “wasn’t one of our first thoughts breaking camp because of the depth of our rotation and the things we had in play.”

Whether the Pirates will use an opener again is uncertain. A doubleheader in Cincinnati looms on Monday and the team has yet to announce a starter for either game. The results so far have been mixed at best.

“Can some guys do it? Some other people have done it in other places,” Hurdle said. “Our two guys here, I think it was something different for him. More opportunities. Maybe they get better. Unfortunately up here everything’s magnified when it doesn’t work.”

Dodgers: RHP Joe Kelly was placed on the bereavement list, and OF Kyle Garlick was recalled from Triple-A Oklahoma City. Kelly is expected to rejoin the team on Monday. … RHP Pedro Baez (right leg contusion) went through a pregame workout and could return to action over the weekend after getting hurt against Tampa Bay on Tuesday.

Pirates: LF Corey Dickerson (strained right shoulder) went 0 for 4 with two strikeouts in a rehab start for Triple-A Indianapolis. … RHP Chris Stratton left after throwing six pitches in the seventh inning. Stratton grimaced after firing a strike to Joc Pederson and motioned for the trainer before exiting with right-side discomfort.

Dodgers: Hyun-Jin Ryu (6-1, 1.52 ERA) will look for his fifth straight win on Saturday. The 32-year-old left-hander has allowed just four walks in 59 1/3 innings this season.

Pirates: Joe Musgrove (3-4, 3.67 ERA) is winless in two career starts against the Dodgers.

Joey Votto drew a leadoff walk from Cishek (1-2) and Suarez hit the next pitch for his 14th home run.

Yasiel Puig hit a two-run homer and an RBI single for the Reds after missing two games with a sprained right shoulder.

Anthony Rizzo homered for the third straight game, and Kyle Schwarber and Kris Bryant also went deep to help Chicago take an early 4-0 lead. The NL Central-leading Cubs have lost three of four to the last-place Reds this season.

Pinch-hitter Willson Contreras singled home Rizzo in the eighth to put Chicago ahead 5-4. Jesse Winker’s double off Brad Brach in the Reds seventh tied it at 4.

David Hernandez (1-2) got one out and the win despite giving up Contreras’ RBI single. Raisel Iglesias pitched a perfect ninth for his 11th in 13 chances.

Kyle Hendricks retired the first 10 Cincinnati batters, then allowed three runs on six hits in a six-inning no-decision. After 99 pitches, the right-hander was replaced by Brach to begin the seventh.

Anthony DeSclafani was roughed up for the fourth straight start, yielding four runs on five hits and three walks in 3 2/3 innings.

Schwarber hit his first career leadoff homer, a 449-foot drive bounced on the rear aisle of the right-field bleachers and on to Sheffield Avenue.

After Schwarber walked with two outs in the third, Bryant lifted his 12th homer to right-center. Rizzo followed with his 14th, striking the right field scoreboard for the second time in three games to make it 4-0.

Votto’s bloop double to center with one out in the fourth gave Cincinnati its first hit and baserunner. After Hendricks hit Winker with a pitch, Puig lined an RBI single.

Vince Velasquez (2-2), who was reinstated from the injured list earlier in the day, pitched two innings for the win. Hector Neris struck out the side in the ninth for his ninth save in nine tries.

Yelich returned after missing two games with back spasms and went deep in the third. Orlando Arcia also homered, but Milwaukee was hurt by some shaky relief.

Kingery’s RBI double made it 2-1 Phillies in the second, but the Brewers tied it in the bottom half on Arcia’s fifth homer. After Yelich connected, Yasmani Grandal made it 4-2 with an RBI double off Jerad Eickhoff.

Maikel Franco got one back for Philadelphia when he singled in Hoskins in the fourth. Bryce Harper tied it up in the fifth with an RBI double.

Swanson drove Miles Mikolas’ first pitch of the sixth inning over the wall in left, giving Atlanta a 2-1 lead. Freeman then hit his 13th homer, giving Atlanta its third set of back-to-back homers this season.

Foltynewicz (1-3) allowed an unearned run in six innings in his first win since Sept. 28. The right-hander struck out seven and walked none.

Swanson helped put it away with a two-run drive off Giovanny Gallegos in the eighth for his 10th homer. It was his second career multihomer game.

Mikolas (4-5) matched his career high with nine strikeouts in seven innings. He was charged with three runs and seven hits.

WASHINGTON (AP) — Juan Soto and Matt Adams hit back-to-back home runs in the eighth inning and the Washington Nationals snapped a five-game losing streak by rallying for a win over the Miami Marlins.

Sean Doolittle gave up a homer to Jorge Alfaro in the ninth before earning his ninth save.

Starlin Castro’s two-out, RBI single off Kyle Barraclough (1-1) in the eighth gave Miami a 9-8 lead. But it wasn’t enough as Miami had its six-game winning streak snapped.

Brian Anderson hit a two-run homer to left field to give the Marlins a 2-0 lead in the first. It was Anderson’s fifth of the season.

Adam Eaton cut the Nationals’ deficit in half with his fifth homer in the bottom half of the inning.

Washington tied it in the third on Anthony Rendon’s two-run homer, his 10th of the season.

Toronto became the first team to start two players with Hall of Fame fathers after calling up Cavan Biggio — son of Craig — for his big league debut. Biggio started at second and Vladimir Guerrero Jr. was at third.

Matt Wisler (2-1) got one out for the win and Craig Stammen finished for his second save in six opportunities.

Freddy Galvis hit a two-run homer and Lourdes Gurriel Jr. had a solo shot, but Toronto lost its fourth straight. The Blue Jays are 6-16 in May.

Lucchesi walked Randal Grichuk on four pitches with one out in the fifth, and Galvis followed with a homer that bounced off the top of the wall in left, his seventh. Two pitches later, Gurriel tied it with his first home run of the season. Gurriel was called up along with Biggio.

NEW YORK (AP) — JaCoby Jones homered and drove in four runs, including a go-ahead double in the seventh inning, and Miguel Cabrera also connected as the Detroit Tigers halted their nine-game losing streak with a wild victory over the New York Mets.

In a back-and-forth slugfest between two teams swept by lowly Miami within the past week, Detroit blew an early 4-0 lead and later rallied three times from one-run deficits.

New York hit five home runs on a windy night at Citi Field, including a tiebreaking shot by pinch-hitter Aaron Altherr off winner Buck Farmer (3-3) in his first plate appearance with the Mets.

Cabrera reached base safely four times, delivered a sacrifice fly and went the other way for his 467th home run and second this season. The two-time MVP had gone 81 at-bats without a long ball since April 26 before connecting off an ineffective Noah Syndergaard to tie it 5-all in the fifth.

Nolan Arenado also went deep twice for the Rockies in the opener of a season-long, 10-game homestand. Scott Oberg (2-0) had two strikeouts in a scoreless ninth to earn the win.

Story lined a 2-2 slider from Mychal Givens (0-3) over the wall in right field to ignite the celebration at home plate. He was doused in water after his second career game-ending homer.

Trailing 6-3 in the seventh, the Rockies tied it up when Story and Arenado hit back-to-back drives. After his 12th homer, Story pumped his fist at the plate. Following his second solo homer of the game, Arenado let out an exhilarated roar. 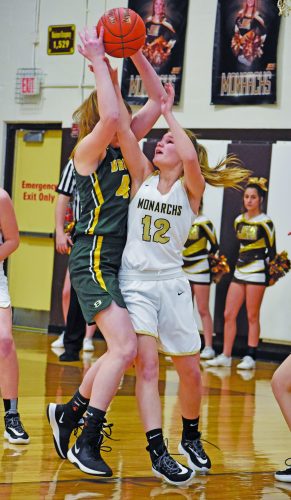 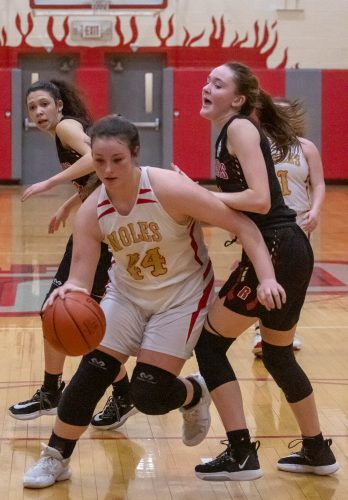 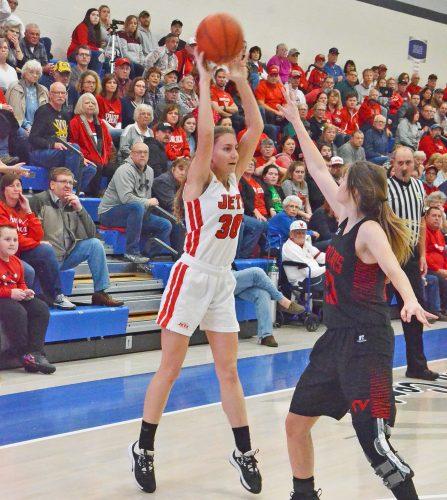 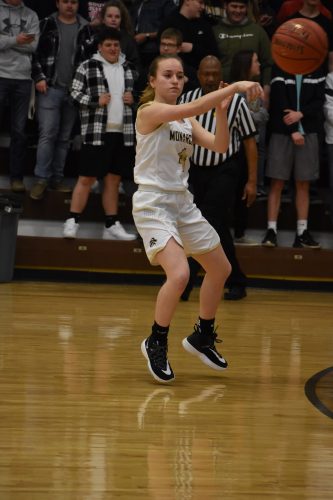 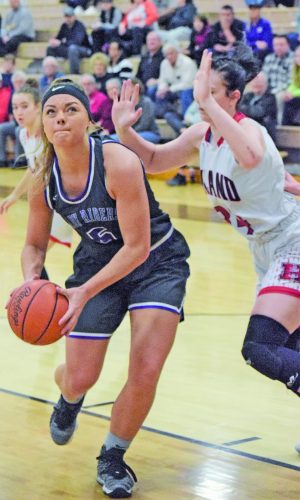