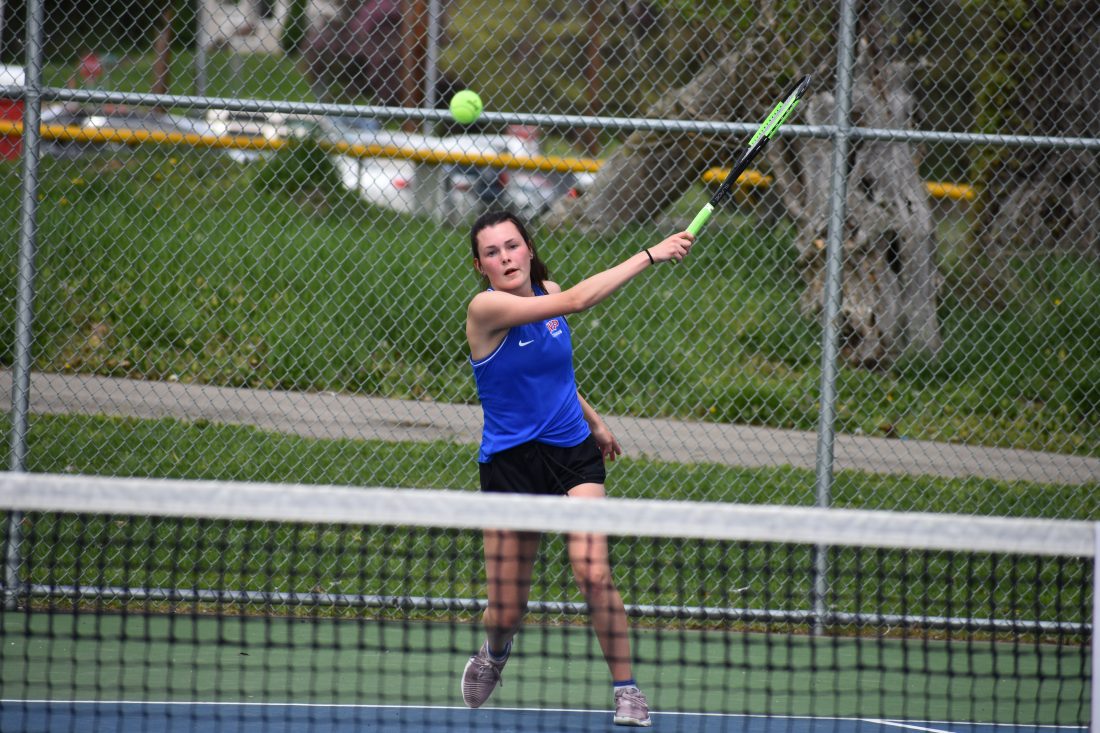 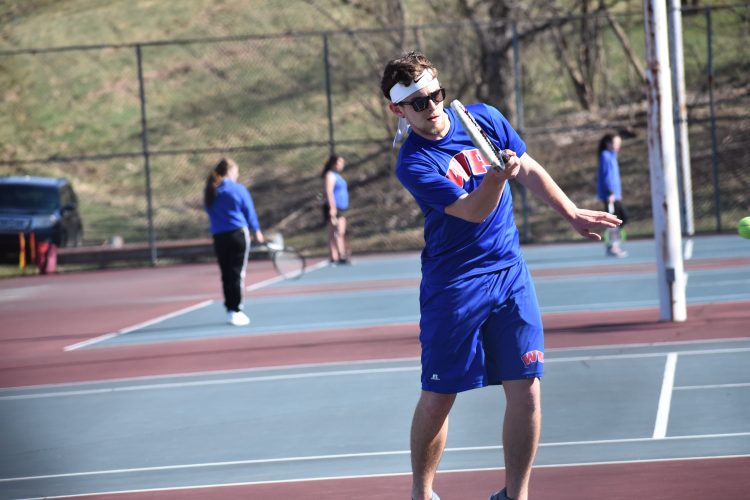 Four of the eight players selected for the second All-Valley Tennis Team are seniors who have left their mark on their school’s tennis programs. Three players on this year’s squad are making their second straight appearance on the team.

Wheeling Park senior Abby Jones capped off an incredible four-year tennis career with a deep run in the state tournament.

Her clutch performances earned her all-state honors and captain of the girls’ All-Valley team, making it her second straight selection to the squad.

Jones was again playing in the No. 1 Singles event in Charleston and left her mark. She ousted Washington’s Madison Vickers (8-4) and Parkersburg South’s Kendal Mader (8-3) before finally falling in a state semifinal.

“She’s been a solid, dependable No. 1 for us for the four years,” Park girls coach Stephanie Sada said. “She challenged herself to do better each year and she put a lot of time into working on her game in the offseasons.

“She has excellent court sense and often offered advice to her teammates.”

Along with her doubles teammate, Ashley Trischler, the duo went on to defeat the top ranked Jefferson doubles team in the first round of the state tournament this year.

Jones was also an OVAC semifinalist.

There was no sophomore jinx for this young Maroon Knight.

Laina Anderson followed up an amazing freshman campaign with a stellar sophomore year.

Anderson chalked up all-state honors in No. 1 Singles as she cruised by Moorefield’s Cara Jo Long (8-1) and Logan’s Rea Anne Reed (8-0) to reach the semifinal at state.

Anderson was also an OVAC semifinalist this year for Central coach JoAnne Calfa.

In only her freshman year, Linsly’s Rachel Ekanem displayed the heart of a champion.

As she charged past opponents at the OVAC Tournament, Ekanem’s run fell short in the championship. But not before turning in an unforgettable effort.

Ekanem fell behind 6-0 early only to rally back to within 6-5. She dropped the match 8-5 but her determination helped the Cadets earn their ninth consecutive OVAC small school title.

“Rachel is an excellent student, a very hard-working player and a very fine young lady who is a real pleasure to coach,” Linsly coach Dave Riethmiller said.

She also defeated last year’s state runnerup, Anderson, three times this year, including once in an OVAC semifinal.

Miranda Taylor is making trips to Charleston a tradition at John Marshall.

In her second year for the Monarchs, she again punched her ticket to the state tournament as the Monarchs’ No. 1 Singles representative.

Along with teammate Mackenzie Whorton, the duo delivered an 8-4 win in the No. 1 doubles event in the opening round.

As the season progressed, Taylor grew as a player and a leader at John Marshall and with two outstanding seasons under her belt, the future is looking bright for Taylor.

No matter the skill level of the opponent, it would take anyone’s best effort to defeat Wheeling Park senior Ryan Payne.

His determination and mindset for the game of tennis has earned him captain of the boys’ All-Valley Team.

Payne represented the Patriots at the state tournament in the No. 1 Singles event after showcasing his leadership all season for Park coach Tim Ickes.

“He was a fantastic leader that developed and improved vastly with his on-the-court skills and his off-the-court leadership will be surely missed,” Park boys coach Tim Ickes said. “He had a way to battle and beat players that maybe had more skill than him because of his mental strength.

“Him making it to state at No. 1 singles and No. 2 doubles shows his determination and success.”

He was also an OVAC semifinalist in the singles competition.

In No. 2 doubles, Payne and his partner, David Croft, continued the “Shake and Bake” tradition at Park, advancing to the second round of the state tournament.

“David and Coach Ickes made these last couple years an experience I’ll never forget,” Payne said. “We got a lot better as the year progressed and we had a great time along the way.”

His memorable career and senior campaign at Wheeling Central earned him back-to-back appearances on the All-Valley Tennis Team.

His performance at the regional tournament helped him secure a spot in this year’s state competition in the No. 1 Singles event.

Agcaoili grew into a leader for Coach Calfa’s squad as he left his legacy on the tennis program.

The 2019 school year was one of many great and new experiences for Lucca Contin, a foreign exchange student at Oak Glen.

Not only did Contin experience a new culture, he showcased his own talents along the way.

Contin earned a spot in the state tournament in the No. 1 Singles event and was an OVAC finalist for the Golden Bears.

His presence on and off the court played a key role in the success of Coach Tammi Brown’s Bears.

“Lucca was laid back all season,” Brown said. “He really enjoyed the competitive play and he made our team stronger. We had a better season because of him. He was well-liked and he allowed us to have four state qualifiers.

“His schools didn’t have sports teams. He hadn’t picked up a racket in four years but he was just naturally talented.”

Jitesh Pujara always finds his way into the mix of big tournaments.

This year was no different. He worked his way through the OVAC Tournament, making it to the championship before falling to University standout Andre Barcinas.

His work ethic and talent on the court earned him a spot in the state tournament in the No. 2 Singles event.

“Jitesh is Mr. Smooth,” Ickes said. “He had a great season playing at No. 2. He faced much tougher competition than he has in past years and he rose to the challenge and still made it to state.”