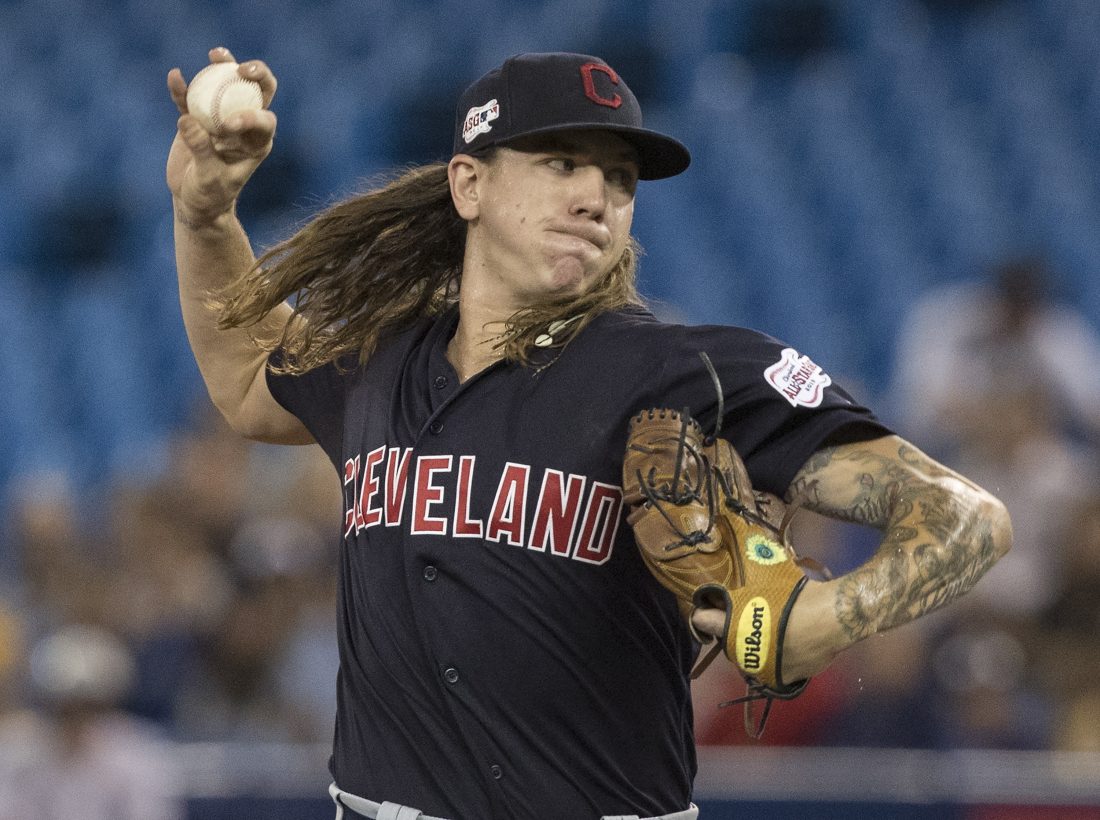 Francisco Lindor drove in a pair of runs and Jason Kipnis had two hits and scored twice for the Indians, who are a major league-best 29-11 since June 4.

Clevinger (4-2) allowed three runs and five hits, matching his longest outing of the season. He walked two and struck out seven. The right-hander is 3-0 with a 1.88 ERA in four July starts.

Mercado hit an RBI triple off Justin Shafer in the sixth and led off the eighth with a homer against Sam Gaviglio, his eighth.

Making his first start of the season after being sidelined with a sore elbow, Blue Jays left-hander Ryan Borucki (0-1) allowed four runs, two earned, and seven hits in 4 2/3 innings. He walked four and struck out three.

Cleveland opened the scoring in the second after a replay review showed Blue Jays shortstop Freddy Galvis had missed the bag on a force play at second base. Lindor made Toronto pay with a two-run single with two outs.

Justin Smoak answered in the bottom half with a solo home run, his 16th, but the Indians got another two-out RBI in the third when Jose Ramirez doubled and scored on a base hit by Kipnis.

Cleveland’s Roberto Perez hit an RBI double in the fifth but Toronto’s Billy McKinney hit a two-run homer in the bottom half, his sixth, cutting the gap to 4-3.

The Indians wasted no time widening their lead again in the sixth. Mercardo’s RBI triple skipped past a sliding McKinney in right, and Shafer left with a sore right elbow after loading the bases with back-to-back walks. Tim Mayza came on and gave up a sacrifice fly to Ramirez.

Shafer grimaced after throwing his final pitch and left the mound with a trainer following a brief chat with manager Charlie Montoyo.

Blue Jays: To open a roster spot for Borucki, the Blue Jays put RHP Trent Thornton (right elbow) on the 10-day injured list. Thornton first felt sore following a July 20 outing at Detroit. The rookie has an 11.08 ERA over his past four starts.