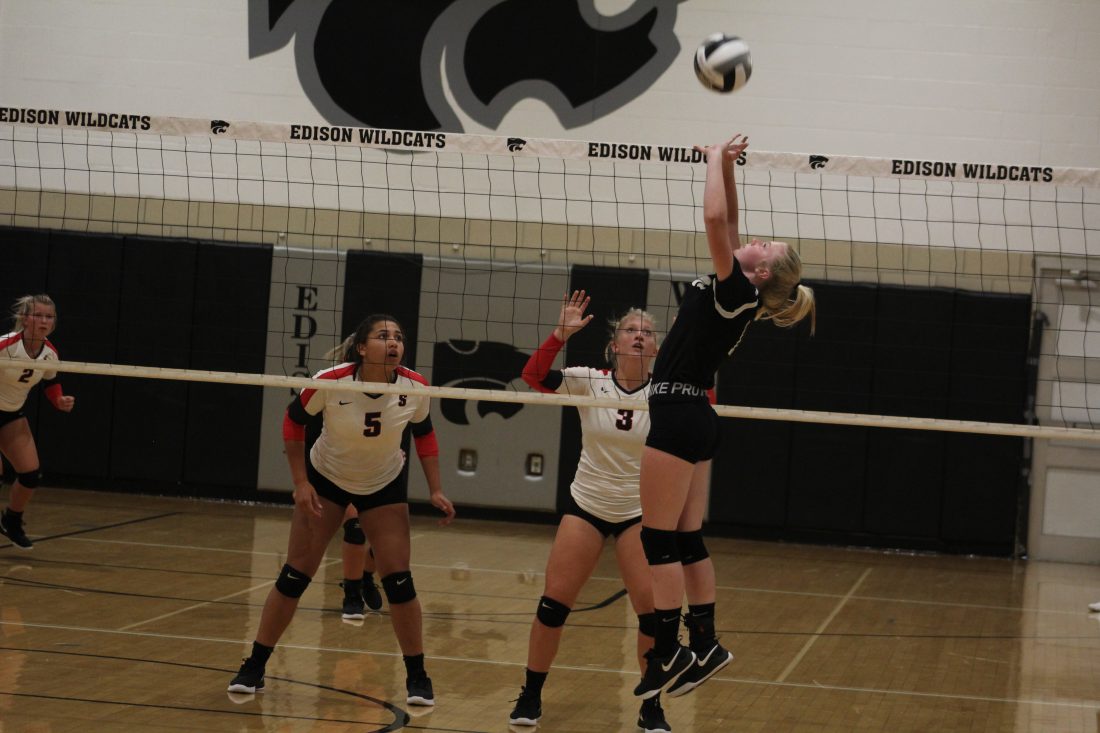 Along with beginning the season 1-0, the Wildcats gave Todd Smith his first victory as head coach.

“It looked like we forgot how to play in the third and fourth sets, but I’m not complaining,” Smith said. “We were able to bounce back.”

For Big Red (0-2), it’s still looking for Kristin Taylor’s first victory as head coach. It fell to East Liverpool in its opener on Monday.

WHEELING — Three teams were all within one shot of winning the match but St. Marys (333) edged both John Marshall (334) and Wheeling Central (334) in the end at Oglebay’s Par 71 Crispin Course.

The Maroon Knights had the match medalist on their side in J.C. Maxwell who fired a 75.

Mason Orndorff paced the Monarchs with an 80, followed by Cody Sprowls’ card of 81, Matthew Douglas’ mark of 85 and Adam Miller and Colton Sprowls, who each scored an 88.

Grant Barnhart led St. Marys to victory with a 77.

WELLSBURG — Ryan Bilby turned in another stellar outing as he shot a 1-under 34 to capture medalist honors at Highland Springs Golf Course.

Steubenville Central was led by Luca Connor who carded a 42.

Brooke Chamberlin paced St. Clairsville with a 43 and Sal Crist garnered a 44.

The Jets were led by Aiden Shutert’s 41 and Brandon Porter’s 53, while Cooper Buresky paced Bridgeport with a 53, followed by Adam Summer’s 55.