Luck Makes Decision Of His Life, For His Life 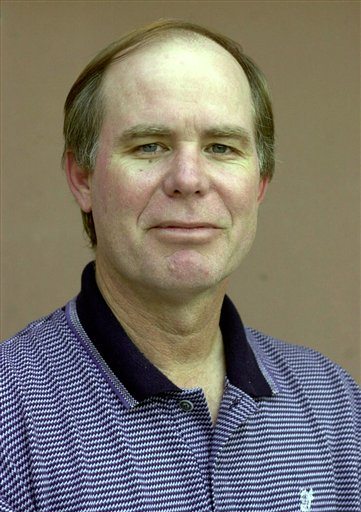 The timing was bad, but even worse was the reaction of the fans who took it upon themselves to boo Andrew Luck the last time he walked off a football field in an Indianapolis Colts uniform.

He made the only decision he could for his health and happiness. They responded by robbing him of what he so richly deserved for putting his body on the line for the Colts — one final moment to savor the game he still loves despite all the pain it has cost him.

“I’d be lying if I didn’t say I heard the reaction,” Luck said after it was all finally over for good Saturday night in Indianapolis. “Yeah, it hurt. I’ll be honest, it hurt.”

Fans will be fans, of course, especially after a night spent drinking their way through yet another miserable preseason game. To be fair, the alcohol kicked in long before word started circulating at Lucas Oil Stadium that the Colts quarterback of the future was now the quarterback of the past and the realization began to sink in that there would be no Super Bowl this season.

One moment Luck was on the sideline chatting and joking with teammates. The next he was trying to avoid choking up as he stood before reporters to officially tell the football world he was done.

Done with taking vicious hits that rattled his bones and shook his brain. Done with trying to come back from the injuries that kept coming faster than any opposing linebacker.

“I feel like I can’t live the life I want to live,” Luck said. “I felt stuck in it and the only way I see out is to not play football. It’s taken my joy of this game away.”

If it was shocking, it was only because it doesn’t happen more often. Tom Brady may be playing in his 40s, seemingly impervious to injury, but the sad reality of the NFL is that it’s a brutal game that plays no favorites.

Barry Sanders understood that toll, walking away while still on top. So did Jim Brown in a different time, before the cost of football on a player had been fully explored. Even Rob Gronkowski got out after seeming to realize that his body couldnt take the constant pounding for another season.

The price he was paying was simply too much. At the age of 29, the Stanford product was smart enough to know he was done.

“I know I am unable to put my heart and soul into this position,” Luck said. “It’s sad, but I also have a lot of clarity in this.”

But he leaves with a chance to heal before grandchildren are sitting on his knee.

He leaves with money in his pocket, his brain still intact and with fond memories of his teammates and time on the field.

He is newly married, with his first child on the way. Unable to play this preseason because of injuries, he had a lot of time to reflect on his life and concluded his life would be worse if he played on.

Boo if you want, but who can really blame him for that?

Luck’s absence will hurt in Indianapolis, of course. He was drafted to replace the great Peyton Manning and did so admirably, leading the Colts to the playoffs four of his six years, including the conference championship game in 2014, and an overall record of 61-41.

But football is nothing if not a cruel game, as anyone who has played it knows. There’s always an injury waiting to happen, and another player waiting for his chance.

“There’s a saying in football that everyone knows and everybody lives by,” Colts coach Frank Reich said. “It’s next man up and even though this situation is unique, no one is exempt.”

No, fans shouldn’t have booed Luck. They do, however, have a right to be gloomy over a season that now seems lost before it has even begun.

They needed Luck this year more than he needed football.

But Luck is at peace with himself, and in the end that is all that really matters.

“All I feel is love for this game and love for my teammates,” he said. “It’s the greatest game in the world.”

Parting words from a player smart enough to know when his time was up.

Tim Dahlberg is a national sports columnist for The Associated Press. Write to him at tdahlberg@ap.org or http://twitter.com/timdahlberg