A Look at Hunting

Columnist The Wild Side 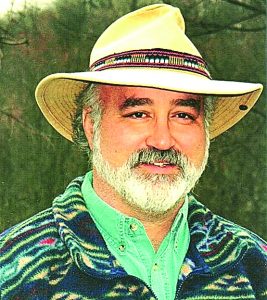 Over the years I have often written about using hunting to manage wildlife populations. I remain convinced that hunting is be a legitimate tool to solve wildlife problems, but its popularity is fading.

Today society places the welfare of wildlife above its recreational value to man. That seems a reasonable position for the dominant species on the planet. Given that premise, it’s difficult to make the case to hunt many common target species.

Here in the east white-tailed deer, black bears, and Canada geese create problems that justify large scale hunts. In some states a case might be made to control moose, coyotes, beavers, raccoons, and alligators.

(States manage their own residential species such as deer, bears, turkeys, squirrels, and rabbits. The U.S. Fish & Wildlife Service (USFWS) manages waterfowl and other migratory birds.)

This is not to say that wildlife agencies have outlived their usefulness. They have not. State regulated hunting is the most cost-effective tool to manage problem species. And wildlife biologists have gotten pretty good at it.

But it is time for an attitude adjustment. Should we kill animals that pose no problem to society just for recreation? I think not. After writing this column for 33 years, I’ve never had a reader complain that cottontail, squirrel, or opossum populations were out of control.

And to be honest, according to the USFWS the popularity of hunting has been fading for decades. Certified hunting license sales peaked in 1982 at 16.7 million; by 2000 license sales dipped to 15 million.

By 2006 license sales dropped even further to 14 million. More than 80 percent of those licenses were for deer hunters. That same year, 62.9 million Americans called themselves “wildlife watchers.”

By 2016 the number of hunters had dropped even further to 11.5 million, an 18 percent decline in 10 years. Meanwhile the number of watchers had grown to 86 million, a 37 percent increase. For a variety of reasons hunting has been in a steady decline, while “watching” continues to grow, perhaps because anyone can “watch,” and no special equipment is required.

You see, one does not just buy a gun and become a hunter. It takes time and money to master all that hunting entails. And it requires a mentor. Typically, a family member or close family friend fulfills that role. Hunting is steeped in tradition.

But that was then, and this is now. When I was a boy, there was a single-shot 12-gauge shotgun waiting for me.

On opening day of small game season the year I turned 12, my dad and I drove to a nearby cornfield and kicked up a few pheasants. I missed three birds that day. My dad never fired a shot. He exercised restraint to set a good example.

Today huntable land is in short supply. Many rural areas have morphed into suburbia. Non-hunters own most private property, and hunters are often not welcome. Guns and ammunition are expensive. And rural family hunting traditions have withered away.

It’s difficult to justify killing animals simply for sport or recreation. But as long as the meat is eaten and it’s legal, hunting remains a valid form of wildlife management.

Where I draw the line, however, is trophy hunting. Flying halfway around the world at great expense to kill elephants, giraffes, and lions is unacceptable in 2019. In a future column I’ll weigh the pros and cons of trophy hunting and make a case against it.