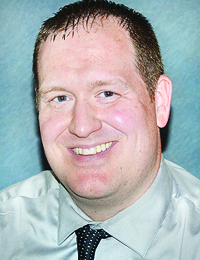 What a first week in the NFL.

I am happy my first go-around only saw me lose five games. Of those five games, three were me trying to not go all favorites and pick an upset, one was a surprise, and the other was me picking against my favorite team.

Remember when I said last week, I would be unbiased? Browns fans were relieved. Then guess what happened? Their team went on national television and stunk.

The Tennessee Titans were a playoff team last season. Not knocking them one bit and it doesn’t shock me they beat the Browns.

But by 30 points??? I said it last week, I like what the Browns have been doing. But until they prove to me they belong, I am going to be skeptical.

And Steelers fans, you aren’t getting off that easy, either.

My Twitter and Facebook feeds were filled with your laughter as the Browns did what they do best.

Then 8 p.m. rolled around and the Steelers did what they do best – get beat down by Tom Brady and the Patriots.

For a franchise that is as proud as they are, with the players they have, you would think through the years they would have caught up to Tom Brady. And yes, they won last year. Sun shines on a dog’s behind every now and then.

Sunday night in Foxboro, the same night the Patriots reminded Steelers fans that they aren’t the only team with six rings, Brady was Brady and picked apart the Steelers.

Steelers fans talked about addition by subtraction with the loss of Antonio Brown and Le’Veon Bell. Sure looked like they could have used them. The Patriots defense was as nasty as I have seen.

Now Steelers and Browns shouldn’t be pushing the panic button after one week. I still think the Steelers will rebound and make the playoffs. But I saw way more out of the three other predicted division winners this weekend that made me think it could be a short trip.

Cam Newton doesn’t look like himself. His shoulder injury could still be bothering him way more than he is letting on. You know who does look like himself? Jameis Winston. The 49ers intercepted two passes TOTAL in 2018. Winston threw three in Sunday’s game, two of which were Pick-6’s. Bruce Arians may be a quarterback whisperer, but maybe he needs to do some screaming for Winston to get his head right. Turnovers will kill you in the NFL. Panthers get a couple here and roll on a short week.

Yes, this one hurts me to pick. Honestly, I picked the Niners to lose last week with the intention of them winning this week. So why am I flipping? I don’t know, to be honest. The Niners D looked much improved. Jimmy Garoppolo was solid, if unspectacular against Tampa, outside of an ill-advised Pick 6. He will get better as he gets more games in. Maybe I just can’t see the Niners starting off 2-0. And Cincy played really well on the road in a tough environment in Seattle.

Chargers almost let one slip through their fingers at home against Indy. But in the end, San Diego (yes, I know they are in L.A. now, but they will always be San Diego to me), came away with the win. The Lions, on the other hand, had a game in hand against the Cardinals and had to settle for a tie. That has to be demoralizing. One positive for the Lions, though, is first round draft pick T.J. Hockenson. That kid looks like he is the real deal. Glad I drafted him late in fantasy football.

The Packers had trouble running the ball in the NFL opener against the Bears. Minnesota’s defense isn’t that nasty, but it is pretty good. Aaron Jones needs to get going for the Packers to have a chance and not make them one-dimensional. Why would I go Kirk Cousins over Aaron Rodgers? Close games are the norm between these two teams. Close games, division rivals, this one boils down to me taking the home team.

Are the Titans really that good? Doubtful. Playoff team, maybe, but I am not ready to jump on the Titans bandwagon as fast as people are jumping off the Browns’ one. The Colts could be a surprise team and showed me a lot, rallying to almost knock off the Chargers. Jacoby Brissett is not the answer, just a placeholder until the next guy gets there. But he is good enough to win a few games and he gets one here.

Wow did the Patriots look great! Wow did the Dolphins look terrible! Miami has a history of knocking off the Patriots in the Sunshine State. Remember last year’s wild game won on a series of laterals? However, this one is going to be a slaughter. I barely escaped in my Survivor Pool last week. Not overthinking it this week. The Patriots are the pick.

Kyle Lutz says this is the worst Giants defense he can remember. I have a hard time disagreeing with him. This game could be a shootout on that factor alone. Saquon Barkley may already be the best running back in the NFL, but that will only get the Giants so far. Buffalo is going to have a weird season. Nobody is going to take them as a serious contender, but they have just enough moxy to pull some wins out. They did it last week against one New York team. They do it this week against the other.

The Steelers are not going to start 0-2. They aren’t going to lose their home opener Since Heinz Field opened in 2001, the Steelers are 15-2 in their first contest at home each year. Ben Roethlisberger is a different quarterback at home than he is on the road. Plus, they have something to prove after Sunday night’s embarrassment. Seattle won’t be intimidated by the crowd, but it almost lost to the Bengals so I can’t pick them here.

Is Dak Prescott worth $40 million a year? I don’t think so. Non-Cowboys fans may not think so. Heck, Jerry Jones may not think so. But he sure played like it Sunday against the Giants. With Zeke Elliott still working his way back into game shape, Prescott torched the Giants for four touchdowns. If Dak plays like that all year, with as good as their defense is and Zeke carrying the ball, Dallas is going to win the Super Bowl. I don’t think he will do that every week, but against Washington this week, it will probably happen. The Redskins were up 17-0 on the Eagles and let it slip away. Another poor performance here and Jay Gruden’s hot seat is going to be turned up a notch.

Was Sunday’s result more the Ravens being that good or the Dolphins being that bad? It is probably somewhere in the middle. Lamar Jackson made light of people doubting him in his postgame press conference when he said “not bad for a running back.” Very true. Kyler Murray was dreadful for three quarters before rallying his team to a tie. I can see a similar scenario play out here, just with the Ravens doing enough for a victory to spoil linebacker Terrell Suggs’ return to Baltimore.

This is my upset pick of the week. Which means this is definitely wrong. Gardner Minshew will be the man under center for the Jaguars, sweet mustache and all. He was a college football folk legend at Washington State and played pretty well against the Chiefs in a tough spot last week. I picked the Texans to represent the AFC in the Super Bowl and I am sticking with that, but Monday’s heartbreaker will have a lingering effect. For DeAndre Hopkins’ sake, hopefully the Texans can avoid turning the ball over so he cannot get penalized for tackling someone.

Another upset pick. A lot has happened with the Raiders since last week. I picked them to make the playoffs and I am staying with it. They rally behind each other after the Antonio Brown fiasco and reach the postseason. And they make it 2-0 with a stunning victory against the Chiefs. Sammy Watkins won’t play that well again and KC will miss Tyreek Hill this week.

This will be a snooze fest. The Broncos defense will do just enough to earn a victory. Broncos coach Vic Fangio was Chicago’s defensive coordinator last year so if anyone knows how to stop Chicago’s offense, it will be him. More doubts will start to creep about where the Bears’ Mitchell Trubisky is a franchise quarterback.

The Saints have been waiting for this one for nine months. And after another botched referee call almost cost them Monday night against the Texans, they will leave no doubt in this one. Saints win big.

Eagles looked sluggish to start, then Deshaun Jackson and Carson Wentz starting playing pitch and catch and Philly fans were reminded of how much they missed their favorite wideout. I doubt Philly gets behind like that again. I also doubt Atlanta plays as poorly as it did against Minnesota. But I like Philly here on the road.

And all will be well in Cleveland again. The Browns will fail to impress, but they will get a victory. Odell Beckham will score a key touchdown and let everyone know it is the Browns’ time, pointing to his ridiculously expensive watch that he is for some reason wearing in a game. I kind of hope it gets smashed on someone’s helmet, but then he will come back the next week with an even more gaudy timepiece.