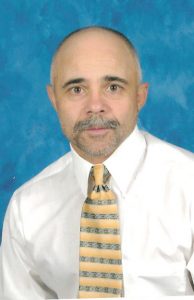 “I was really surprised. Absolutely,” Monteleone said when informed of his induction into the West Virginia Chapter of the National Wrestling Hall of Fame. “I’ve been out of coaching for 5-6 years, so this never even crossed my mind.”

Monteleone will receive the “Lifetime Service to Wrestling” award during a banquet on Sunday, Oct. 27 at the Embassy Suites in Charleston. Also being inducted are Northern Panhandle residents Ted Zervos (Moundsville), Rick Welker (Wheeling) and Will “Scheny” Schenerlein (Parkersburg); along with Jerry W. “Woody” Burns. A social will begin at 1 p.m., with the dinner at 1:45.

“It’s nice to be recognized with some of the people that helped shape my career,” Monteleone said. “Dick Edge was my high school coach. Ron Mauck, Bill Hinegardner, Ed West, Ed Dugas and “Scheny” have been big influences on me.”

Monteleone graduated from Warwood High School in 1973 where he excelled in wrestling. His coach was Hall of Famer Dick Edge (2016 honoree). He earned his bachelor’s degree from West Liberty State College. He then acquired a master of arts degree from West Virginia University.

In 1982, Monteleone was hired to teach and coach at Bridge Street Middle School in Ohio County. His teaching assignments included social studies and physical education. Monteleone was also appointed as the head wrestling coach and assistant coach in football and track.

As the school’s wrestling coach, he won three PAC-8 middle school championships. In the fall of 1988, he was re-assigned to Wheeling Park High School where he taught social studies and drivers education. He assisted Hall of Fame coach Edward “Buzzy” Evans (2010) in wrestling for nine years and also served as assistant football coach for six years.

In 1996, Monteleone took over the helm of Wheeling Park’s wrestling program for one year. He again returned as the head wrestling coach from 2002-07, where his teams were a force to contend with in West Virginia Class AAA and the upper Ohio Valley. The Patriots, during his tenure, recorded a dual meet record of 85 wins and 21 losses.

Monteleone’s squads won three OVAC Dual Meet championships, three OVAC Class 4A championships, and an overall OVAC Ron Mauck Tournament team championship in 2006. For his outstanding efforts as the Wheeling Park mat strategist, he was honored three times as an OVAC Wrestling Coach of the Year.

In 2006, Monteleone’s mat squad capped the season with a West Virginia Class AAA state championship in Huntington. He was also named the West Virginia State Coaches Association Coach of the Year in 2006.