Keep An Eye Out for Deer

Columnist The Wild Side 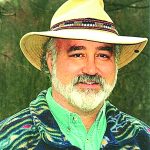 If you live in deer country, you know that autumn can be a dangerous season to be on the road. It’s when deer-vehicle collisions peak. In many areas, it’s not if you hit a deer, it’s when.

Over the last 30 years I’ve hit six deer. I completely totaled one car and suffered more than $3,000 in damage to another. And in two other incidents deer actually hit my car after I had stopped, and they did not.

Fortunately, my passengers and I escaped injury in each of these collisions, but the National Highway Traffic Safety Administration estimates that one million deer-vehicle collisions kill about 200 people annually.

State wildlife agencies invariably report that deer-vehicle collisions rise in October and peak in November. This coincides with the peak of the rut (deer mating season) and deer hunting season. Bucks chase does with abandon. When thusly preoccupied, both sexes ignore traffic. And hunters disrupt normal deer movement patterns.

From mid-October to mid-December, deer can appear on highways anywhere and anytime. They are most active, however, from dusk until dawn.

So, be careful, and keep these tips in mind.

∫ Deer are everywhere. You’re as likely to encounter one on a city street as on a rural interstate.

∫ Deer behave unpredictably. When you see one up ahead, slow down and expect it to cross the road in front of you.

∫ Deer are social and often move in groups. If you see one cross the road, expect more to follow.

∫ When there’s no oncoming traffic, use high beams. They illuminate the eyes of deer on the edge of the road.

∫ If you see a deer on the road ahead, brake firmly, but stay in your lane. If you swerve to avoid a 120-pound deer, you may hit an on-coming car or truck or lose control of the car and hit a tree.

∫ If there are young, inexperienced drivers in the family, teach them of the damage that deer can do to vehicles and people.

∫ Finally, note where large nut trees grow along the roads you travel regularly. The ground beneath a large oak tree, for example, becomes a feeding station because deer love acorns. So, especially at night, slow down when you pass known nut trees because you can expect to see hungry deer.

The growth habit of large isolated oaks along rural roads exacerbates this problem. Some oak branches can grow almost horizontally and sometimes reach as far as 50 feet from the trunk. The trunk may be a safe distance from the road, but the acorn laden branches can hang directly above the roadway. Furthermore, a road covered with acorns can be as slippery as one covered with ice.

On a related note, I’ve also learned to use fallen acorns as a source of free bird food. Each fall I spend a few days collecting a burlap bag or two of acorns which I store in a tightly sealed metal garbage can. (Otherwise mice will find them.)

Timing is critical, however. Newly fallen nuts don’t remain on the ground very long, so it’s best to get a head start on all the wildlife that loves acorns, walnuts, hickory nuts, and beechnuts.

In November, I will begin to offer the nuts my grandsons and I have collected. I put out just a handful each day because my supply is limited. But I promise turkeys, woodpeckers, jays, and nuthatches appreciate the effort.

If you decide to collect acorns to feed wildlife, understand that you’re creating a hot spot for all kinds of critters, including bears. If you know there are bears nearby, do not offer acorns. And be prepared for more wildlife around your feeders. Food is an irresistible magnet for wildlife.

Which brings me back to deer and vehicles. Accidents happen, but by knowing the roads and habitat close to home and expecting the unexpected, accidents can be minimized. So be careful. It’s a jungle out there.