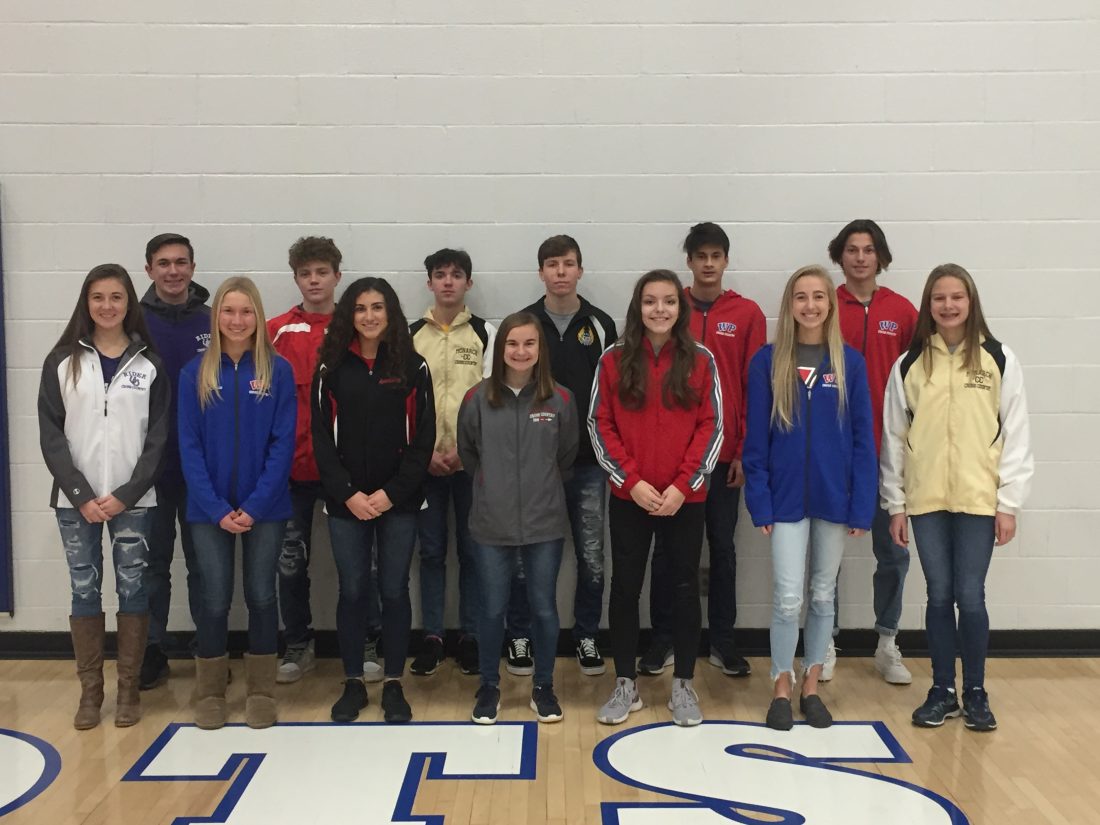 Another season is in the books for cross country in the Ohio Valley. It was another successful year as Ohio and West Virginia athletes put their heart and soul on the line for those 3.1 miles. This is the third annual Intelligencer/News-Register All-Valley Cross Country Team.

Qualifying for the state meet in Ohio is hard enough. When you secure All-Ohio honors, then you know you are doing something right. Therefore, Bellaire’s Jacob Defibaugh had a season to remember.

The junior led the Big Reds all season as he won seven races, including the 3A title at the Ohio Valley Athletic Conference Meet as he clocked in with a time of 16:46.

Kathryn Williams burst onto the scene last year when she took the area by storm as a freshman. There was no sophomore slump for the Buckeye Trail standout.

Not only did Williams qualify again to the state meet, she made her way to the podium.

The sophomore clocked in at 19:08.5 to secure 16th place in Hebron. Her journey getting there was just as impressive. At the OVAC meet, she earned ninth and was the Class 3A champion.

Williams’ postseason run was nothing short of spectacular as she took home a Division III district championship (19:40.3) and placed fifth at regionals.

A returner from last year’s All-Valley cross country team, Jasmine Arnold put together another impressive season leading up to her qualifying to the regional meet for the third year in a row.

She placed 14th at districts and 13th at OVACs. Arnold was also the first Class 4A runner to cross the finish line at conference (20:02.38) and also ran to victory at the Buckeye 8 meet.

Olivia Beard has been one of the area’s top runners in her four years in a Pilots uniform. A season after a successful junior campaign where she qualified to the state meet for the first time, she picked up right where she left off. Beard again qualified to the state meet where she finished 62nd (20:17.7). She also took home the 1A/2A title at OVACs (12th overall) and a district runner-up. This is Beard’s third time on the All-Valley Cross Country Team.

For the first time in school history, Steubenville High School was represented at the state meet in cross country. Sophomore Anastasia Crisante will forever hold that honor where she finished 64th, clocking in at 19:53.7. Crisante also took sixth place at OVACs crossing the finish line in a time of 19:18.96. Crisante’s postseason started with an impressive fourth-place finish at districts (19:46.1). At the regional meet, the sophomore secured 13th in a time of 19:28.8.

What a comeback season for Isabella DiSaia! Last year after shutting it down for six months, she came back stronger than ever for her senior season. She secured her first individual victory when she won the Meadowbrook Invitational, clocking in at 19:26 and secured a Top 10 (seventh) finish at OVACs. DiSaia qualified to the West Virginia Secondary Schools Activities Commission Cross Country Championship where she finished 22nd after placing seventh at regionals.

Just like DiSaia, McKenna Dunbar also had a quality season for the Patriots. She finished in the Top 20 (18th) at OVAC and will have her name in the history books at Wheeling Park as she finished this year with the seventh fastest time in Park girls’ history (20:47.9). She finished her year with a 20th-place finish in arguably the toughest region in the state.

This Red Devils standout earned All-OVAC honors after placing 17th at the conference meet. Allyson Evonek was also impressive at the Buckeye 8 meet where she finished runner-up. In the postseason, the sophomore led her Red Devils squad to the regional meet after she placed 12th at districts where she clocked in with a time of 20:47.5.

Chloe Hill finished off her Purple Riders cross country career in impressive fashion. After placing 22nd at OVACs, she had an impressive run during the postseason. The senior qualified to the regional meet along with her team after placing fifth at districts timing in at 20:53.3 In her final race, she crossed the finish line 37th at 21:07.1.

Everyone knows by now that there’s almost nothing that Zara Zervos can’t do when it comes to competitive sports. The Monarchs junior had another successful run at OVACs where she clocked in at 19:30.4 good enough for eighth place. She also took home a first-place finish at the John Marshall Invitational where she clocked in at 20:44.71. This is Zervos’ second time on the All-Valley Team.

While John Marshall may not get a lot of the spotlight in cross country, people should keep an eye on sophomore Mack Allen the next couple of years. Allen impressed at the OVAC meet where he finished 10th overall, clocking in at 16:48.7. Going into his junior year, he will be extra motivated to take his running to the next level as he was one place short of qualifying to the state meet. He placed 11th in arguably the toughest region in the state (17:03.12).

Another sophomore in the area that will make some noise over the next couple of years is Oak Glen’s Konnor Allison. Actually, he’s already put his name out there. The Golden Bears’ No. 1 runner placed 11th at the conference meet. He also claimed victories at the Cameron Wild and Wet Invitational and John Marshall Invite. Allison qualified to the state meet after finishing seventh at regionals. In Ona, he clocked in at 17:09.55 finishing in 14th.

This Tyler Consolidated junior just keeps on going. Spencer Corley, the No. 1 runner for the Silver Knights returns to the All-Valley team for the third consecutive year after another impressive season. He qualified to the West Virginia Class AA/A state meet for the third straight time where he finished 21st timing in at 17:31.64. He punched his ticket to Ona after placing 10th at regionals in a time of 17:30.

After losing four seniors from last year’s team, Wheeling Park looked to Vincent Disprosperis to lead the boys team. And sure enough, the senior did his job. Diprosperis returns to the All-Valley team after qualifying to the state meet placing 10th at regionals (16:59.78). He finished his senior campaign crossing the finish line in 59th. He also placed 16th at the OVAC meet, clocking in at 17:13.17.

Logan Laney certainly stepped up to help his team near the end of the season.

The junior qualified to the regional meet after leading the way for the Huskies, placing 11th at districts after clocking in with a time of 17:28.3.

He also impressed at the OVAC meet where he finished in the Top 20 (19th). His junior campaign came to an end at regionals placing 47th timing in at 17.32.5.

Coming into his senior season, Eric Leech had big expectations and he fulfilled them. Leech, who also played soccer for the Huskies had a busy fall. He led Harrison Central at the conference meet where he placed eighth, timing in at 16:44.87. Leech was also the 4A champion and was the first local finisher to cross the line. He qualified to the regional meet again after placing 22nd at districts in a time of 17:53.0.

While Diprosperis was leading the way, Wheeling Park’s Jonah Nizami may have been overlooked a bit. However, it should be known that this Patriot could be a force to be reckoned with over the next few years.

Only a freshman, Nizami was always right behind the senior leader of the Patriots as he placed 17th at OVACs, crossing the finish line at 17:14.14.

His freshman campaign came to an end where he finished in the Top 20 at the regional meet.

With one more year left, Martins Ferry’s Elijah Smith will look to build off a strong junior campaign.

This past fall, the Purple Riders standout earned All-OVAC after placing 20th at the conference meet. Smith timed in with an impressive 17:25.5.

He also not only helped his team qualify to the regional meet, but he placed in the Top 20 at districts securing 19th (17:49.2). His junior campaign ended after pacing the Purple Riders in the regional meet where he finished 52nd.