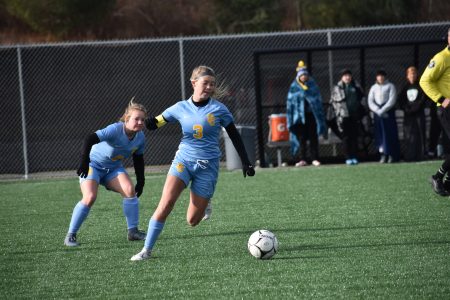 Oak Glen forward Reece Enochs was selected as the captain of the Class AA/A all-state soccer team as selected by the West Virginia Sports Writers Association. 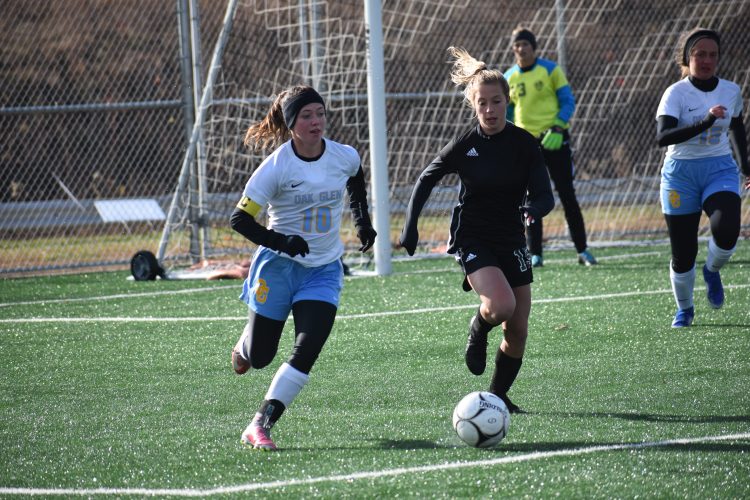 NEW MANCHESTER — Oak Glen is turning into one of the premier soccer teams in West Virginia, advancing to two straight state tournaments and, this year, making its first state title game.

Next year, the Golden Bears will look to take that next step and a big part of that optimism has been the play of Reece Enochs.

The standout forward has made her own share of history this season, breaking the school record for career (107) and single-season goals (48).

For her efforts, Enochs was selected as captain of the Class AA/A all-state girls’ soccer team, as selected by the West Virginia Sports Writers Association.

“She is very deserving and her stats alone are something that should open eyes around the state,” Oak Glen coach Ryan Wells said. “The leadership qualities she has shown in the locker room, she really is a leader among leaders.

“Watching a kid grow from a sophomore to a junior, she has gotten bigger, stronger, faster. The ability has always been there and she has really taken those next strides.”

Enochs is the second straight Oak Glen player to be selected as captain of the Class AA/A squad, following Maggie Kovalcik from last season.

In leading the Golden Bears to OVAC, sectional and regional titles, Enochs has done so by example.

“She isn’t real vocal, but she puts her head down and does what she needs to do,” Wells said. “Last year, she had a counterpart in Maggie and now she is the main scorer and having to take on the full focus of opposing defenses.”

Enochs is helped out by Brooklyn Loveland, who was selected as a first-team midfielder.

The junior is an expert at crosses, corner kicks and set pieces. She was one of the top assist leaders in the state with 32 to go along with nine goals.

“Brooklyn is one of the best defenders and people don’t see that,” Wells said. “When they try to force the ball to the other side, she is there to cross it in. Her pinpoint accuracy on corners and set pieces is remarkable.

“She and Reece have a weird knack of finding each other. She never comes off the field and goes 18-to-18 the whole game.”

Madonna’s Kali Krynicki netted 30 goals and 11 assists on a young Blue Dons, taking the team to an OVAC Class 3A/1A title game appearance. She makes the first team in a utility spot.

“Kali is a complete player, well-composed and strong on the ball,” Madonna coach Bob Kolanko said. “Our team finished with 68 goals so Kali directly accounted for 60 percent or our offensive attack. But more importantly was her ability to lead such an inexperienced group of players to a very respectable season.”

Weir’s Isabella Aperfine played in 13 games because of an injury, but still made an impact with 14 goals and 10 assists. She was a second-team midfielder.

While it was a solid year for Oak Glen, at the end of the season, it was Charleston Catholic that raised a state championship trophy after three years of runner-up finishes.

The Irish are led on the first team by a trio of players in midfielder Lindsay Carr (junior), defender Audrey Miller (junior) and goalie Katie Nestor (senior).

Carr netted 19 goals and 12 assists for Coach Amy Mullen’s squad, including a key goal to put the Irish up 3-1 in the championship game victory.

Bridgeport and Winfield rounded out the final four in the state.

Poca freshman Katie Farley burst onto the scene with 48 goals and 15 assists and joins Enochs, Pauley and Sissonville sophomore Anna Gregor as forwards.

Williamstown senior netminder Mara Rinehart recorded 13 shutouts while allowing 17 goals in 21 games (.8 per game) to be selected as a first-team goaltender. 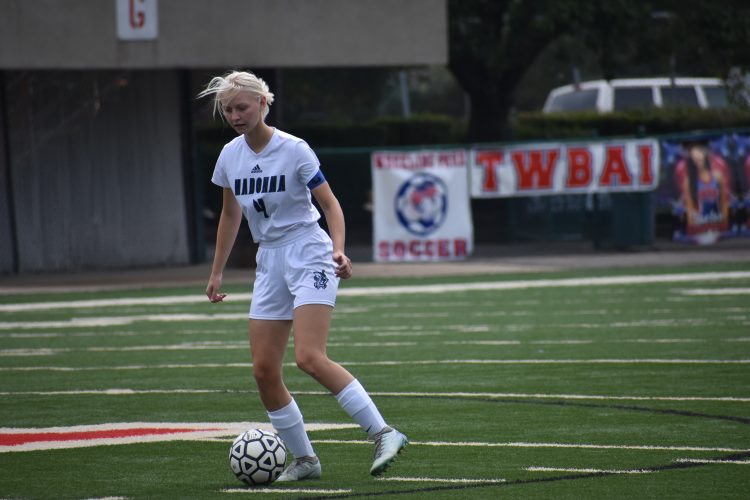