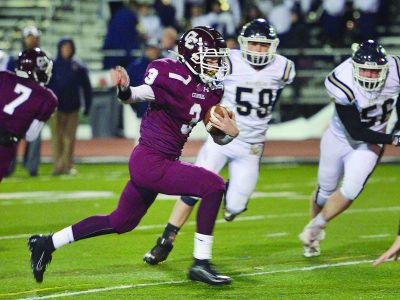 Senior Jacob Rine threw for 130 yards and two scores while junior Jordan Waterhouse ran for 158 yards and two more touchdowns and the Maroon Knights cruised to a 52-6 victory over the out-manned Blue Eagles on Bishop Schmitt Field on the campus of Wheeling University.

Coach Mike Young’s crew finished the regular season with a 6-4 record and are most likely to finish just outside the top eight in the playoff rankings and will hit the road in the first-round next weekend.

“We know that we are going to be on the road next week and we will go wherever the bus takes us,” Young said with a smile.

“Wherever it is, we will come out and play hard and do what we do.”

Meanwhile, Coach Dave “Doc” Chapman’s Magnolia squad capped an uncharacteristic 0-10 campaign and will look to rebuild for the 2020 season.

“We know that we have a lot of work ahead for us, but believe me, Magnolia football will be back,” Chapman said afterwards.

Central took the opening kickoff with Rine connecting with Jalen Creighton, who wore the No. 11 jersey of injured senior quarterback Curtis McGhee III, for 26 yards on the first play before a 24-yard gainer to Waterhouse on a quick pop-pass a play later.

The 61-yard, four-play drive capped with a three-yard Waterhouse burst at 10:11 with Rine’s PAT making it a quick 7-0 score.

Magnolia’s first of four consecutive three-and-outs led to a punt and the Maroon Knights taking over at its own 48. On the first play Rine dropped a short pass to the left to Adam Murray, who rambled 52 yards down the sideline for the second touchdown at 7:43.

The host started its next drive at midfield and needed four plays for Waterhouse to go in from nine yards away for a 20-0 score.

A nice Creighton punt return set Wheeling Central up at the 24 a short time later with Rine connecting with Creighton to finish it off in one play at 1:50.

Sophomore Braxton Anderson got into the act on the first play of the second quarter, blocking a punt that was recovered at the Magnolia 20. Anderson then rolled in from 20 yards out on the next play.

A fumble recovery led to the next score with Murray carrying for 23 yards and then capping the short drive with an 11-yard scoring run at 9:50. Peyton Anderson, Braxton’s sister, hit the extra-point after for a 40-0 reading, which stood at the break.

Braxton Anderson’s second touchdown of the night, on just his second carry, made it 46-0 at 3:03 of the third. Central added a 23-yard scoring strike from back-up quarterback Michael Toepher to Caleb Ratcliffe midway through the third while the Blue Eagles closed the scoring on Mike Hamrick’s 4-yard burst on the game’s final play.

“I’m glad we scored at the end and I am so glad for Mike Hamrick who is a four-year starter, an all-state lineman and the only senior on our football team,” Chapman said.

“It was a tough night for us, but Wheeling Central is a very good football team.

“They have so many weapons and in my mind, they are still the odds-on favorites to win a state championship.”

Young, meanwhile, was happy with his kids’ efforts and the senior leadership on his team.

“I’m very proud of this team and how they have responded,” Young said.

“We had a couple of big injuries with Curtis (McGhee III) and last week we lost a hard-working kid in Jude Cottrell to a knee injury. We had some kids show some great senior leadership including my Captains, (Adam) Murray, (Jalen) Creighton, (Jacob) Rine and (Curtis) McGhee.

“We really got going out of the gates (Friday) and made some noise. Magnolia is limited in numbers and I have the utmost respect for Coach Chapman. That is a classy group from the players to the coaches and they played hard to the bitter end.” 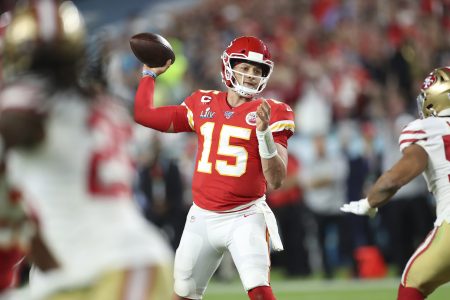 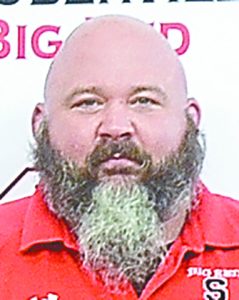