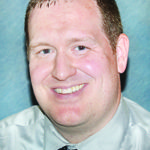 How about them Cowboys?

And I don’t say that in a positive tone.

The Dallas Cowboys are 6-7 and lead the NFC East. They are tied with the Philadelphia Eagles, but hold the tiebreaker because a long time ago, Dallas actually won a game.

The Giants and Redskins combine for five wins.

Remember how I have been harping on AFC North all year being the worst division in football. Well, I stand corrected.

Someone from the NFC East is not only going to win the division — with at best a 9-7 record — but host a playoff game.

That likely means that a 49ers or Seahawks team that just misses winning that division, is going to have to go on the road for the opening week of the playoffs.

Listen, I get the importance of winning your division. Heck, I am even OK with that team being guaranteed a playoff spot. But there is no reason San Francisco or Seattle should have to go on the road. You would think with the rest of the teams in that division, Dallas and Philly would just be piling up wins. And they are beating those teams, just not anyone else.

Seattle and San Francisco play twice a year, and let’s not forget the surging Rams right now. The Vikings and Packers loser will be the No. 6 seed and they deserve to be at home more than Dallas or Philly.

It won’t change in the middle of the season, but it should be looked at in the offseason.

The Ravens keep rolling, earning another hard-fought win against a tough defense. The Jets likely won’t put up too much of a fight. This could be a pad-statting victory for Lamar Jackson in his quest for the Most Valuable Player award.

Look out for the surging Broncos. Did they finally find their answer at QB? Drew Lock has been solid since taking over and the Broncos put a beatdown on the Texans. Since I am now in the predicting business, I am going to say Denver is the team next year that takes that next step forward, especially if they can hit on their first-round pick. But that is next year. This year still belongs to Kansas City.

With the NFL celebrating 100 years, Jameis Winston may pull off one of the rarest feat since in the history of the sport. He may end up leading the league in touchdowns and interceptions. He is currently tied for second in TDs (26, two behind Jackson) and first in picks (23, seven ahead of Baker Mayfield). Lions have a porous pass defense so expect Winston to be letting it fly a lot here.

This one is picking with my heart. Tennessee is on fire and playing at home. It is hard to go against them. But I have been on the Texans bandwagon all year and I am not ready to jump off yet. I fully expect to get this one wrong.

Eli Manning was solid for the first half in his start Monday against the Eagles. He at least earned himself another start, especially in front of the home crowd for what could be the last time. And if it is for the last time, getting a win, even against the lowly Dolphins, would be a fine way to end a historic career with the G-Men.

The Seahawks looked abysmal Sunday night against the Rams. And despite having to go across the country to Charlotte, I don’t expect to see another performance like that. Seattle gets back in the win column.

The Bears are suddenly out of hibernation and fighting for a playoff spot. They are two games behind the Vikings so a loss here eliminates them from contention. The Packers seem to still be recovering from that loss to San Francisco, letting two inferior opponents hang around the last two weeks. Against the Bears, motivation shouldn’t be a factor.

I really want to pick the Redskins to win this game because that is just the thing that would happen to the Eagles. And they didn’t really inspire confidence against the Giants. But someone has to win this division and I have more faith in the Eagles than I do the Cowboys right now.

Baker Mayfield calling out the Browns training staff for mishandling an Odell Beckham injury? That doesn’t sound good. And now reports coming from Jay Glazer that Beckham wants out of Cleveland after one year. This team gets more dysfunctional by the week. The Brown still have playoff life, but need a lot of help. So I will pick them to win here. Besides, Arizona has burned me two straight weeks on upset picks.

Two teams going in opposite directions. At midseason, both looked poised to make surprise playoff runs. That seems like a long time ago. Jacksonville was officially eliminated from postseason contention last week. The Raiders have faint life, which after three straight losses, are in big trouble. A win here is a must.

The Vikings are trying to keep pace with the Packers, but also have to be wary of the Rams, who are just a game behind. With a showdown at home next Monday night against the Packers, they can’t afford to be looking ahead. If Minnesota is focused on this game, it should be no problem. But the Chargers will have one of their key “keep it close, but don’t win” games.

Wow, what a game! And what a win! On a day when the defense wasn’t itself, Jimmy Garoppolo proved a lot of doubters wrong and showed he can be an elite quarterback. Of course, he will have to do it in the postseason where it matters, but 49ers fans should have all the confidence in the world in Jimmy G. Not to mention, George Kittle is a beast. Coming off that emotional win, and closing with the Rams and Seahawks, this is the definition of a trap game. Add in Dee Ford and Richard Sherman being out with injuries and the Falcons could keep this one closer than the experts think.

This one is for loyal reader, and longtime Rams fan, Curtis Tschappat. The Rams looked done a few weeks again and now looking strong again, including an impressive win over Seattle. No one wants to see them make the playoffs. And I definitely don’t see the Cowboys beating them this week. In fact, I don’t have the Cowboys beating Martinsburg right now. Maybe Jerry Jones should give Bulldogs coach Dave Walker a call.

The Buffalo Bills are playing in their first Sunday night game in 12 years. Unfortunately for them, that trip is to Heinz Field where a rowdy crowd and a killer defense awaits. The Steelers offense still has its issues, but that defense is winning them games. The crowd and defense does just enough to make life miserable for Josh Allen and put Pittsburgh one step closer to what seemed like an improbable playoff berth.

It is going to be a sad day when Drew Brees calls it a career. The way he picked apart San Francisco’s vaunted defense last week was a thing of beauty. The loss shouldn’t deter Saints fans. They are still capable of beating any team, any place as long as No. 9 is under center. The Colts are another team clinching to postseason hopes, but that dream will end here. At least they will be in the perfect place to drink their sorrows away.