The Three-Peat Is Complete for Wheeling Central 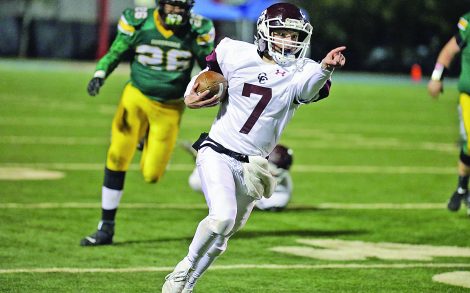 WHEELING — It may sound cliche, but athletes are always told to be ready when your number is called.

Since Jacob Rine took over quarterback duties two months ago from an injured Curtis McGhee III, he has been there to manage the game, rely on his teammates and not do too much.

But in the biggest game of his life, he had an outing anyone who ever puts on pads or straps on a helmet dreams of.

Rine passed for 214 yards and four touchdowns, leading Wheeling Central to its third straight W.Va. Class A state championship with a 38-21 victory against top-seeded Doddridge County on Saturday at Wheeling Island Stadium.

“I have been around football all my life, being around practices since I was 5 years old so I felt like I was smart when it comes to things like this,” Rine said. “My teammates helped me so much. It is easier to manage the game and play well when they guys around you are playing hard and making plays.

“This was my best game, definitely. It is hard to put into words this feeling I have right now. I don’t know how I was able to go out there and do what I did, but thanks to God to instill that talent in me (Saturday). All the thanks goes to him.

The Maroon Knights (10-4) have made a living this postseason on the defensive end. And coming into the title game, it was going to face one of its toughest challenges in Doddridge County’s Hunter America.

The standout running back was a key focus and despite the fact he ran for 126 yards, he was largely kept in check by the Maroon Knights defense.

In fact, as good as the defense was for Wheeling Central, the offense was what kept them going. The Maroon Knights never punted and the only drives that ended without points was one that ended at the Doddridge County 3 and the final drive where they ran out the clock.

The Doddridge County faithful filled the east end of Wheeling Island Stadium and were loud in support of their team. It didn’t take long to silence that crowd.

After a Bulldogs three-and-out to start the game, followed by a bad punt, Wheeling Central took over at its 48 and took 10 plays to get on the board first — a Waterhouse 5-yard run.

On the ensuing Doddridge possession, quarterback Noah Bumgardner was sacked by Mason Smith and Michael Horan recovered a fumble. Bulldogs coach Bobby Burnside challenged that his QB’s arm was going forward, but the play was upheld.

Three plays later, Rine rolled to his right and threw a perfect pass to Marling at the side of the end zone. Marling made a tough catch and kept a foot inbounds to haul in a score and put Central up two scores.

Doddridge County finally got on the board thanks to a Dylan Knight 3-yard run to cut the deficit in half.

Central drove deep into Doddridge territory, but the drive stalled at the 3. The Maroon Knights defense stood tall and forced a three-and-out, giving them the ball back with 2:22 to go before half.

Rine worked his magic, converting on three big pass plays, the last, a play-action pass that resulting in the senior finding a wide-open Adam Murray for a 6-yard TD with 25 seconds left before half.

“We felt confident in our offense and to be able to mix it up and score,” Wheeling Central coach Mike Young said. “It just says so much about the character of these kids and the plays that they made.”

Burnside felt it was one of the deciding moments of the game.

“We were battling and trying to make it a one-score game and that score before halftime was huge,” Burnside said. “They controlled field position the whole first half and that was a big part of the game. That made the climb for us harder.

The Maroon Knights opened the second half scoring on a Rine 25-yard field goal, but Doddridge answered with Bumgardner finding Austin Kelley with a beautiful over-the-shoulder catch that trimmed the Central lead to 24-14.

The Doddridge defense and a Central facemask penalty put the Knights in a third-and-19 hole.

In a play eerily similar to the game-winner against Tolsia, Rine let it fly with Creighton beating his defender, leaping up higher to bring it down, shaking him off and waltzing into the end zone, a 63-yard scoring strike that was seemingly the dagger into Doddridge County.

“It was a fade and the only difference was at Tolsia we had the inside guy run a seam, but they didn’t have a safety over top so I knew it was one-on-one with Jalen and I take that matchup any day,” Rine said.

The two hooked up again in the final quarter, giving Rine his career-high fourth passing TD. He also rushed for 83 yards.

“He played lights out,” Young said of Rine. “We were very cautious at times of having him run the ball. He’s not that big, he’s not that muscular, he’s not that physical of a kid. We had to channel some of what we could do with him because we needed him to last.

“He did it all (Saturday). He packaged it all in one night and this will be one of the greatest adventures of his life.”

Waterhouse paced the Central rushing attack with 90 yards and a score. Creighton had four catches for 77 yards and two TDs.

In addition to being the third straight championship for Wheeling Central, it is the 12th overall and the eighth under Young. 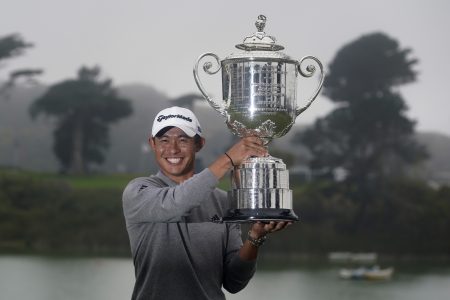 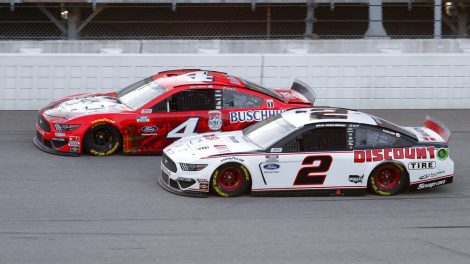