Central has traveled over 1,200 miles this postseason 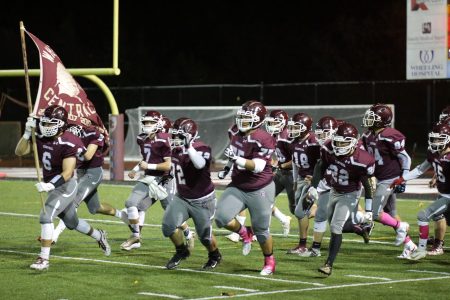 Photo by Alex Kozlowski Wheeling Central has traveled over 1,200 miles this postseason. They have won all three road playoff games to secure a spot in tonight’s Class A state championship game against Doddridge County.

WHEELING — When it comes to the playoffs in West Virginia, teams that claim one of the top four seeds have the luxury of playing on their home field at least three times in order to get to Wheeling Island Stadium. Having the home field advantage can be very beneficial. Teams can sleep in their own beds and not have to worry about travel time.

Wheeling Central, though, has had a different journey this postseason. Claiming the 10th seed in the Class A playoffs, the Maroon Knights traveled more than 1,200 miles this postseason. The trips didn’t seem to affect them as they pulled off three straight road victories to make it back to Wheeling Island Stadium to play for a third straight Class A championship against Doddridge County tonight.

“I think our kids answered the challenge in terms of being road warriors and being able to keep in mind the game is being played on the football field not on the bus or not on the road you travel,” Wheeling Central coach Mike Young said.

Two of their trips were four hours and over 260 miles just to get to their destinations in Tolsia (first round) and Pendleton County (semifinal). The Maroon Knights’ second matchup was just under a two hour drive to Ritchie County.

“One of the three trips, we spent the night, but the kids read their scouting reports, read their assignments, we’re able to have a little team meetings at different times, have walk-throughs at time which created more stability on staff and in our kids. That’s huge in terms of facing the challenge of winning the game.

“Some of those challenges aren’t just winning the games, it’s getting over the fact you’re on the bus for a long period of time, you’re period of time, you’re eating out, you’re sleeping and spending the night in some place with a bed different than your own. We try to make the kids as comfortable as possible, we try put them in the right place to go out and play to the best of their ability. We try to make it so everyone is getting along. I think it’s huge in all relationships. The comradery and joining of the personalities and make it positive. That’s what we’ve been able to do.”

This isn’t the first time the Maroon Knights traveled over 1,000 miles to play for a state championship in their backyard, though.

In 2005, Wheeling Central finished the year with a 6-4 record and claimed the 15th seed. They secured victories against Greenbrier West (41-26), Parkersburg Catholic (21-6) and Tygarts Valley (24-13) to take on top-seeded Williamstown in the state championship. The Maroon Knights defeated the Yellowjackets, 35-20.

“When you go 6-4, you have consequences for that and that you have to travel,” Young said. “But when you go 6-4 and still get in, that means you played a pretty powerful schedule. To still get in and because we were able to win the first three weeks to get to the championship we played and lost to was pretty strong. When you lose to a team like Martins Ferry, Fort Fye, Linsly St. Clairsville, those are good football teams and programs. But when you win over teams like Williamstown, Shadyside and Western Reserve and you’re able to compete and win against those guys to move you forward, that’s what we were able to accomplish. That’s what you build on. You try to put the losses behind you and put the positives in front of you, which is beating six teams.”

Spending a handful of hours on a bus can be extremely difficult, especially when a game is right around the corner. With the urge to get on the field, Jalen Creighton just wanted to get out there and play. The year, though did bring back some memories for the senior wide receiver when the Maroon Knights were sitting at 3-4 during the 2017 season.

“It’s been pretty tough,” Creighton said. “Having to be on the bus for that long, being anxious to just get out there and play.”

“My sophomore year was similar to this year. We were 3-4 after we lost to Martins Ferry. But Coach (Jason) Rine gave us a good talk after that week. That just whipped us up and we ended up winning the state championship.”

However, traveling all those miles to be able to be able to hoist another state championship trophy, does make the feeling of a road warrior more special.

“It’s definitely more icing on the cake to finish that way,” Young said. “It definitely puts more feeling of pride and accomplishment in your heart. I think that’s huge in what Central’s all about. 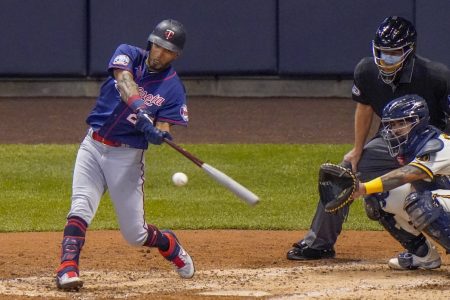 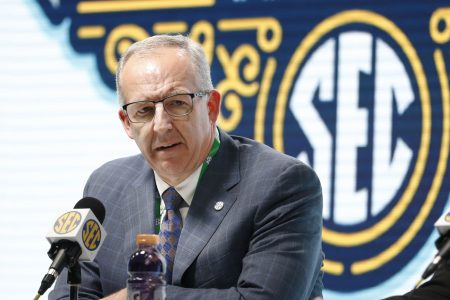 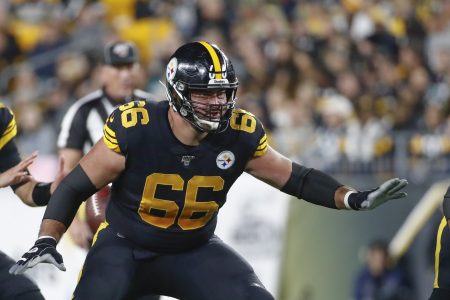