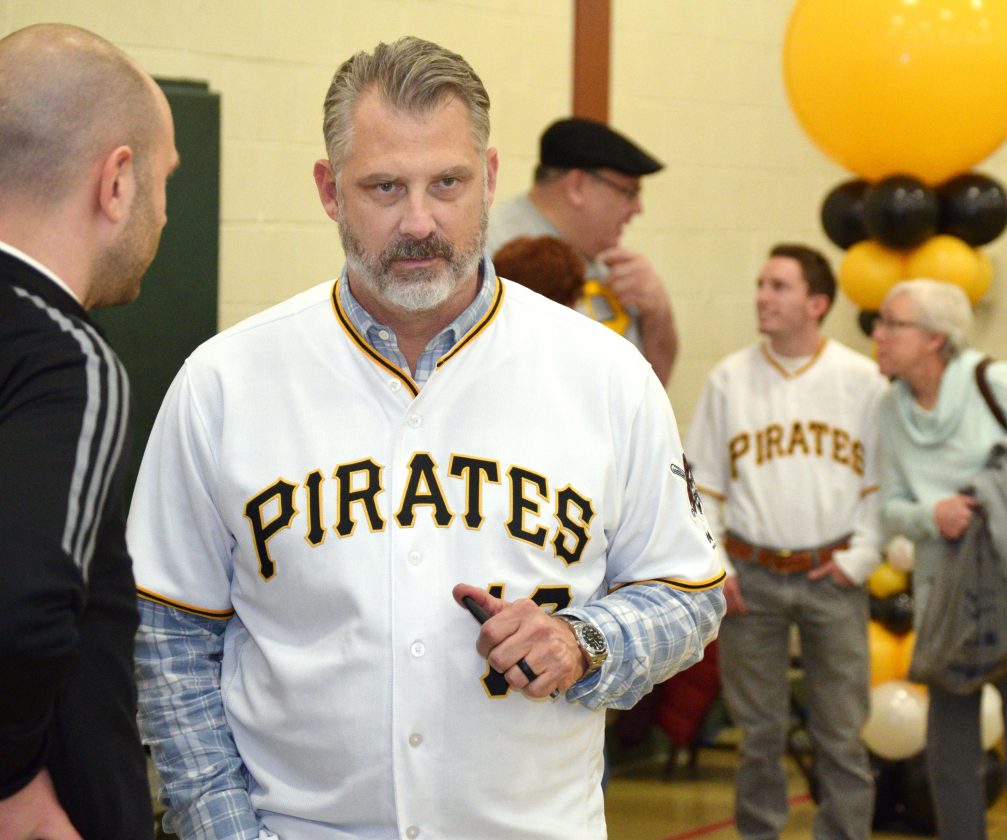 WEIRTON — Making his second day of CARE-A-Van stops as the new Pirates manager Derek Shelton, could not be happier with the reception he’s gotten from Pirate fans so far.

“It’s been very good. The reception has been great,” he said Thursday afternoon during the CARE-A-Van’s stop at Weirton Elementary School. “I got some really good advice early on from Jim Leyland right as I took the job just to be myself. I’m going to be myself and be honest and open.”

By doing so, he hopes to build off of the early reception and gain the respect of the Pittsburgh faithful.

“I’m going to look to grow and develop that relationship (with the fans),” Shelton said. “I realize in any relationship you have to build trust, whether it’s with players or with the fan base, and that is what we’re going to do.”

All-Star first baseman Josh Bell is looking forward to getting the season started with the new staff.

“I’m really excited, it’s going to be a refreshing change,” he said. “Nothing against the guys that were here before, they’re going to be missed for sure. I learned a lot from them. But, just the idea of change is refreshing and we’re excited for spring training.”

The first big hurdle for that staff is learning the team as fast as possible when pitchers and catchers report on Feb. 12.

“It’s a lot of learning,” Shelton said. “We have had a lot of conversations, we’ve looked at video, but we really haven’t been around the group on the field. So, the biggest thing for us is going to be on the field, being with this group, seeing how they interact with each other, seeing how they move. I think that is probably the thing our staff is most excited about.”

Shelton began his professional coaching career for the New York Yankees’ minor league teams from 2000-2002. He later was the hitting coach for the Cleveland Indians from 2005-2009 and for the Tampa Bay Rays from 2010-2016. He was the Toronto Blue Jays quality control coach in 2017 before becoming the bench coach for the Minnesota Twins for the previous two seasons.

He has a clear vision of what he wants the team to be.