Parkersburg Catholic Too Much for Wheeling Central 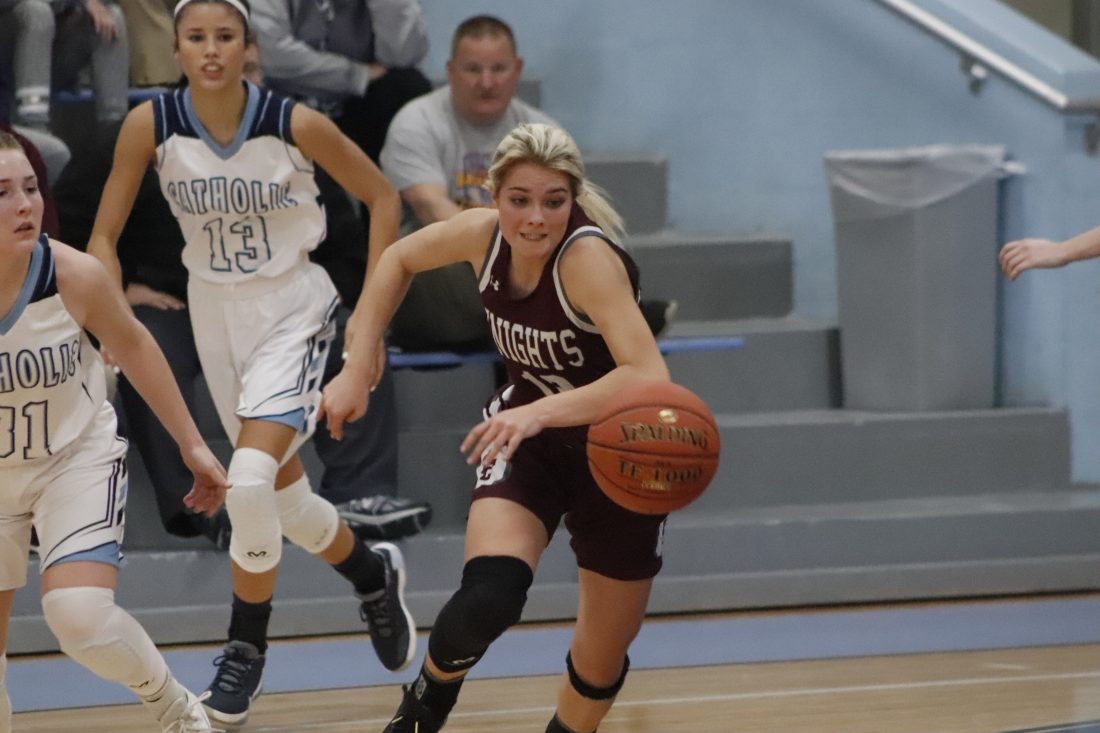 PARKERSBURG — Parkersburg Catholic coach Marty Vierheller took little comfort in knowing Wheeling Central was down one of its best players in Liberty commit and Class A all-stater Eden Gainer.

The Crusaderettes’ head man still needed to prepare his team for a Maroon Knights group featuring two other stellar players in Hannah White and Kaylee Reinbeau.

Leslie Huffman scored 22 points, Aaliyah Brunny tacked on 19 more, and Parkersburg Catholic held its visitors to just 11 made baskets from the field in a 66-40 victory.

Jenna Boice, who took two team sparking charges, shared it wasn’t as easy a victory as it looked, though.

“It was a very intense game and we did what we had to do,” Boice said.

The Crusaderettes made it so with a constant energy Wheeling Central coach Penn Kurtz said affected his team from the start of the game.

“(Catholic) were really good and they put a lot of pressure on us and got us out what we wanted to do,” Kurtz said. “We lost a player early and were limited with what we could do with our bench. I just thought the level of intensity was much higher on their end.”

The Maroon Knights, who received a team-high 18 points from Kaylee Reinbeau, showed some of the same energy after falling behind 6-0 early in the first. Five of Reinbeau’s points on a bucket and a 3-pointer, along with Hannah White’s only 3 gave Central a 7-6 lead.

Catholic though sapped it right back during the final minutes of the period. One of Boice’s two charge takes ignited the run. Brunny’s quick layup via a Madeline Huffman assist permanently gave the lead to the Crusaderettes. Catholic then scored the final seven points of the period for a 15-7 lead.

“Coach V always tells us to come out as hard as we can and we have the motivation to come out hard every game,” Boice said. “We are happy with the win because we know they are a good team and we probably will see them again.”

Reinbeau pulled the Knights the closest they would be the remainder of the evening with a 3 at 1:17 into the second period. Central though could only muster three more converted baskets, as Catholic connected on six. The difficulty for the visitors was finding shots. They only took six from the field due to a swarming Catholic defense.

Because of the pressure, the score at halftime read 35-20 in favor of the home team.

“It was encouraging to us that what we were doing could work,” Vierheller said of the Crusaderettes’ successful defensive pressure in the second period. “It was more reassuring then anything.”

And it didn’t stop in the period after halftime. Catholic further clamped down on the Knights via a 9-4 run created via four steals not two minutes into the quarter. Madeline Huffman’s layup off her own steal created the spark. Central’s chances for a comeback decreased further as they shot the ball just six times and scored 8 points over eight minutes.

“I was so proud of our girls and how they played such a hard-nosed basketball game. I knew this was going to be an old-school basketball game and expected it to be a very physical game. And I thought our girls answered the call brilliantly,” he said.

Madeline Huffman chipped in with a solid performance in all phases of the contest. She tallied 13 points, six assists and six steals.

Kurtz added his team wouldn’t hit the panic button after such a loss. The Knights have several freshmen and are overall a young group.

“This is one we have to learn from,” Kurtz said. “We talked in the locker room we learned that we need to play hard for four quarters. I think we will do that. This team knows what they have to do and I think they will do it.” 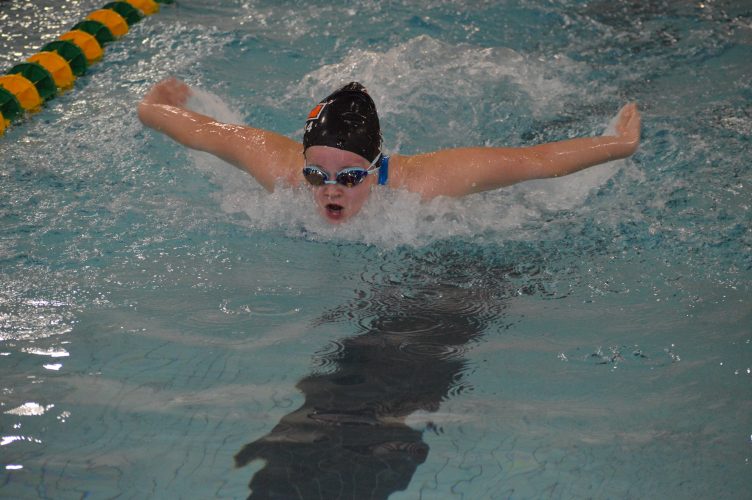