St. Clairsville Gets Past John Marshall 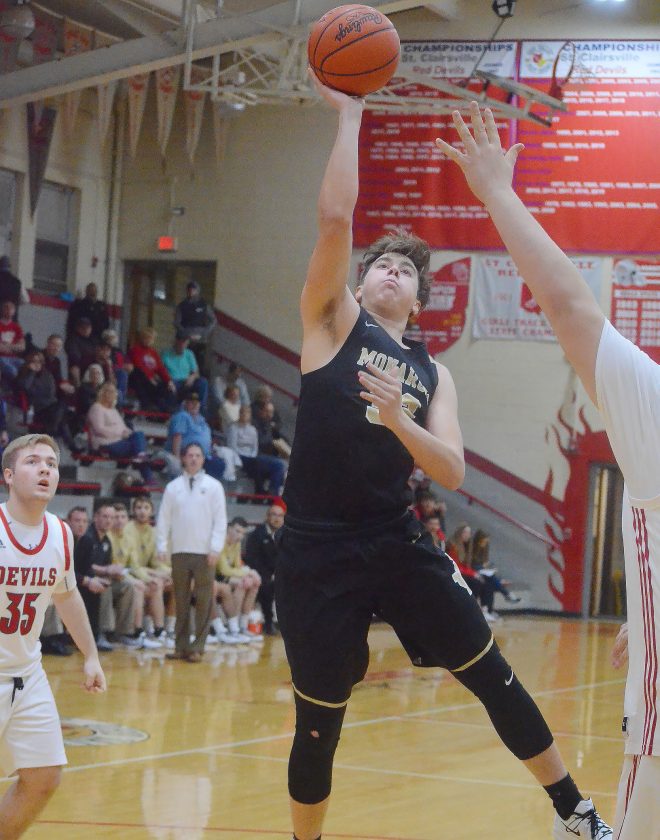 Jenkins, the longtime St. Clairsville business owner and ardent supporter of its high school’s sports programs, left an indelible legacy at his alma mater, so much so the district named the court in the high school gym after him.

Just hours after his passing Friday, and minutes following a moment of silence recognizing his impact on the community, the St. Clairsville boys’ basketball team turned in a solid fourth-quarter performance on those boards resulting in a 61-54 victory against John Marshall.

The Red Devils held the Monarchs without a field goal for almost eight minutes during a stretch that began late in the third quarter and ended with 1:39 left.

In between, St. C. went on a 15-6 run that helped it secure its 10th triumph of the season against six losses and helped the Red Devils erase the sting of a close loss at Steubenville on Tuesday.

“I told (the players) that it’s a sign of us maturing,” St. Clairsville coach Ryan Clifford said of the late-game surge.

“I told (the players) that it’s a sign of us maturing,” St. Clairsville coach Ryan Clifford said of the late-game surge.

“We have a lot of youth in that (locker room). We didn’t have it early on, but we found it as the game went along. I’m not sure if two weeks ago we find it in time to get the win. But we did (Friday).”

Nate Harris poured in 20 points and Brett Vike added 12 as the Red Devils took command late after watching JM take a 39-38 lead with 2:33 remaining in the third. Izac Babiczuk scored four straight points as the Monarchs posted six straight points to rally from five down.

From there, Harris and Ryan McCort drained back-to-back 3s as St. C. regained the lead heading into the fourth.

John Marshall pulled to within two, 44-42, with three free throws, but Vike, who finished with 12 points — all in the second half — dropped in a running jumper that put the Red Devils up 46-42 with 5:20 left. That ignited a 9-1 spurt that all but sealed the deal for the hosts.

“Drew (Sefsick) was huge for us Tuesday night,” Clifford said, “but he didn’t have it (Friday). So, someone else had to step up. That’s the way it has to be for us to be good.”

Vike was the man in this instance, making all three of St. Clairsville’s fourth quarter field goals.

“I got on him pretty good at halftime,” Clifford said about Vike, cracking a smile. “And he responded. It was a good sign for him to take that and come out and play with a little chip on his shoulder.”

While Vike was making baskets, his teammates were succeeding from the free throw line. The Red Devils were 11 of 15 from the stripe in the fourth, part of a 24 of 32 showing on the night. In the end, that was the difference, JM coach Chad Clutter said.

“Kudos to them for attacking and whatever they did to get to the foul line,” he said. “I think that was pretty much the game.”

The Monarchs, coming off a big win Tuesday at Union Local in which they snapped the Jets’ eight-game winning streak, looked good early, building, at one point, a 26-19 lead. But each time, the Red Devils rallied, mostly behind big man Avery Henry, who scored 10 points, with most coming early.

“We got some good looks early,” Clutter said. “You’re not going to play a perfect game for 32 minutes, but I thought we were just shy of playing good enough to win.”

The Red Devils return to action Wednesday, when they welcome Wheeling Central to John Jenkins Court.

Clifford was glad his team was able to secure a victory on a night the community paid homage to Jenkins, a St. C. Wall of Fame honoree he called a great man. 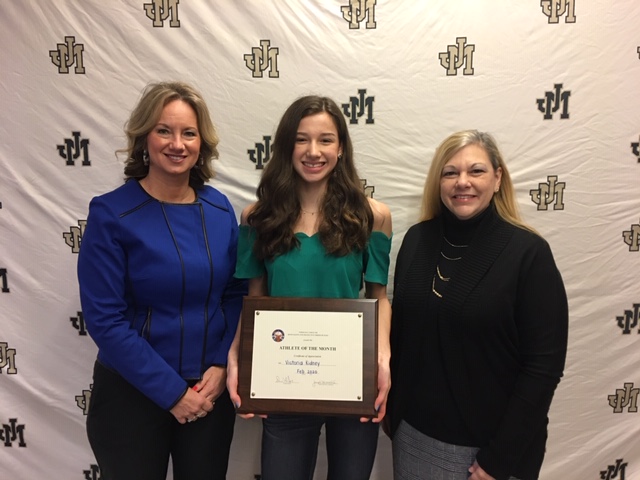 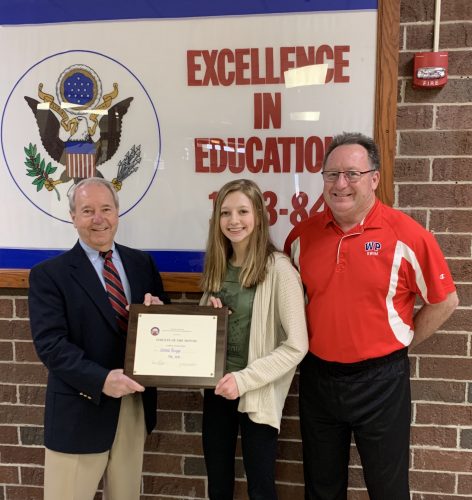