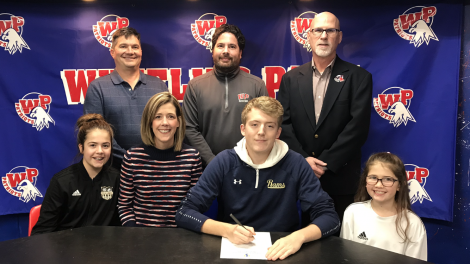 Jason Pennybacker will continue his academic and athletic careers at Shepherd University.

Pennybacker is a four-year letterman on Wheeling Park boys’ soccer team where he compiled a total of 46 goals and 32 assists.

He also received the Elks Athlete of the Month award for September. He was selected for first team All-Valley, and was named all-state honorable mention.

He also made it to the state final his second year playing on the boys’ soccer team.

Off the field, Pennybacker is a member of National Honor Society, and currently holds a 3.8 grade point average. During his years, he has participated in several clubs such as Stem Club for a year, Soccer Pep Club for a year, and Drug Free Clubs of America for two years. Additionally, Pennybacker has helped out with the lots of Wheeling Recreation Soccer Camps, and multiple Miracle League soccer camps that gives children with disabilities a chance to enjoy the sport.