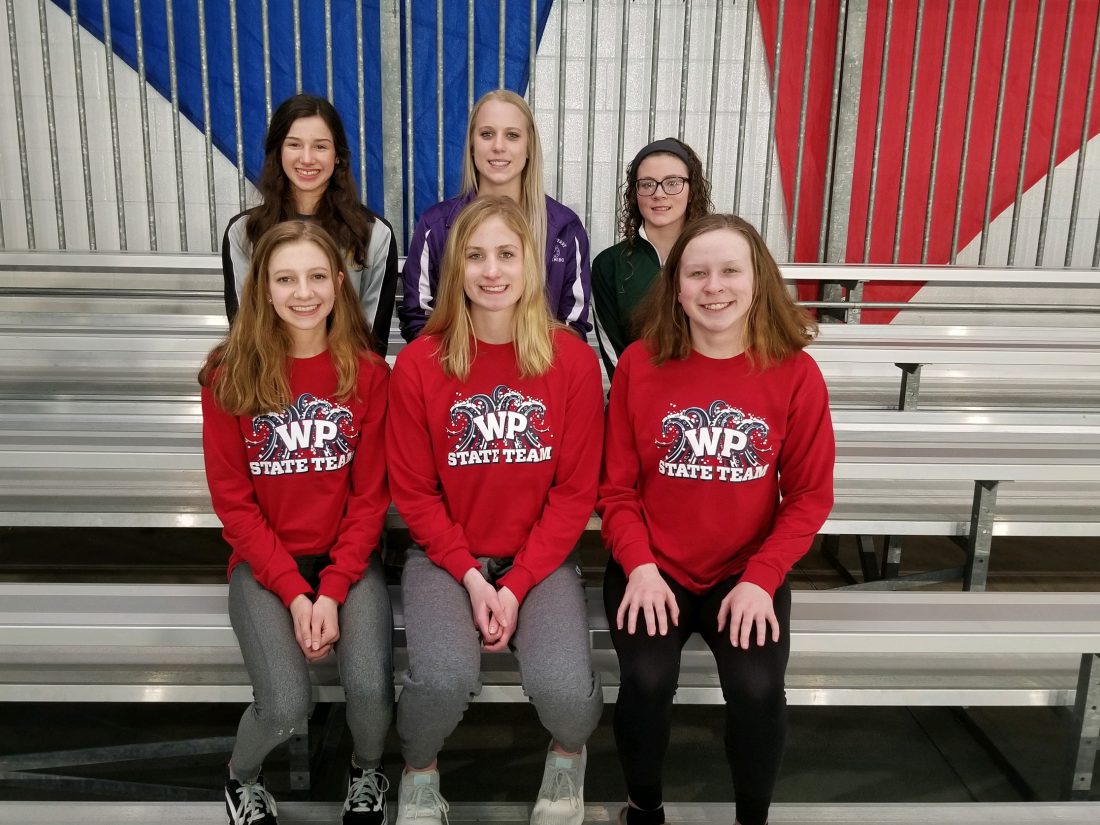 The swim season concluded just in the nick of time.

There were plenty of records broken and the Fourth All-Valley Swim Team includes three state champions and a state runner-up.

This year’s team dominated the OVAC competition with a strong group of veteran seniors, along with several young phenomenal freshmen with bright futures. 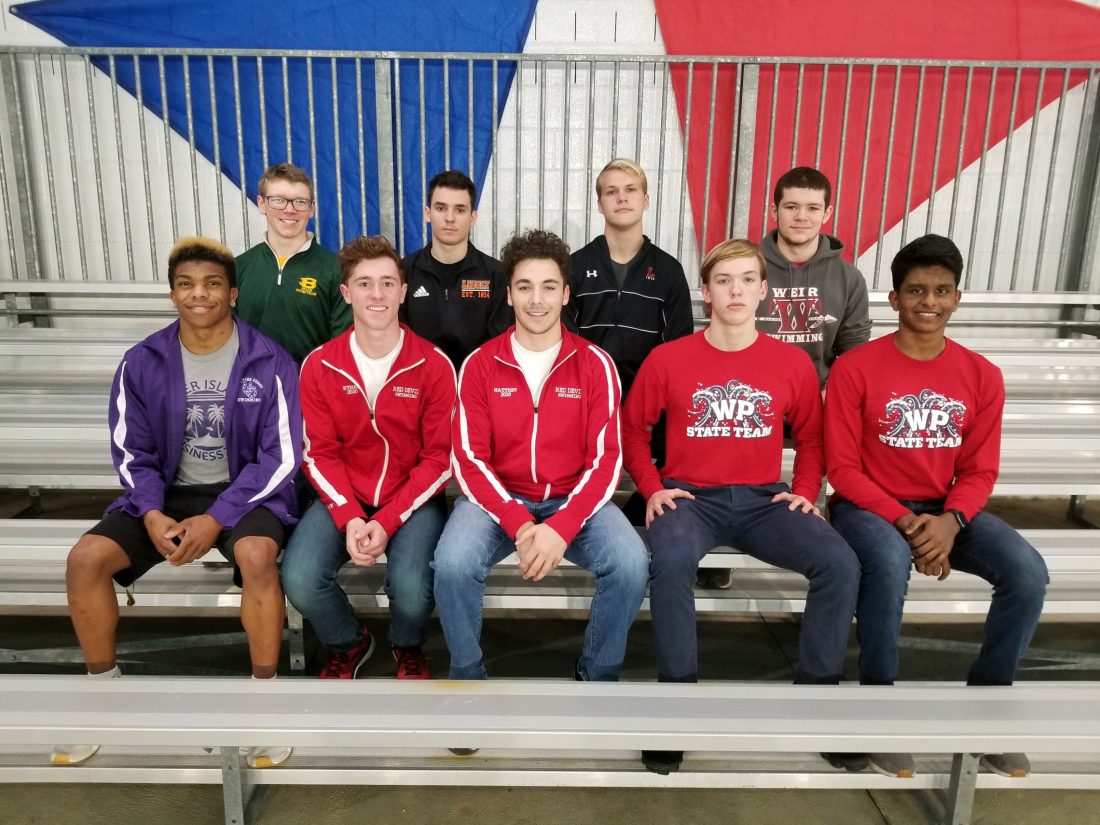 Bopp wears the crown! The Wheeling Park junior captured her first state title this year as she raced past the competition to win the 100 breaststroke in a time of 1:04.36, breaking her own school record and the state meet mark.

She was also fourth at state in the 200 Individual Medley and a part of the 200 medley relay team that placed third and the fourth place 400 relay team.

At OVACs, she won the 200 IM and finished runner-up in the breaststroke and as a part of the 200 medley relay team. 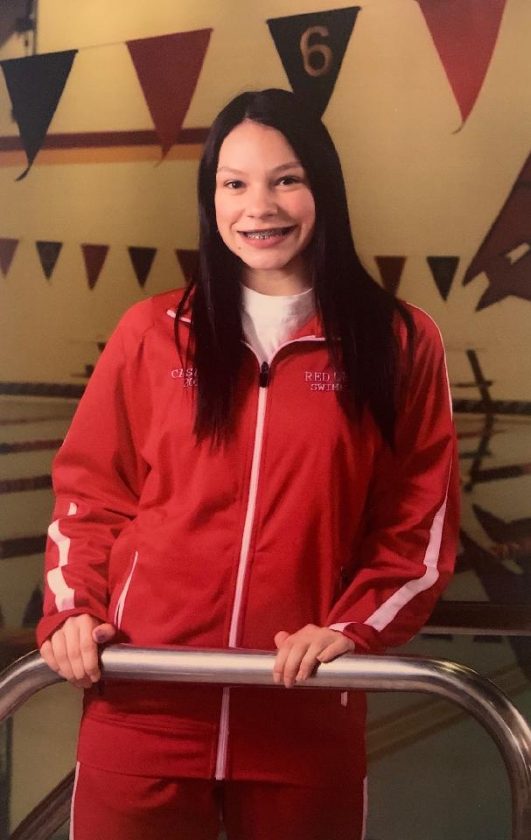 “She came in determined,” Wheeling Park coach Pat Durkin said. “When she won her breaststroke this year it was really great.

“Breaking the school’s 36-year old IM record, that was impressive, too. Jenna is a hard worker and with her and Abby, the girls’ team at Wheeling Park should be really good next year, too.” 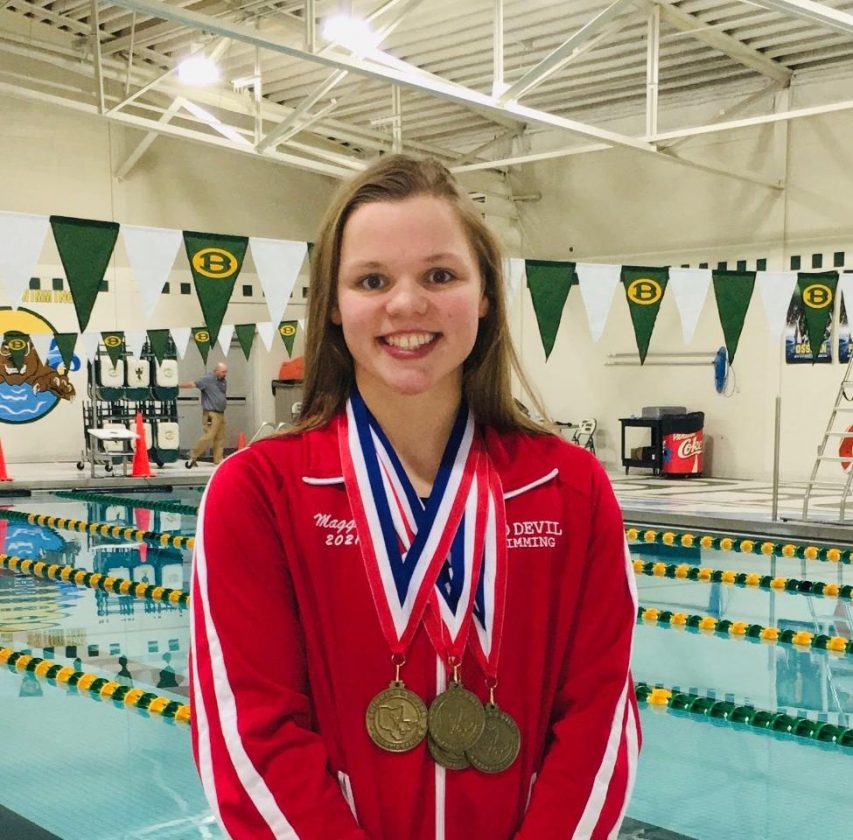 A nearly perfect season for Casadie DiBetta culminated at state with a silver medal after racing to a blistering 1:02.09 in the 100 breaststroke in Division II. She captured gold in the event in the Buckeye 8, OVAC, sectional and district swim meets. She also qualified for state in the 100 butterfly.

At the OVAC swim meet, she also took home top honors in the 100 butterfly, while being a part of the first place 200 relay and 400 relay teams.

Fairmont State is getting a good one in Kayla Fogle. The senior earned runner-up honors this year in the 200 IM and the 100 butterfly at the sectional event, while picking up fourth place finishes in the 100 breaststroke and the 100 fly. She also placed second at the Buckeye 8 Championships in the 200 IM, 100 fly and as part of the 400 relay squad. 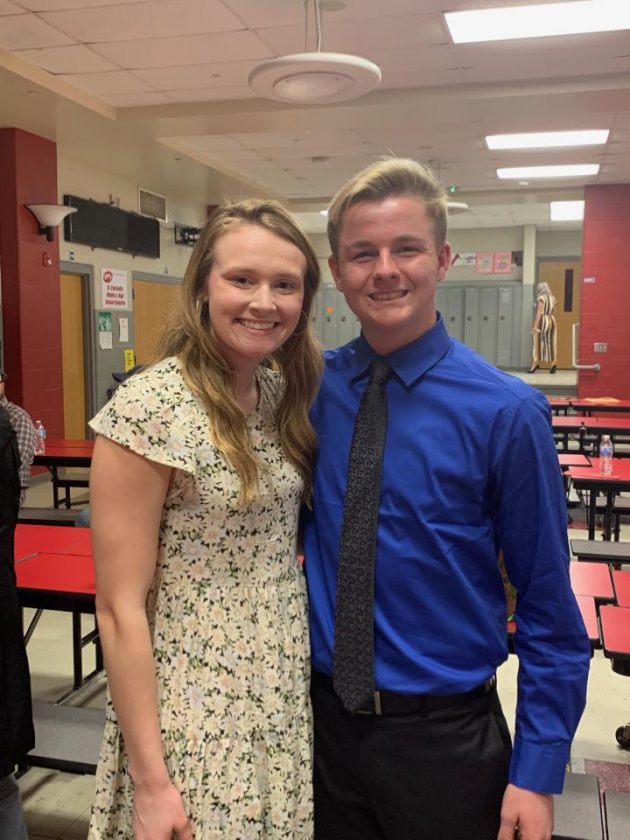 “Kayla’s commitment to her senior season was obvious to all,” Martins Ferry coach Nicholas Levi said. “Though Kayla is a very versatile swimmer that can swim all eight events at a high level, she specialized in arguably the toughest event (100 fly). Her focus and hard work helped her have a great senior season as she swam several lifetime bests.

“Kayla has been a pleasure to coach and we will definitely miss her. I look forward to following her swimming career as she has committed to swim at Fairmont State.

Perhaps the breakthrough athlete of the year, freshman Victoria Kidney burst on the scene for John Marshall swim coach Courtney Wheeling and the Monarchs this year. Not only did she capture gold in her first OVAC competition in the backstroke and runner-up in the butterfly, but she continued her dominance in the state meet. 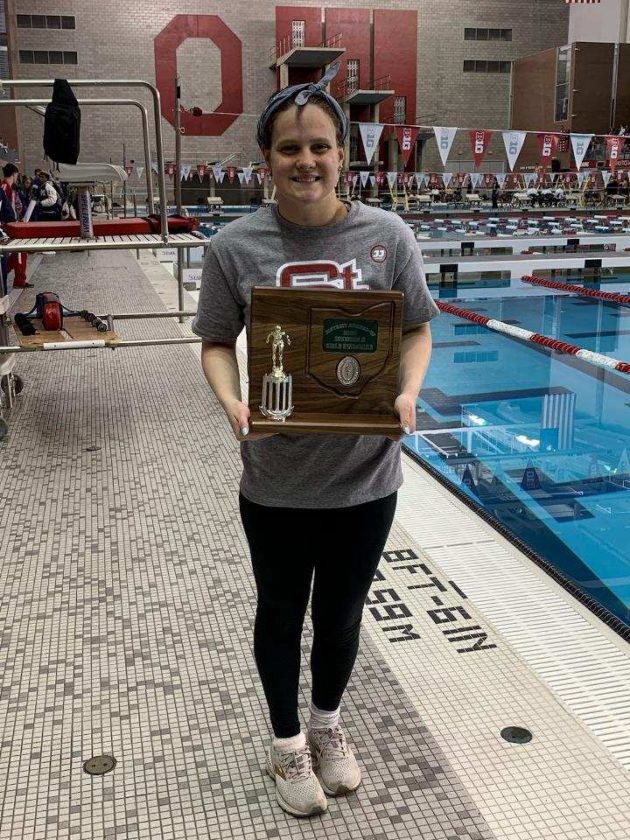 Kidney was crowned a state champion in the 100 backstroke in a lightning fast time of 57.60.

She also garnered second at state in the 200 Individual Medley and there is more to come from her in the future.

“Victoria is one of the most hard-working, coachable and just enjoyable kids I’ve ever worked with,” Wheeling said. “She walks into practice everyday ready to do whatever it takes to get to that next level and because of that she is going to have great success throughout her swimming career.”

A new freshman seems to emerge from Wheeling Park’s swim team every year. This season it was Lacie Langmyer. She made the state meet and finished fourth in the 200 and 500 freestyles and was on the third place 200 medley team and the fourth place 400 relay team.

At OVACs she was third in the 500 and on the runner-up 200 medley relay squad.

“Lacie is a hard worker and a integral part of the team,” Durkin said. “She was a key part of the relays. Without her, the relays wouldn’t have done so well.”

By the time Veronica Mann’s high school career comes to an end, her name will be all over the record board at Brooke. This season she set new marks in the 100, 200 and 500 freestyles.

The sophomore placed sixth in the 200 freestyle and 10th in the 100 at this year’s state swim championships.

“We have two more years with her,” Brooke coach Kelsie Smith said. “She has made it to states both years and has three school records.

“We’re hoping she beats more of that record board.

“She is striving for it and she is a phenomenal leader.”

Maggie Marody made her presence felt this year for the Red Devils, reaching state in the 500 and as a part of the 400 relay team.

She picked up Buckeye 8 titles in the 200 and the 500 and was the OVAC runner-up in both events. In the sectional she finished second in the 500 and at district she was sixth in the event

One of the more versatile swimmers on the All-Valley team, Kylie McKeegan swam and succeeded in several different events. She was a sectional champion in the 50 freestyle, a Buckeye 8 champion in the 100 and the backstroke and was on the All-Ohio 200 medley relay team that placed sixth at state.

She also swam for the 400 relay team at state. McKeegan was third in the district in the 50, fourth in the 100 at sectionals and was an OVAC runner-up in both the 50 and the 100 freestyle races.

The sophomore also collected third in the butterfly and fourth in the backstroke at sectionals, before earning sixth in both at the district event.

Back-to-back! Abby Turner won her second state title in a row in the 100 freestyle with a time of 51.65. She nearly picked up a second consecutive title in the 50, as well, but took home runner-up honors.

At OVACs, she left with the 50 crown, meet and pool records, while also winning the 100.

“Abby is a repeat state champion and a phenomenal swimmer,” Durkin said. “She’s an even more outstanding young lady and a great kid. She is a hard worker and I can’t wait to see what she does next year.”

Jarrett Bolinger raised the bar higher every year of his high school career.

His senior season, he put it out of reach. Bolinger finished his career by going a perfect 8-for-8 in the 100 freestyle and 100 breaststroke during the conference championships. He also captured a sectional crown this year before qualifying for the state meet for the third time during his illustrious career.

“Jarrett continued to build on his prior successful high school seasons as he had another incredible season,” Levi said. “He was our leading scorer this year and won many invites. During his senior season, Jarrett stepped up and became a leader for his teammates. He encouraged his teammates during practice as well as giving them racing advice/strategy. He was a pleasure to coach and will be greatly missed.”

“Devanand’s been a really hard worker,” Durkin said. “He had a phenomenal time at state this year and Wheeling Park swimming will miss him leaving.”

Ethan Banks wrapped up his St. Clairsville swimming career as a Buckeye 8 champion in both the 200 and 500 freestyles.

He turned in runner-up honors in the 500 at OVACs and placed fourth in the 200. His final race was a fourth place finish in the 500 at districts, which just kept him out of the state meet.

Bill Brubaker’s Cadets won their second OVAC championship in four years this year in large part due to the effort of Frederico Collanco-Bianchi. He was the 100 backstroke champion, setting the meet and Brooke pool record in the process.

“Frederico had a very good season,” Brubaker said. “He came in as a junior and we knew he was a good backstroker. We were really looking forward to him filling the medley relay spot.”

A senior studded boys’ All-Valley team cannot be completed without the remarkable campaign put together by Weir’s Chris Hoover. The swimming speedster placed third in the state in the 200 freestyle at a pace of 1:51.75, while pocketing seventh at state in the 100.

“Chris worked unbelievably hard to reach his end of season goals,” Weir swim coach Tanner Werkmann said. “His drive, determination and heart are unmatched and I couldn’t be more proud of what he has been able to accomplish.”

Another senior for Coach Ernie Banks’ Red Devils, Matthew Marling pocketed runner-up honors in the 100 backstroke in the Buckeye 8 meet, with third and fifth place finishes at OVACs in the 50 and 100 backstroke, respectively.

Hard work pays off and it certainly did for Isaac McCabe. His junior year culminated with a pair of sixth place finishes at the state swim meet in the 100 freestyle and the 100 breaststroke. He was also a key contributor for Park’s 200 medley relay squad that placed third at state, while breaking its own school record.

That same team finished third at the OVAC competition.

“I’m really happy with Isaac this year,” Durkin said. “He worked hard and I think he is excited and good things will happen for him next year.”

Ethan Robey is making a trip to the state swim meet a yearly tradition.

The junior earned his third straight trip to Morgantown this year and finished sixth in the 500 freestlye and ninth in the 100 breaststroke. He also captured a bronze medal in the 500 free at the OVAC meet.

“Ethan is a dedicated and determined athlete and a phenomenal teammate,” Smith said. “He has a bright future ahead of him. He can definitely go places.”

Nathan Yost owned the Buckeye 8 this season. The St. Clairsville underclassman was the Buckeye 8 champion in both the butterfly and the backstroke events.

He captured runner-up honors in the butterfly during OVACs and was third at the meet in the backstroke. He placed third in the sectional and seventh at districts, opening the door for a bright future as a Red Devil.

Thirty-three years in the making, Luke Zwicker and company pulled together to shatter the 200 freestyle relay record that was set back in 1990 with a time of 1:34.35. Individually, Zwicker took home bronze medals at the OVAC meet in the 100 freestyle and the 100 breaststroke.

“Luke has been a great surprise,” Brubaker said. “He didn’t start swimming until last year as a junior.

“He made great strides last year and greater ones this year.” 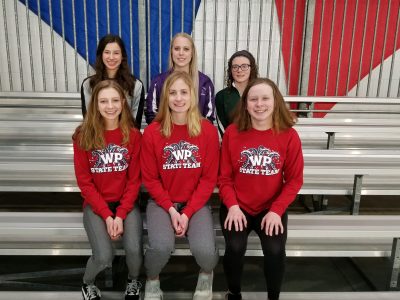 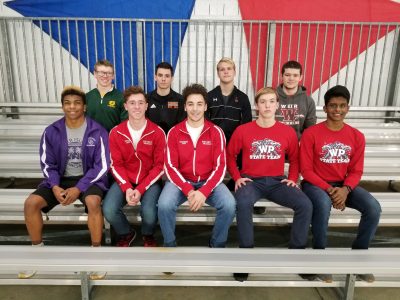 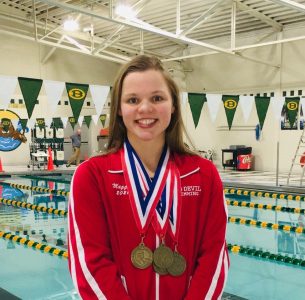 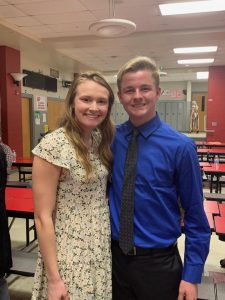 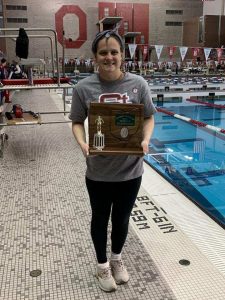 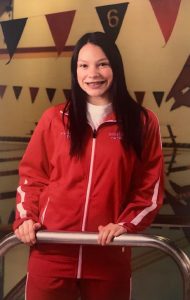 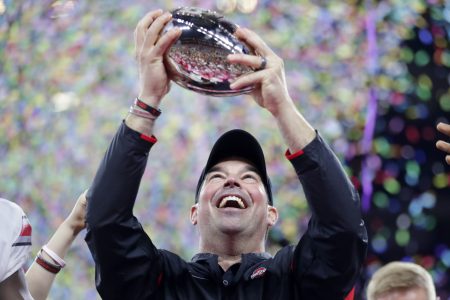 The NFL is gearing up for a normal season and playoffs — with two additional wild-card teams in the Super Bowl ...

TOKYO (AP) — The countdown clocks have been reset and are ticking again for the Tokyo Olympics. The model ... 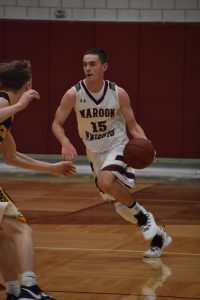