Ralph Anastasio, Tom Bloom To Be Inducted In OVAC Hall of Fame 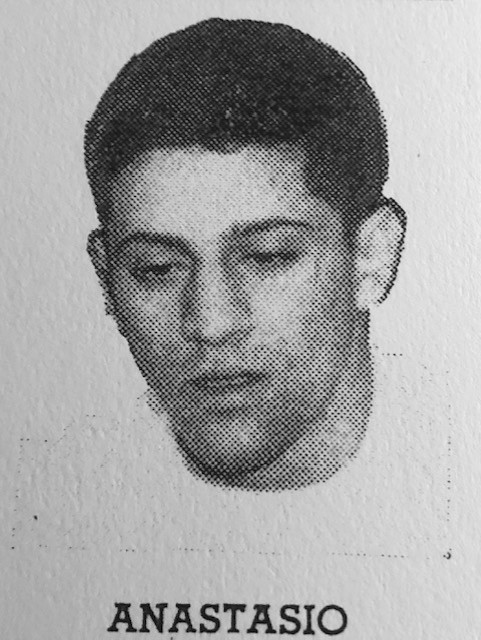 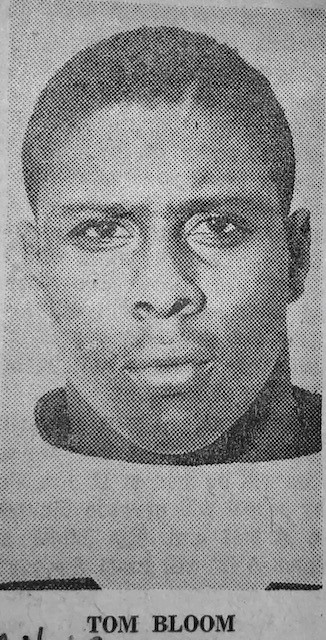 Two multi-sport prep athletes who excelled as college football players will be enshrined at the 17th annual Ohio Valley Athletic Conference Hall of Fame banquet on Saturday, August 15 at WesBanco Arena in Wheeling.

Honored by the 1950’s Decade are Ralph Anastasio from Follansbee High School and Tom Bloom from Weir High School.

The OVAC Hall of Fame, sponsored by the Bob Robinson Automotive Group, and the OVAC Museum are located inside WesBanco Arena.

The selections for OVAC Family, Contributor and Media will be announced on March 29.

Capsule summaries of the honorees for the 1950’s Decade follow:

The triple-threat back led the Blue Wave to an 8-2 record his senior year, losing only to unbeaten and state runner-up Benwood Union, 13-12 and to 8-1 record Wheeling Central, the OVAC Class AA champion, 7-6. He earned first team honors for OVAC largest Class AA, All-Valley “Big School”, All-Northern West Virginia, and the largest All-State Class AA. As a senior, he accounted for 17 touchdowns including five on punt returns, one on a kickoff return, seven TD passes and also intercepted five passes. He played in the Ohio-W.Va. All-Star game and a 13-0 W.Va. victory.

He also was a three-year letterman in basketball and baseball.

At WVU, he was a four-year football performer including three varsity seasons as a 5-foot-11, 165-pound multi-purpose back (starting right halfback, defensive back, kick returner, punter) on teams with records of 8-2, 5-5 and 7-2-1 and two Southern Conference titles. In the only tie, 6-6 vs. Virginia in 1957, he made a near-impossible catch on a 62-yard pass play to tie the score and also set a school record, which lasted 40 years, with a 78-yard punt. Career-wise, he had 141 carries for 569 yards, 20 receptions for 305 yards and a TD, 25 kick returns for 263 yards and averaged 37 yards a punt.

After college, he returned to the Ohio Valley and was a teacher-coach before retiring to his current home in Steubenville. He was head football coach at St. John’s from 1960-62 and Toronto from 1964-69 including an 8-2 record in 1964.

TOM BLOOM (Weir, 1959 Class) — He led the Red Riders to state championships in football and baseball, both under Hall of Fame coach Jimmy Carey, before earning a football scholarship to Purdue University, where he was a four-year performer.

At Weir, he earned 11 letters in three varsity sports with multiple honors in football and baseball plus being a basketball regular. He led the Red Riders to a two-year football record of 20-1 and a state largest class championship as a junior. The 11-0 record team beat Fairmont Senior, 19-12 for the title at Wheeling Island Stadium. As a senior, OVAC champion Weir went 9-1, losing only to eventual state champion Parkersburg in the regular season finale. He earned first team All-State and All-OVAC and was selected captain of the Big School All-Valley team as a two-way back and kick returner.

As a senior, he had a 95-yard kickoff return TD in win over Steubenville and a 96-yard rushing TD and 217 rushing yards vs. Follansbee. He ended the season with team-best 943 rushing yards. Career-wise, on balanced teams. he had 1,869 rushing yards–wnd best ever at Weir at the time and scored 25 TDs and 151 points. As a junior, he returned a kickoff 81 yards vs. Wheeling.

In baseball, the outfielder was an all-state tournament selection as Weir captured the one-class state title with a 6-2 finals’ win over East Bank, the state’s top championship program at the time.

At Purdue University, he was a two-way, do-it-all halfback who was selected the outstanding back on the freshman team and three-year varsity letterman and two-year starter. He was the team’s second top rusher and receiver as a junior and top team receiver (13 catches for 217 yards and two TDs) as a senior. He scored two TDs ina 17-6 win over Michigan State in 1962. He was a kick returner and defensive back (47-yard interception TD).

He was drafted by the Cleveland Browns in the 6th Round (No. 74 overall) and indicated he would sign with them but was a victim of an automobile crash and passed away in 1963.