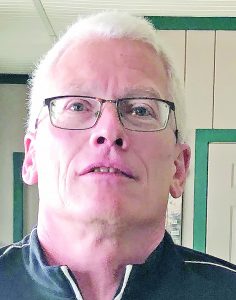 WHEELING — The Wheeling Central girls’ soccer team has a new head coach with a resume well-stocked in coaching experience.

Schlegel is a Connecticut native but quite familiar with the Ohio Valley soccer scene.

The Providence College grad (1984) is no stranger to Wheeling Central. He served as the Maroon Knights’ head boys’ coach in 2011.

“I have had an extremely close relationship with Wheeling Central athletics for many years, and previously interviewed for the position three years ago,” Schlegel said. “I applied for the position because I was encouraged by many in the Central community to do so. Happily, none of them have children on the team.”

He left the East Wheeling school to become assistant boys’ coach at Wheeling Park. He served in that capacity for three years (2012, 2013 and 2015.)

Schlegel, age 58, is taking over a program that has fallen on tough times. The Maroon Knights won just one of 12 games last fall.

“The program was down last season following two years as OVAC champions. The roster numbers are not great, as they only had four freshmen on the squad. So depth is a concern,” Schlegel said. “I know that with all the Central athletic programs, including girls’ soccer, developing our students’ faith, sportsmanship and teamwork are a priority, but that does not preclude winning from the equation. Time will tell.”

While Schlegel has scripted an impressive prep coaching career, it is augmented by some 15 years of his affiliation with FC Wheeling.

The Woodsdale resident will be assisted by Ashley Winters. She served in that capacity last season.

“This was a rather interesting interviewing process for us with the coronavirus making it a challenge for us to bring our candidates in for a proper interview. I had the privilege of conducting interviews with two really great candidates for the position and taking that information back to share with our administration. Charlie has a wealth of knowledge and experience in the game of soccer and the administration at Wheeling Central Catholic is very blessed and excited to have him take over the reins of our girls’ soccer program,” Wheeling Central Athletic Director Donnie Murray said. “Obviously, Charlie knows a lot about the game, but one quality that he possesses which will be vital for the continued growth and development of this girls’ program is enthusiasm. Ralph Waldo Emerson once said, ‘Nothing great was ever achieved without enthusiasm.’ I think the enthusiasm Charlie will bring to practices and games will be vital to the success of our program.

“In the interview process, one thing Charlie emphasized was his attention to detail, especially in doing the little things right. His philosophy is rooted in the idea of mastering the little things correctly and the rest of the big things will take care of themselves. In order to be successful in any sport, or any aspect of life, is to be good at doing the little things. This, along with other parts of his philosophy, coupled with a lot of skilled returning players and a surge of talented incoming players, will make Wheeling Central Catholic girls’ soccer a force in both OVAC and West Virginia Class A competition. Charlie was able to round out his coaching staff with the return of last year’s assistant coach Ashley Winters. Ashley, a CCHS Class of 2000 graduate who played under our current boys’ head coach Brian Komorowski, cut her varsity coaching teeth last year under then-head coach Julie Barack. Having Ashley eager to join Charlie’s staff gives us a lot of coaching talent and wisdom, and builds the excitement for girls’ soccer at Wheeling Central Catholic. I look forward to the success of this program under our new head coach, Charlie Schlegel, and his staff.”

Schlegel enters his new coaching challenge quite confidently and with his goals clearly defined.

“We will win more games than we lose. We will make the OVAC Tournament,” he said. “We will be 100 percent better at the end of the season than we were at the beginning.”

In addition to his soccer coaching expertise, Schlegel is an accomplished chef. Hs is currently running The West Sports Bar for Gary West and will be re-opening Ye Olde Alpha at Stratford Springs in the near future.