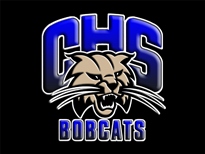 CAMBRIDGE — For the second time since its founding in 2005, the Buckeye 8 Athletic League is taking on new membership.

By virtue of a 9-0 league vote earlier this month and Tuesday evenining’s approval by its board of education, Cambridge will become the 10th member of the Buckeye 8 and will begin formal competition within the league in 2021-22 school year after it completes its membership inside of the East Central Ohio League, which it was a charter member of since 1987.

“I think (joining the Buckeye 8) is the best-case scenario for us,” Cambridge athletics director Aaron Quinn said. “We have good, existing relationships with many of the schools and we’ll have a chance to create some new relationships with the others.”

The Bobcats will compete in the South Division along with Bellaire, Martins Ferry, St. Clairsville and Union Local. The addition of Cambridge was greatly aided by Harrison Central’s willingness to shift to the North Division, which lost Buckeye Local.

“The Buckeye 8 will be a good fit for us,” Quinn said. “We’re competing against schools that are all our size and it’ll offer a high-level of competition.”

Cambridge offers every spot the Buckeye 8 sponsors with the exception of bowling. When Quinn and the Cambridge administration began looking for possible league options beyond the OVAC due to the decline in membership of the ECOL, they did so with the entire athletic department in mind and not just a certain sport or two.

“We wanted to make sure (any new league) would fit our entire athletic department,” Quinn said.

Quinn met with his varsity coaches as a group and then individually to discuss the possibilities of the new league. He didn’t get one bit of pushback or any negative comments.

“The Buckeye 8 was always at or near the top of the list (for possible leagues) for all of our coaches,” Quinn said. “Our coaches have some strong relationships in the Buckeye 8 already with the other coaches and a real respect for the league overall. Our coaches buying in definitely made it smoother.”

Buckeye 8 President Ken Parker, who is the principal at Harrison Central, extended a feeler to Quinn during the winter and the conversations grew from there.

Prior to Cambridge announcing it was joining the Buckeye 8, the ECOL was down to four schools — Cambridge, Dover, Warren and Marietta. New Philadelphia recently announced it would be heading to the Cardinal Conference.

“You really can’t have a league with four teams,” Quinn said. “With schools leaving, we knew we had to start thinking about our teams, community, coaches, athletes, etc. and what the best fit for them would be.”

Because of the logistics involved with football schedules, it may take a couple of years before Cambridge is able to get fully up and running with the other four members of the Buckeye 8 South. It does already play Bellaire.

Other than football, Quinn expects the Bobcats to be able to get the other schools scheduled for the other sports for next school year.