During the past 20 years working as a counselor, Lee Alban knows one thing — “treatment does work.”

“For individuals there certainly is hope when they get treatment. Treatment does work and it can be aided with medicine assisted treatment,” said Alban, a Crossroads Counseling employee.

He was referring to medicines such as Suboxone and Vivitrol, often used to wean addicts off drugs such as heroin.

“If somebody has a problem, they are certainly not alone. When they realize that, sometimes it takes the shame off of them,” Alban said, adding that’s why group therapy can be helpful.

“I would say 80 percent or more (of Crossroads patients) are opioid dependent. There are a few who are on marijuana and alcohol. Cocaine is making a comeback,” he added.

Alban said the reason cocaine is becoming popular again is because it is not an opioid, which means medicines such as Suboxone cannot block it, allowing people to get high from it.

He said most people start with marijuana as teenagers and never intend to get addicted to opiates later in life.

“Someone gets in a car accident or they hurt their back, leg or knee and they are prescribed Vicodin or Percocet. They like it and it progresses to either more of those drugs or OxyContin or Oxycodone,” he said. “They crush and snort it. But once the price gets out of hand and they can’t afford it anymore, they start to snort heroin.”

Crossroads offers various levels of care including non-intensive outpatient, intensive outpatient and day group counseling. It does not detox people, but it can refer patients to other facilities to get medicines such as Suboxone. He said, however, while medicine-assisted treatment helps, people still need to make behavioral changes and have therapy.

Alban said the facility takes Medicaid and some other forms of insurance. Alban said many people are referred to Crossroads through the courts, but people also self-refer.

“We also have a sliding fee scale for those who don’t have insurance and can’t get Medicaid,” he said. 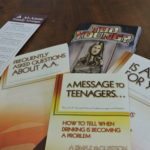 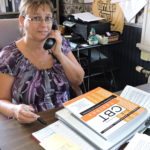