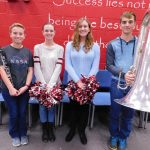 Pictured are the four Union Local Band Members selected to march in the Macy’s Thanksgiving Day Parade as part of the Macy’s Great American Marching Band this past November. From left are Elsa Bretz, Nicole Puperi, Mollie Hamilton and Nathan Brown. (Photo by Lenny Wittenbrook)

MORRISTOWN — A string of recent accomplishments is evidence that the Union Local Jets Band program is soaring to new heights with the hard work of the students and leadership of director April Linard.

This past November four members of the UL Marching Band were selected to march in the Macy’s Thanksgiving Day Parade. They were part of the Macy’s Great American Marching Band, which is made up of 200 performers chosen yearly from across the country.

Elsa Bretz, Mollie Hamilton, Nicole Puperi and Nathan Brown were all selected for the national band after submitting applications and video auditions. They later participated in fundraising efforts to pay for their flight to New York and other travel expenses.

For Bretz it was a return trip to the Big Apple, as she had been selected to march in the band the previous year. But all four students who took part in 2018 agreed that it was an amazing experience.

In addition, the Union Local Marching Band as a whole qualified for the Ohio Music Education Association State Finals in both 2016 and 2017 after receiving superior ratings at district competitions. The group also marched in the Disney World Magic Kingdom parade in the spring of 2017.

Linard, who has been at Union Local since 2006, said that typically between 15 and 20 of her students participate in the McDonald’s OVAC All-Star Marching Band each July. That band, consisting of student from throughout the local athletic conference, performs during the Rudy Mumley OVAC All-Star Football Game that pits the best players from Ohio against those from West Virginia.

Linard also said her students tend to do well at the state solo and ensemble competition, where they typically enter around 20 different events. Students may perform individually or in small groups, such as trios and quartets. A large number of those performances earn the much-sought-after “superior” rating, Linard said.

And it’s not all work for the group, as members are planning a three-day “band trip” to Chicago next year. While in the Windy City they will see the sights and go to some shows, according to Linard.

Linard spoke of her appreciation for the students and their commitment to music. She said each one plays an important role in the ongoing success of the Jets Band

“Since I’ve started it has just been a long, continuing process, and each year has led into the next year,” Linard said. “The kids from my first couple years were the ones who helped make it a little bit easier for these kids now to make it to that level.” 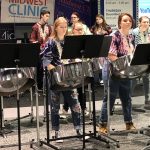 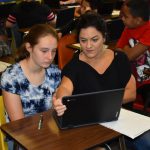 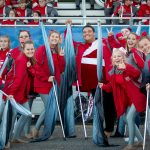 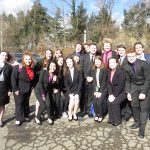 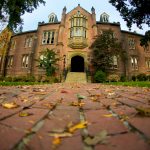 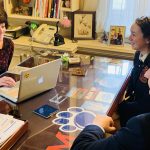