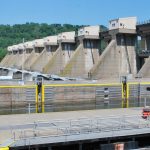 From a decades old plant in New Martinsville to proposals for a plant north of Wheeling at Pike Island, hydroelectric energy continues to be a major player — and a constant success — in helping fuel the nation’s energy needs.

In 2015, enough new hydroelectricity able to power up to 320,000 homes came online, and four new power plants have recently been built at dams along the Ohio River in West Virginia and Kentucky.

“U.S. hydropower has the potential to grow significantly with only 3 percent of the nation’s existing dams equipped to generate power,” information from the National Hydropower Association indicates.

Existing conventional hydroelectric generators in the United States provided 251 million megawatt hours of electricity in 2017, or about 6 percent of annual total net generation. Unlike other forms of renewable-fueled electricity, such as solar and wind, hydroelectric capacity additions have been relatively modest in recent years, the administration said.

The plant supplies power to Monongahela Power Co., a subsidiary of First Energy, for distribution on the nation’s electric grid. Hydropower is one of the oldest and most prevalent forms of renewable energy sources used to generate electricity in the world today through a process that involves harnessing energy from moving water.

In Ohio County, the Pike Island Locks and Dam has seen several proposals over the past few years, with the latest coming from Cincinnati-based Pike Island Energy. That company’s CEO, Alan Skelly, presented plans to spend about $200 million on a hydroelectric plant in the Ohio River to provide power for 20,000 homes.

During a Federal Energy Regulatory Commission meeting in 2017, Skelly said he will provide a new fishing area for anglers and will work to improve the fishing conditions for those on the Ohio side of the Pike Island Locks and Dam.

In 2014, American Municipal Power considered a similar project, but eventually dropped the idea in favor of another endeavor.

Skelly said he is still early in the process of receiving a FERC permit, as he said it would likely be at least two years before construction could begin, while it would take about three years to build the plant once he obtains the permit. The process remains underway.

Skelly said the project, which would probably employ 10-15 workers at “utility-level salaries,” is viable because so many coal-fired power plants have closed in recent years. He said the power generator would be located on the portion of the dam closest to Ohio to allow river vessels to pass through the locks portion of the facility.

In addition to the permanent jobs, he said about 200 construction jobs would last throughout the building phase.

U.S. Energy Information Administration data indicate hydroelectric power continues to grow, as generators across the nation increased wattage output by 12.9 percent from May 2017 to May 2018. 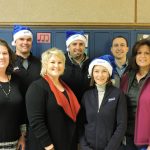 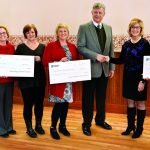 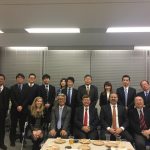