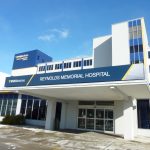 As the hospital continues to grow and expand, a milestone was reached in late January when the first two babies were delivered in the newly opened obstetrical unit. It’s only the tip of the baby boom — at least 60 more births are expected in coming months at Reynolds.

The first delivery occurred unexpectedly and dramatically, with “an absolute super star”performance by the medical team, according to Dr. David Hess, president and CEO of WVU Medicine Reynolds Memorial Hospital.

After the WVU Medicine Children’s Women’s and Newborn Center at Reynolds opened in October, the labor and delivery team began planning and preparing for its first birth, scheduled for Jan. 22.

However, Hess said the team “was thrown a curveball” on Jan. 20, when another woman, Rebekah Wolfe, arrived by ambulance at the emergency department. She was in her 26th week of pregnancy and had a placental abruption, which is a serious complication.

An emergency Cesarean section was performed to deliver the “very premature” girl, who weighed only 1.76 pounds. A team of health care providers worked to stabilize the newborn, while the WVU Medicine Children’s Pediatric Transport Team was called to take her to the Neonatal Intensive Care Unit at WVU Medicine Children’s Hospital in Morgantown.

“The baby is doing very well,” Hess said, adding, “It’s a major accomplishment for that to be your first delivery.

“We can take care of basically everyone, from significantly premature up to routine newborn,” he said. “They (expectant parents) can feel comfortable that they are going to get the best care here.”

Poor weather conditions kept medical helicopters grounded that day, so the Pediatric Transport Team was called to to take Wolfe’s daughter by ambulance to Morgantown. “The entire time, the neonatologist was on the phone with us … The baby was completely stable and well taken care of here,” he said.

Reflecting on the experience, Hess said, “That’s jumping in head first. I was very proud of our team. Everyone performed exceptionally well.”

The center’s second delivery, which occurred Jan. 22, was “much more routine and much less traumatic,” he said.

Dr. Nicole Carlson, a board-certified obstetrician and gynecologist, leads the unit. She joined the hospital’s staff in October. Now, Hess said, “She has over 60 pregnant patients to deliver over the next several months.”

With this baby boom, he said, “We’ve already identified a second obstetrician that we look forward to signing very soon.”

The Women’s and Newborn Center at Reynolds has five rooms designated for gynecological examinations and post-partum care, three labor and delivery rooms and two nurseries that can accommodate several babies.

The CEO is proud that the hospital is bringing more physicians to the community and expanding specialized services. The improvements allow patients to obtain medical care close to home.

“Truly, the mission of WVU Medicine is to keep more people in their own community,” he said.

Citing recent developments at the hospital, Hess said, “In the past 1 and 1/2 years, we have recruited 15 new physicians: six new primary care physicians, including our own obstetrician-gynecologist, Dr. Carlson; two new orthopedic surgeons; a urologist; a general surgeon; an ear, nose and throat specialist; two anesthesiologists and two ER physicians.”

As a result, the number of patients seeking medical care at Reynolds has increased significantly.

“Our volumes are up on the inpatient side,” he said. “On the outpatient side — where medicine is going — we’ve seen the most increases in our volumes.”

Utilization of outpatient services has grown by 33 percent, while the emergency room’s volume is up over 20 percent, he said.

The CEO thinks growth also relates to a “halo effect” from WVU Medicine. “Patients want to go where the good physicians are,” he said.

For example, Reynolds has four cardiologists on staff from the WVU Heart and Vascular Institute. Three of these doctors are interventional cardiologists.

“I think people want to be admitted to a hospital where they know good physicians are there and will take good care of them,” Hess added.

Establishment of the WVU Cancer Institute’s center at WVU Medicine Reynolds has been well-received by area residents.

“We’ve also seen a significant increase in our cancer patients. There has been a dramatic increase in the amount of patients we can care for in our own community,” he said.

Having cancer care available in Glen Dale is convenient for both patients and their relatives. “Families are able to be with them at their appointments,” he said, adding, “If they (patients) have issues, they can just drive down the road to see their cancer specialist if they need to.”

If patients do need to go to WVU’s Ruby Memorial Hospital in Morgantown for more specialized care, physicians there “can see immediately what has been done” at Reynolds by utilizing WVU’s new electronic medical records system, he said. The system also allows patients to view their records online. Hess, who also maintains his own medical practice, said, “We want an educated and engaged patient,”

He noted that WVU Medicine Reynolds’ electronic record-keeping system earned it recognition last year as one of the 18 most “wired” hospitals in the country.

“We’ve made a significant investment in information technology at the hospital,” he said. “The electronic medical records system is safe for patients and their records, but it’s also accessible.”

The system features a MyChart portal for patients to receive notification on their phone and to allow them to leave messages for their physicians. “It’s very patient-focused,” he said. “It’s really all about the patients to have access to their charts so they can be active members of their care team.”

Hess also serves as CEO of Wetzel County Hospital, which entered into a management agreement with WVU Hospitals in October. The New Martinsville hospital had been a clinical affiliate of the West Virginia University Health System since 2016.

“We (Reynolds) will add another general surgeon as we want to continue to help support Wetzel County Hospital. We’ll look at more primary care physicians,” he said.

In addition, he said, “We have another urologist signed who will be joining us in the next year or two. Urology is a very high-need speciality here.

“We think there’s more growth in the area in cardiology. We look to add another cardiologist for Wetzel County Hospital,” he said.

Through the management agreement, Hess said, “We recruit for them (Wetzel County Hospital) and we manage them. We share some of the physicians down there.”

The CEO said, “In general, as we continue to add on exceptional physicians, we want to expand our footprint to allow more people in the Ohio Valley to access the level of care that WVU Medicine can bring.”

Reynolds has seen some increased traffic in its emergency room and at Reynolds Rapid Care, an urgent care clinic in Moundsville, as a result of the oil and gas industry. If out-of-state workers bring their families to the area, they often seek care from Reynolds’ primary care physicians, he said.

Securing an ethane cracker plant for Belmont County would benefit Reynolds. “If we do get the cracker plant, we are the closest medical facility to that (location),” he said.

“We’re seeing tremendous growth without the cracker plant. If we get the cracker, we’re excited about the prospect. We’re ready to recruit more physicians to treat the construction jobs that result from building the cracker,” he said. 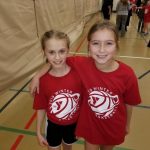 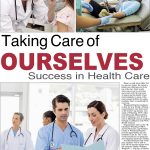 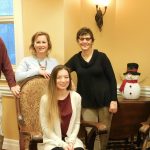 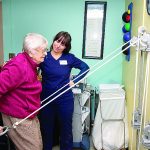 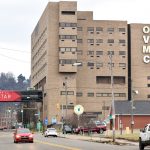 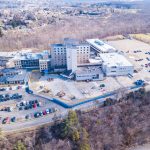