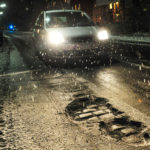 Many drivers are less comfortable driving at night than during the daytime. Despite the fact that far more vehicles are on the road during the daytime than at night, studies have shown that approximately 65 percent of accidents occur at night.

Many of those accidents and much of the discomfort drivers feel at night can be traced to inadequate lighting. Visual acuity, which is directly related to the amount of light provided by the environment, can be diminished by as much as 70 percent at night.

The human eye is not adapted for nocturnal vision, so when driving at night, drivers often experience a loss of depth perception and difficulty distinguishing between colors as contrasts fade away. This is especially problematic for aging drivers, a segment of the driving population that is on the rise.

According to the National Highway Traffic Safety Administration, there were 36.8 million licensed drivers age 65 and older on the road in 2013, a figure the NHTSA estimates will increase to 57 million by 2030. As drivers age, the lenses of their eyes become more opaque, reducing the amount of light their eyes can receive.

For example, at age 40, the average driver may already need twice as much light than a driver at age 20. At age 65, that need can climb to a whopping eight to 10 times more light (see graph).But aging drivers need not sacrifice their nocturnal independence just to stay safe behind the wheel.

The following are three ways aging motorists can improve their nighttime visibility.

∫ Upgrade headlights. According to a recent study from the automotive club AAA, the halogen headlights found in more than 80 percent of vehicles on the road today fail to safely illuminate unlit roadways, even when vehicles are moving at speeds as low as 40 miles per hour. Upgrade headlight bulbs are designed to put more light on the road, helping to combat the natural deterioration of vision that so many aging drivers deal with on a daily basis. Philips Upgrade Headlight Bulbs can deliver up to 100 percent more light on the road than standard halogen bulbs, greatly improving nighttime visibility.

∫ Maintain headlights. Often overlooked, headlight maintenance is another way older drivers can counter the effects that aging has on their nocturnal vision. Inspect headlights regularly, checking to make sure that plastic headlight lenses have not turned yellow or foggy. Designed to restore plastic lenses in less than 30 minutes, the Philips Headlight Restoration Kit quickly and effectively combats clouding on headlights as well as taillights, turn signals and reflective lens covers, helping aging drivers see more clearly at night while also making vehicles more visible to other drivers. 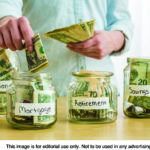 Some Benefits of Growing Older 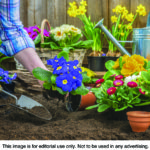 Avoid Aches and Pains When Gardening

WHEELING — There’s an old adage that says you’re only as old as you feel. At Elmhurst, The House of ... 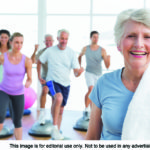 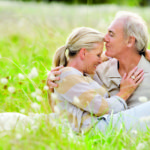 Regular exercise and a nutritious diet are two of the best things seniors can do to maintain their health. Exercise ...