Arts in the Schools Inspires Students 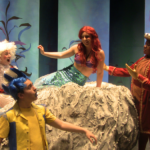 WHEELING — Wheeling Park High School senior Nathaniel Kaniecki has learned to play music on a variety of instruments during class time in Ohio County Schools, and he knows it’s something he wants to do for the rest of his life.

He hopes to someday find work as a professional musician — or as a music teacher, much like those who have inspired him.

As many school districts across the nation face the need to cut academic budgets, quite often arts classes such as music, painting and drama are the first to be eliminated. But Ohio County educators see the arts as necessary for the intellectual development of a student, and sometimes the means for them to find self-actualization.

Kaniecki plays piano, trumpet, saxophone, French horn and the marimba as a member of the jazz, marching and symphonic wind bands at WPHS.

But beyond the learning of musical skills, he says arts-related classes have benefited him in other ways.

“I have made a lot of friends from the arts while I’ve been in class,” he said. “And it opens us up to a lot of other opportunities. We got to go to Nashville to play, and I’m not sure I would have had that opportunity otherwise.”

Kaniecki said being involved in music also has taught him how to manage his activities and his time better. In addition to his music classes during school time, he said he spends three to four hours each week playing on his own time.

“I have no clue what I would be doing with my life if it weren’t for music classes at schools — unless somehow I would have stumbled onto it,” he said.

There also has been discussion that music education helps improve the cognitive abilities of students, and there is evidence to prove that at WPHS. For the past four years, the Wheeling Park High School band has had the highest cumulative grade point average in the state, with the typical GPA among band students exceeding 3.8.

“The fact is, there is no education as comprehensive as arts education,” said band director David Alfred. “When we’re talking about teaching the whole child, we can’t have this without having artistic things that are cultural.”

He said the best reason to keep music education in the schools might just be “music for music’s sake.”

“Every so often, I run across someone who believes the arts are important — but only for those who enjoy them, for those who are talented,” he said. “But I always ask, why isn’t art important for other students? I know everybody isn’t a great singer, or a great cellist. But I also know most everybody enjoys watching movies, loves listening to music and wants more of this in their lives.

“It’s easy from a funding perspective to say you have to cut somewhere, but you don’t realize what you’re really giving up. It’s tied to the whole idea of culture being put forth. And we owe it to the students to have the opportunity to have arts, if only for the sake of culture.”

WPHS drama teacher Bill Cornforth also is the coach of the school’s speech team that has won 37 consecutive state titles. He believes students with artistic skills need artistic opportunities in the school.

“There are a lot of students who have an inclination to the arts, but no, not everyone does,” he said. “Some students have artistic ability, while some have athletic ability and are good at something else.

“If you don’t have arts in the schools, you are not serving a significant number of population. You are doing nothing to inspire those people.”

Cornforth questions why in many school districts the arts are the first to get cut when there are financial difficulties.

“I always ask, why that and not other things?” he said. “I understand finances are tight at times. But in some systems, the arts always get cut before other things. You have to wonder where their values are as they consider other things more important. We are lucky to be in a county where that is not the case — where our people do appreciate the arts. Our administration has always been focused on making the arts work.

“But in terms of common sense, if a student is happier in school doing what they are going to do in life, their whole attitude will be better. It is only logical that happier kids mean better attitudes.” 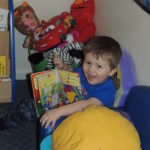 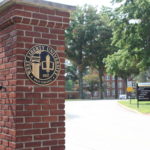 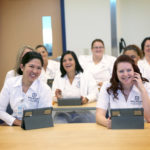 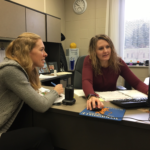