WHEELING — Everything from fishing poles and wine to an advanced college degree and health care options is available at The Highlands in Ohio County.

It’s the diversity of the development that is making The Highlands a regional destination location, according to Ohio County Commissioner Randy Wharton, also president of the Ohio County Development Authority. An AT&T call center and a number of light industry businesses also are located at the county-owned development.

And he believes the wealth of hotels and restaurants there might just entice visitors to stay a few days.

“It’s a nice diversification,” he said. “Even when one section of the business is down a bit, the others bring traffic. This helps the retail businesses.”

Wharton said the development’s biggest asset is its location along Interstate 70 — “one of the best traveled highways in the nation.”

“We also have a large anchor in Cabela’s, and it played a large part in us getting started,” he said. “We were fortunate to get them as an anchor… They are our premiere anchor, and since then we’ve become very diversified.”

The landing of Cabela’s as the initial tenant at The Highlands led to the West Virginia Legislature more than 15 years ago approving a tax increment financing deal for Ohio County to start The Highlands. This allowed sales tax revenue generated within the approved TIF district to be put toward additional landmoving and development at the site.

Before the property in Triadelphia was developed, it generated less than $3,000 for Ohio County in property taxes each year, according to Wharton. That amount is now between $3 million and $4 million annually.

The development is approaching 100 tenants, and between 3,500 and 4,000 jobs have been created there. Yearly payroll at The Highlands exceeds $70 million, and there has been $350 million in construction at the site, he said.

“Our motivation as commissioners has always been to improve the economic climate of the county, create jobs, expand our tax base,” Wharton said.

The county will now have to start thinking in more broad terms to continue development growth at The Highlands. This could include the construction of residential housing there in the terms of condoniniums or town houses — or perhaps a sports or entertainment facility.

Parents often drive long distances to take their children to sports offerings in the region.

“We just need to find locations that would be suitable,” Wharton said. “This is something we should at least consider, and something that might fit in. It’s something to keep our minds open to….

“We have so much more to offer. If we had this, we could capture that customer… not just for one night, but for a weekend. I think we have a business model for something like that.” 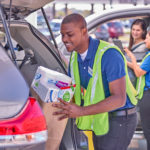 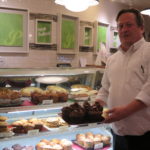 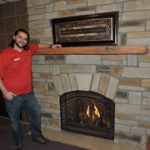 Personal Shopper an Old-Time Idea Back in High Tech

By LINDA COMINS Staff Writer Depending upon how one views the situation, the concept of a personal shopper has ...

Originating in Pittsburgh, the local franchisee owns and operates a location in Wintersville. Anthony Eonta, ... 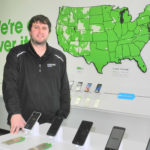