As runners’ legs work overtime during the Ogden Newspapers Half Marathon Classic on May 27, the Wheeling Police Department will be doing the same to keep participants and spectators safe during the event.

According to Deputy Chief Martin Kimball, there will be about 30 officers dedicated solely to the race, in addition to another seven or eight scheduled for normal shift work.

“I’ve got better than half the department working that day,” Kimball said.

The police department will have a command post along Water Street behind the Robert C. Byrd Intermodal Transportation Center, near the start/finish line at 14th and Main streets. In addition to those resources — “many the public will see, many the public will not see,” according to Kimball — there will be officers stationed at every major intersection along the course.

“We’re trying to get both vehicles and runners to safely occupy the same territory, and that’s difficult,” he said.

Kimball identified the U.S. 40/Kruger Street and U.S. 40/Bethany Pike intersections as the busiest along the course, while other potential trouble spots are the top of Wheeling Hill and downtown. He said traffic delays should be no more than a few minutes at a time.

“Be patient, we’ll get you where you need to go. … ,” Kimball said. “Leave early. Plan your day. Find an alternate route if available.”

Kimball said he’s hopeful the ongoing construction project downtown will be clear of the front entrance to the intermodal center along Main Street by race day, as officers would prefer to keep vehicles off Water Street, where the rear entrance to the garage is located, prior to the race.

Aside from the work on Main Street, however, Kimball said the race course should be relatively clear of construction.

“The (West Virginia Division of Highways) has been asked to review the course, and if there are any potholes, to patch them and provide a safe surface,” he added.

Proceeds from this year’s Ogden race will benefit the J.B. Chambers YMCA, located in the Elm Grove area of Wheeling.

Registration is available at ogdenhalfmarathonclassic.com.

Race events Saturday begin with the Half Marathon Walk at 7:30 a.m., followed by the Half Marathon Run and Run Relay at 8 a.m., the 5K Run/Walk at 8:15 a.m. and the mile-long Ogden Fun Run at 8:20 a.m. All those events begin and end at 14th and Main streets, with the exception of the Fun Run, which begins at 14th and Main but ends on Water Street.

Registration for the Tiny Tot Trot, a 100-yard dash for children 5 and under, begins at 7:30 a.m. and the trot takes place at 9 a.m. on Water Street near Heritage Port. 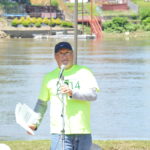 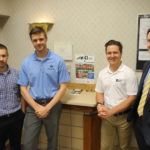 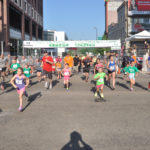 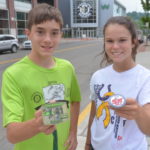