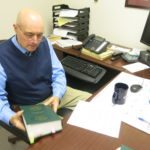 The Friendly City has no shortage of members of the law profession, a career path locally that often includes several generations of the same family.

Jim Bordas, co-founder and senior partner of the Bordas & Bordas law firm, believes the legal community in the Ohio Valley is necessary and offers community members many options and services.

“There are no more legal options available in the city of Wheeling than there are in other cities of like size that are the focal point of an entire region. … The number of options for lawyers that practice in Wheeling, in my opinion, do not exceed what you normally would find in most cities this size,” Bordas said.

Bordas has owned and operated the Bordas & Bordas law office for 32 years along side his wife, Linda, and son Jamie. The firm now boasts 20 attorneys with various practice areas including asbestos, nursing home, oil and gas.

Bordas describes the ins and outs of his career as providing direction and immediate assistance to others. “The daily functions of my job with the Bordas firm over the years have been to provide leadership to attempt to ensure that the lawyers of the firm are competent and skilled, to ensure that honest, efficient and prompt service is provided to all those who have contact with the Bordas firm and to act in a moral and Christian way in its dealings,” Bordas commented.

Though he has many moments that have defined his career, Bordas said his favorite moment has been standing alongside his wife and son as they have tried cases together.

As Bordas & Bordas attorneys spend much of their time in court, Ohio County Magistrate Joe Roxby spends every work day in downtown Wheeling going through a series of cases. Roxby has worked as a magistrate for nine years with 25 years of previous experience as a police officer.

“We ultimately resolve conflicts, which I did in policing without realizing it. … The daily functions of what we do here are arraignments, advise of charges, set bond, perform hearings and so on,” Roxby said.

Other functions of magistrate court include seeking counsel for alleged offenders, setting bond amounts and conditions for release and preliminary hearings for those charged with a felony offense. Roxby believes magistrate court is considered “the peoples court.”

“Here in magistrate court, we are the face of the West Virginia courts in a sense that you ask how many people have interacted with a circuit court judge and it is going to be very few. It is probably one out of 500 who have ever seen, shaken a hand or talked to a West Virginia state supreme court justice. Meanwhile, me, you and your uncle Charley — everybody knows a magistrate,” Roxby said.

Roxby looks back on his career and is proud to have helped citizens throughout the years. “A lady who said I saved her life, a police officer who said charges went well in federal court because I was hard on a search warrant, a welfare worker who could not get help — it’s why we do it,” said Roxby, whose previous career was as a Wheeling police officer.

Roxby wants citizens to know that it is not all hard ball when you walk into his courtroom for a hearing. “Understand that we hear cases and not prosecute them. I cannot talk to you if I have your case. … In my previous position as an officer, I had a role to protect the public and I now have a chance to continue that.” 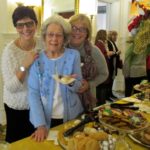 Teachers Required To Learn Before Earning

By JOSELYN KING and DYLAN McKENZIE Staff Writers WHEELING — Teachers have to learn and make the grade ... 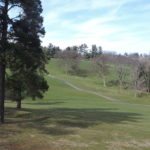 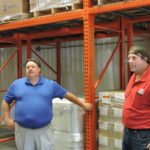 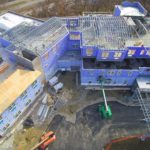 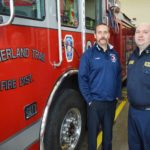