Plenty of Great Fishing Locations Around the Upper Ohio Valley 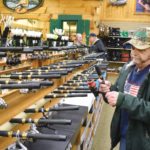 WHEELING — Whether it’s the Ohio River or a local lake or stream, the Upper Ohio Valley has plenty of great fishing locations for area anglers to choose from, according to two local authorities on the subject.

“The Ohio River is a very good fishing place. There are more species of fish in the Ohio River than any other body of water in the eastern U.S.,” said Bud Forte, marketing manager at Cabela’s at The Highlands in Triadelphia.

“We’re prolific in this area with smallmouth bass, and anglers absolutely love smallmouth because they put up a great fight and they’re wonderful to catch … and of course, all the bass clubs promote catch and release,” Forte said.

In addition to the river, Forte said there are plenty of lakes throughout eastern Ohio such as Piedmont, Seneca and Tappan that offer great fishing for area anglers.

Forte said there are also plenty of local fishing groups and clubs in the area.

“There’s a multitude of fishing groups in the Ohio Valley. One of the most prominent that we deal with (at Cabela’s) on a regular basis is the Mound City Bass Masters out of Moundsville. … There are members from all over the tri-state area that belong to that club. They are excellent partners in conservation and they also do all of the maintenance at the boat ramp at Fish Creek,” Forte said.

He said there are other fishing groups in the area including a Muskie club out around Piedmont Lake. “That’s a big fishing area for muskies and March is one of the best times of year to fish for the big trophy Muskies,” he said.

In addition, Forte said there are plenty of independent trout fishermen who belong to Trout Unlimited– a national nonprofit organization with about 300,000 members and supporters dedicated to conserving, protecting and restoring North America’s cold water fisheries and their watersheds.

“We have a regular (trout) stocking program here in the area and all over the state of West Virginia, by the West Virginia Division of Natural Resources. That is a program that has been in place for 75 years,” Forte said. He said in the local area, they begin bi-weekly trout stockings at locations such as Big Wheeling Creek and Bear Rock Lake as early as January since trout are a good cold water species.

Forte said not only does Cabela’s stock plenty of equipment and gear for the fishing enthusiast, their in-store fly shop charts water flows and levels of the streams throughout the state of West Virginia. “So they come in and check our board and see what the streams are doing … and we publish that information,” he added.

Cory Oszust, an officer with Mound City Bass Masters said the group has been active for 25 years. He said they are currently trying to grow the club membership by getting several local high schools involved with the club. Oszust said each time the group fishes a river or lake it is always a competition on the largest fish caught.

“We have boaters versus non-boaters and they both compete against each other,” he said.

Oszust said their membership enjoys fishing the Ohio River because it has such a large variety of species of fish in it.

“You have everything from perch, to smallmouth to largemouth, to gar (in the Ohio River) … to catfish. Smallmouth is the biggest bass we chase. … Smallmouth pound per pound is the hardest fighting fish there is in the world,” he said. Oszust said membership not only fishes at a number of local lakes, including: Tappan, Salt Fork and Seneca lakes, they also visit areas in West Virginia such as Stonewall Jackson Lake State Park. He said the membership always votes on the lakes they fish as a group.

“Anybody that has ever been into fishing has walked the bank. … My first fishing experience was walking a creek bank. … That’s what Mound City Bass Masters is all about is the grassroots of fishing. Anywhere there’s a fish biting we like to fish,” Oszust added.

For anyone interested in joining the Mound City Bass Masters must be at least 16 years of age. They meet at 6:30 p.m. on the first Tuesday of every month at the upstairs conference room at Cabela’s. 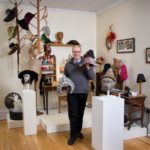 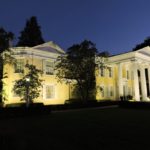 Events and Festivals Throughout The Year

By ROBERT A. DEFRANK Staff Writer ST. CLAIRSVILLE — Many unique events and festivals find their way onto the ... 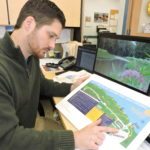 Wheeling Park System Is a Treasure 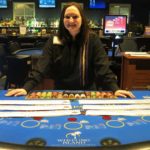 Pay to Play and Get Away at Area Casinos