BELLAIRE — Rock Hill Presbyterian Church in Bellaire remains rock solid after 108 years of spiritual service, and today it is a vibrant house of worship overlooking the “All-American Town.”

The church began under an Elm Tree in 1809. Word had been circulating on the hilltops above Bellaire that a traveling Presbyterian preacher was coming to the community, and this had many neighbors excited, according to church elder and historian Jeff Nelson. It wasn’t unusual at the time for one pastor to have four or more congregations in different communities, and to hold Sunday services at each one perhaps just once a month.

Nelson said there is no record of the first service, but the legend is that the church’s first congregation met under an elm tree in West Bellaire across from an old Indian field in the area of West 23rd and 26th streets. The Rev. Abraham Scott preached the first service near West Bellaire School on the banks of McMahon Creek.

There were probably about 80 to 90 people present for the first services, and the size of the congregation has remained virtually the same with only slight fluctuations over the past 108 years, he said.

Services continued to take place outdoors in the coming months, until members of the congregation decided they should build some kind of shelter to protect the reverend from the elements. A building was constructed at the south end of the current Rock Hill Cemetery on Patterson Hill Road on land that was leased from John Wallace, many of whose descendants still live on Patterson Hill Road.

Nelson said the area and church would come to be known as “Rock Hill” after grave diggers seeking to bury the dead near the church structure found it was tough land to dig.

The congregation continued to meet for the next 17 years, but it remained without a permanent pastor until 1834 when the Rev. Benjamin Mitchell became the first full-time minister at Rock Hill Presbyterian.

In 1902, a horrific storm struck the hilltops and a lightning bolt ignited the Rock Hill Presbyterian Church building. It burned to the ground.

The Galloway family donated property upon which the current church was constructed not far from the cemetery at what is now 65975 Patterson Hill Road. The new church building opened in 1903 and cost $13,000 to construct at that time, according to Nelson. In 2007, the building was placed on the National Register of Historic Places.

The church has continued to have physical upgrades during its history. In 1952, the congregation decided the church needed a basement, and the men of the church worked together to dig one.

It was also during the basement project that the church received indoor plumbing. Prior to this, there was an outdoor restroom for the congregation.

The church basement was dedicated in 1956.

“That was before you hired things out and you did them yourself,” Nelson said. “This church did that.”

More recent years have seen the church purchase a home next to the building, which can be used for Bible study classes and smaller meetings. This is so the larger church building doesn’t have to be heated up or cooled down outside of Sunday services.

A pavilion for picnics has been constructed adjacent to the church parking lot, and other renovations have been completed to make the church handicapped accessible and to add a bathroom and kitchen.

A Church Based on

Nelson said most members of the church are from families who have grown up with the church. Some are in their 90s, while a few newborns also have been christened at the church this year.

“We have never been big, and we’re certainly not rich,” he said. “We have no endowments, or money in the bank. We’re just a congregation that makes things happen.”

He said the church provides much assistance to those in the community who need it, and he believes the amount of money raised to be great considering the size of the church.

Nelson said tradition is at the heart of Rock Hill Presbyterian Church, and when the congregation sings “it sounds like a choir.” That’s because most of the members grew up in the church and learned to sing there.

There is no “praise band” at the church, and technology isn’t used to show scripture on the wall.

The biggest challenge for Rock Hill Presbyterian is to compete with more modern churches when today’s population isn’t seeking a traditional church, according to Nelson. He does wonder how many more generations of families will continue to attend Rock Hill.

“It depends on whether young people can stay in the valley whether this church will keep going,” Nelson said. “I don’t know. This issue isn’t so much the church, but is work and finding jobs. When you don’t have work here, you have to go where you can find work.” 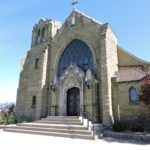 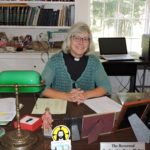 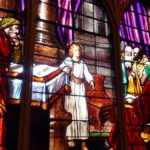